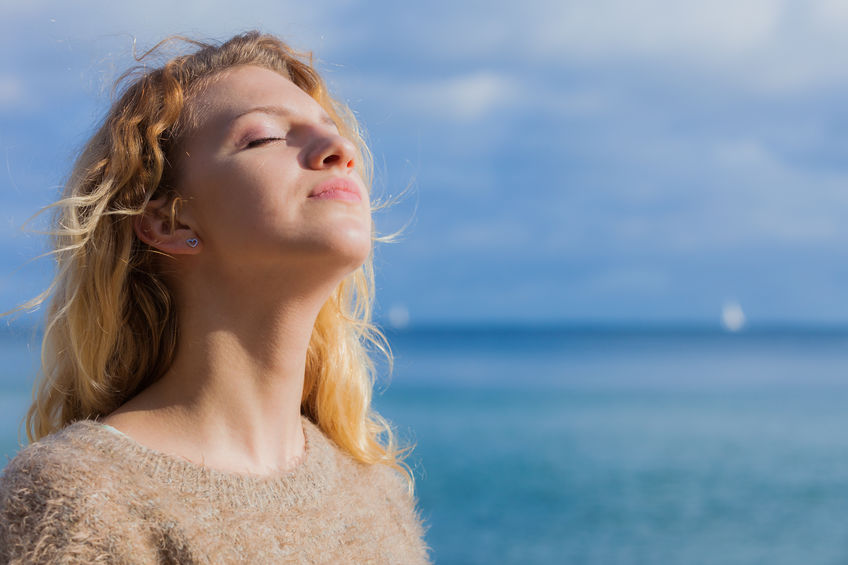 Experts from some of Ireland's most prestigious universities believe it does and have appealed to the Irish government to update its guidelines.

They suggest that a simple boost in vitamin d could reduce the risk of infection along with serious illness and potential death from the virus which has swept the globe since early 2020.

However, they claim that there has been no action from the government despite mounting evidence to back their claims.

The group cited a number of recent studies that have suggested that a major boost in vitamin d supplementation has been responsible for a significant reduction in the number of deaths among older nursing home residents.

Their findings also suggest that a boost in the nutrient which is usually boosted by exposure to sunlight and certain foods could also reduce the number of patients being admitted to intensive care units during the pandemic.

There have been recent studies which have revealed the positive findings of vitamin d supplementation and how it could be used to combat the virus.

One such study was out of Andalusia in Spain where an initiative by the public health system to supplement vulnerable groups including those in care homes, coincided with a dramatic fall in the daily number of Covid-19 deaths.

Numbers plummeted from 60 deaths per day in mid-November to just three per day by the first week in January.

Dr Dan McCartney, programme director of Human Nutrition and Dietetics at TU Dublin and Trinity College in Ireland is one of the academics, pushing the government to take action.

He says, “The current pandemic has claimed over 2,700 lives in this country and continues to pressurise our acute care system.

“Along with mask-wearing, hand-washing, social-distancing and cough etiquette, taking vitamin D supplements now will give the Irish population a degree of protection while the vaccine is being rolled out.

“Finland has recorded low Covid-19 infection and death rates in a country which has been compulsory enriching its milk and spreadable fats with vitamin D since 2003.

“Research from Germany has shown a fifteen-fold increased need for invasive mechanical ventilation and a six-fold increased risk of death in Covid-19 patients with low vitamin D levels, while data from Cordoba in Spain and from France and the UK have highlighted a 25-30 fold reduced risk of ICU admission and a substantial reduction in risk of death in Covid-19 patients supplemented with vitamin D.

“In the study from Cordoba in Spain, out of 76 patients who were admitted to hospital with Covid-19, 50 received activated vitamin D. The other 26 didn't get any vitamin D and all of the patients were tracked over their admission.

“Of the 50 patients who received vitamin D, only one went to ICU and recovered quickly and all 50 of these patients were discharged without complications.

“Of the 26 patients who didn't get vitamin D, 13 of them had to go to ICU and two of them died. Statistically, this equates to a 25-30 fold greater likelihood of being admitted to ICU amongst the people who didn't get this high dose vitamin D supplementation during their admission.

However, the Irish scientists are not the only ones who believe in the efficacy of vitamin d to fight Covid.

In March 2020, soon after the pandemic began, two hospitals in the north of England started to take vitamin d readings of those who had contracted the virus and prescribed them with high doses of the nutrient.

Their studies suggested that having sufficient levels of vitamin d, which is created in the lower layers of the skin through absorption of UVB in sunlight, plays an essential part in immune and metabolic function and can reduce the risk factors for certain ‘community-acquired’ respiratory illnesses such as Coronavirus.

However, the claims were disputed and when the Newcastle upon Tyne Hospitals NHS foundation trust made an informal recommendation to its clinicians to prescribe vitamin D, the decision was considered ‘unusual’.

“Our view was that this treatment is so safe and the crisis is so enormous that we don’t have time to debate,” said Dr Richard Quinton, a consultant endocrinologist at the Royal Victoria Infirmary in Newcastle.

A number of UK health bodies updated their own guidance on vitamin d at the end of 2020, where they advised older people to take vitamin d supplements during the autumn and winter months.

This is to support better bone and muscle health during what are the darkest months of the year when there is a limited amount of sunlight.

Dr McCartney said, “The larger UK study was published in December and showed a seven-fold reduction in mortality amongst hospitalised Covid-19 patients who were given high dose vitamin D supplements during their admission.”

However, the UK’s National Institute for Health and Care Excellence (NICE) and Public Health England (PHE) disagree saying they could not establish a direct link based on current evidence that further research was required using high-quality, randomised controlled trials.

In December, NICE published a paper on their guidelines on vitamin d supplementation and debated its possible benefits in preventing and reducing the severity of COVID-19 infection.

“The panel agreed that there was little evidence for using vitamin D supplements to prevent or treat COVID-19. However, they agreed that vitamin D use is well established for maintaining bone and muscle health.

“They stressed that everyone should consider taking a supplement containing 10 micrograms (400 units) of vitamin D daily between October and early March, when people in the UK do not make enough vitamin D from sunlight. They also stressed that this was particularly important during the COVID-19 pandemic, when people may have been indoors more than usual over the spring and summer.

When presented with the study results, the NICE panel said, “No evidence relevant to the protocol was found for the prevention question. The panel discussed the evidence for the association of vitamin D status with COVID-19. They agreed that low vitamin D status was associated with more severe outcomes from COVID-19.”

It is the recommendation of NICE that the majority of people should take a 10 microgram (400 IU) supplement of vitamin d between October and March as they generally don’t make enough vitamin d from natural sunlight.

Those from ethnic minorities who appear to be more at risk from the virus are advised to take 10 micrograms throughout the year. This is because their bodies produce vitamin d at a slower rate than other groups.

This is another reason some people believe that vitamin d deficiency in some groups is a potential risk factor for COVID-19.