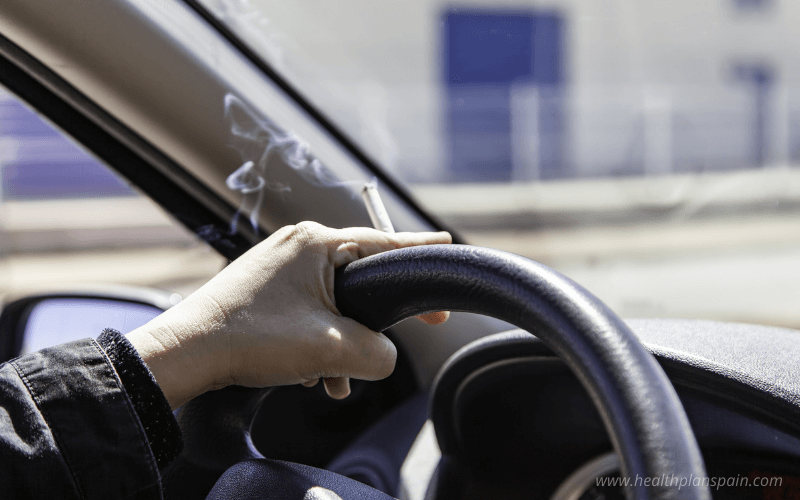 The Spanish government finalised its ambitious Comprehensive Plan for the Prevention and Control of Smoking 2021-2025, which will see smoking in cars banned.

The movement had been delayed due to full focus being on the Covid pandemic, however, the Ministry of Health finally surged ahead with the plan this week and the final draft is now complete.

Medical and scientific experts have been sent the draft, as have all of Spain’s autonomous communities, who now have until Wednesday, December 15 to present their offerings.

The plan, which has five 'goals' and 21 objectives, aims to ban smoking in cars, introduce generic packaging for cigarette brands and equalise the law by also imposing limitations on electronic cigarettes.

Minister of Health Carolina Darias, has suggested that Spain’s purpose is to follow standards that have been set by the European Union, along with the World Health Organisation (WHO), whose aim is to achieve a “tobacco-free generation” in the coming years.

Darias also recalled that “more than a decade has passed since the last substantial amendment regarding health measures against smoking” and that the 119-page plan proposes increasing the number of smoke-free places - which also includes heated tobacco products and e-cigarettes - “especially in outdoor spaces,” by 2023. These spaces will include terraces of restaurants and bars as well as around the vicinity of public buildings.

The Ministry of Health also wants to modify the law 28/2005 and the decree 579/2017 and wants it “to be implemented in two years” and therefore adapting all regulations against smoking “to the changes produced in the market with the appearance of new products and achieving progress in the regulation of smoke-free spaces.”

The new ruling would also see smoking in “certain spaces of private sphere” such as “private vehicles” banned.

The Ministry of Health also wants to amend the current law to reflect “the changes in the market with the appearance of new products” and this will include e-cigarettes. If approved, the new rulings would also see electronic cigarettes become subject to the same rules and regulations as regular tobacco products.

Cigarette packaging is also on the radar, with plans to adopt the same measures as countries like Australia and France, who have implemented generic packaging for all cigarette products and brands. They have also placed a ban on flavourings being added to all tobacco and other related products.

Advertising, promotion and sponsorship of tobacco products and the underhand advertising and promotions on social networks will also be cracked down on in the government's new plan.

As well as the above changes, the Health Minister also wants to “promote the revision of taxation to achieve an increase and approximation of the price of all tobacco products and heating devices used for their consumption” and in addition “promote that e-cigarettes are taxed with excise duty”.

According to the proposed plan, "Spain plans to reach the goal established by the WHO of a relative reduction of 30% in tobacco consumption by the year 2025,” whilst continuing to reduce the country’s environmental impact by banning smoking on its beaches.

In general, Spain as a country wants to conform with the regulations set by the European Union to lower the general daily smoking rates by 5% by 2040 and for the 14 to 18-year-old age group a reduction of 7%.