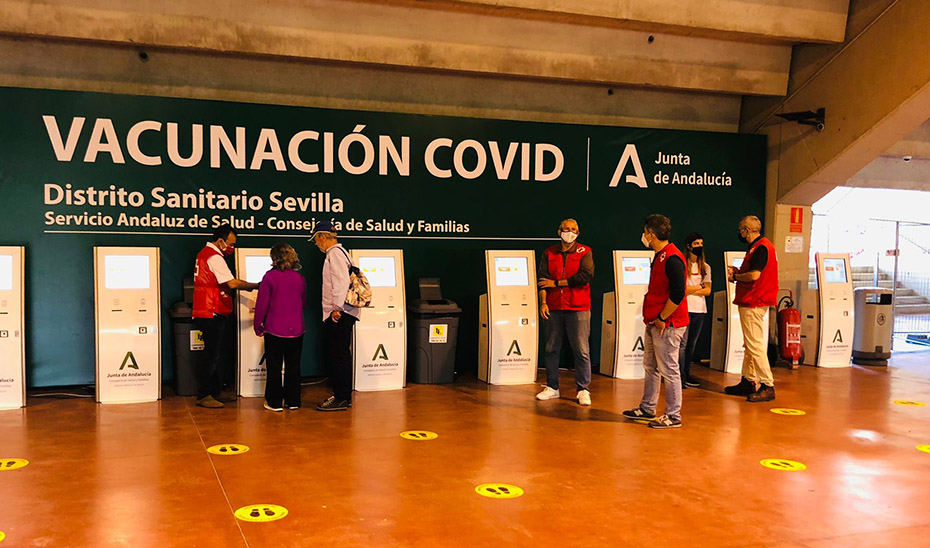 Spain’s vaccination campaign has seen 738,000 residents receive Covid jabs since October 1. However, according to data from the Ministry of Health, there are still 3,654,040 residents who have still not been inoculated, especially in the 20 to 39 age group.

As the summer months came to an end, the vaccination crusade began to stagnate and figures show that more than 4 million people had not received a jab. However, in the last two months and with the news of a sixth wave, plus talk of the introduction of the Covid passport, the number of vaccines administered has steadily increased.

As far as age groups are concerned, Ministry of Health data shows that the 20 to 39 age group are the furthest behind, with coverage that barely exceeds 80%. This figure is much lower than in younger age groups, such as the 12 to 19 years, which currently has a coverage of 88%.

The older age groups have however been keener to receive the vaccine, as figures show that only 5% of residents haven’t yet been vaccinated and in the 40 to 49 age group, 10% remain unvaccinated.

So far Spain’s target, for over 12-year-olds, was 42,119,827 residents, however, this figure is set to grow as the Health department has decided to now extend the vaccinations to those aged between 5 and 11 years. This operation, for a group of approximately 3.3 million, will begin from December 15.

With this age group included, Spain’s new vaccination target will be roughly 45.5 million residents. This will represent 90% of the entire population of Spain, as the other 10% is made up of children aged 0 to 4 years. The decision as to whether this age group could safely receive any of the vaccines is still being studied and discussed.

To date, 37,684,831 residents aged over 12 years in Spain have received full coverage from the vaccines, whether that be with a double dose or the single Janssen vaccine. That equates to 89.5% of the population.

The vaccination campaign didn’t stop there, as in September the rollout of a third vaccine, or booster jab began. To date, some 5,898,138 doses have been administered, with the first candidates to receive the extra dose being people living in nursing homes and those who are considered to be vulnerable. Those groups were then followed by those aged 70 and over and those who have had the single Janssen vaccine.

In the last few weeks the Ministry of Health has given the go-ahead for the booster jab to be given to those aged over 60 years, a large part of whom received the Astra-Zeneca vaccine. It isn’t yet known how many in this age group have received the third jab, as data from the Health Department has not yet been released.

Data has however been released for those aged over 70 years of age and that shows that 71.8% in that age group have been given the third jab, whilst almost 40% of residents who received the single Janssen vaccine have also had the booster.