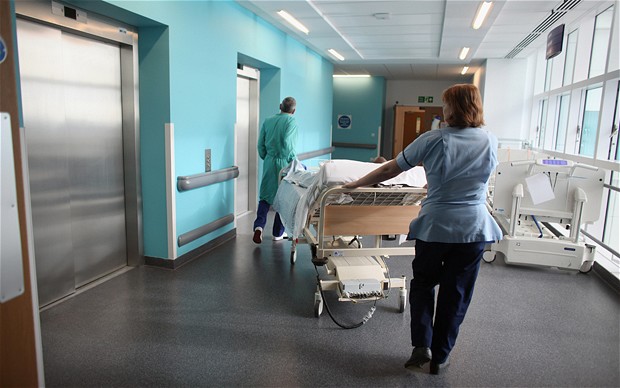 New Surcharge to Stop Expats in Spain Using the NHS Health News May 07, 2015

British expats who are now living permanently in Spain, but who regularly return to the UK in order to access medical advice or assistance may be in for a bit of a shock. The NHS has decided to clamp down on people living abroad, but who are still using their limited resources. From 6th of April 2015 nobody will be able to 'pop home' just to take advantage of all the NHS offers. Instead, they will have to pay a 'health surcharge'.

Under the new rules, anyone who lives outside of UK will have to declare where they are 'ordinarily resident'. A spokesperson for the NHS has outlined that, "Free NHS treatment is provided on the basis of someone being 'ordinarily resident'. It is not dependent upon nationality, payment of UK taxes, national insurance contributions, being registered with a GP, having an NHS number or owning property in the UK." This is in line with the European agreement that rules that all EU citizens should receive healthcare in the country they live in, regardless of their nationality or citizenship.

There will be no period of grace – expats will lose their right to access the NHS the moment they leave the UK.

Those expats who do try to access emergency treatment in the UK will face steep fines if they don't have paperwork from their country of residence in place authorising such treatment. The NHS is seeking to reign in the £500 million (€695 million or $746 million) in lost revenue it loses annually.

Unfortunately, many new arrivals to Spain discover that they sometimes have to jump over bureaucratic and language hurdles before they can access health care in their adopted country. This means that many will have to turn to private healthcare, which usually helps them to overcome these barriers.

Under the new rules, expats who need treatment in the UK will have to show a European Health Insurance Card (EHIC) issued by their country of residence or valid insurance policy. It is important to also note that there has been much confusion over the validity of the EHIC cards, with many claiming that they have been flatly rejected when attempting to pay for emergency medical treatment within the EU.

Potential charges for patients without proper insurance will swiftly mount up. Intensive care beds, for example are charged at a rate of £1,800 a day (€2495, $2683). The cost of procedures and drugs adds more to this and outpatient appointments will cost somewhere in the region of £248 per visit (€348, $369).

The one exemption to the new rules is for those UK pensioners who retired to Spain after spending their working lives in Britain, however, they do still need to fill in the correct paperwork. The Department of Health have stated that, "They will now have the same rights to NHS care as people who live in England. This applies to all pensioners who receive a UK state retirement pension and are registered for healthcare in Europe with an S1 form."

It is important to note that since the 31st of March 2014, the S1 form has no longer been available for early retirees leaving the UK to live abroad, meaning that private health cover should be sought.

Treatment in A&E departments and at GP surgeries will remain free for all under the guidelines providing expats have a valid insurance policy or are exempt from the surcharge.

The 'health surcharge' will also be part of the visa application and aims to ensure that those travelling to the UK for work, study or to join family make an appropriate financial contribution to the cost of the health services they may use whilst in the UK. The health surcharge will be £200 per year and £150 per year for students to be paid online for the total period of their UK visa. Dependants will generally pay the same amount as the main applicant.

If you have one of our low-cost health insurance policies, you will be pleased to know that you are automatically covered for medical emergencies worldwide up to €10k per person, per year. All you have to do is call our international emergency number and you will be advised where to go to be treated.

If you prefer more comprehensive international cover, we can also offer a range of international options to suit every budget, which can be added to your base policy (from €15 euros per person per month).