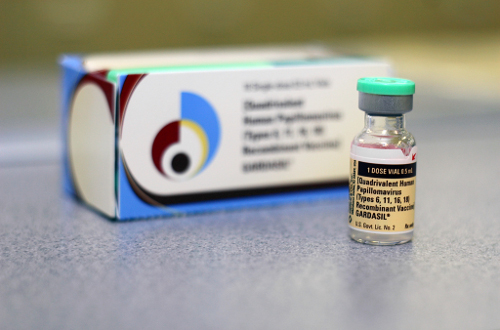 A public health professor from Spain is leading a campaign to prevent the use of human papilloma virus (HPV) vaccination in the country, claiming that the vaccine is "not necessary or effective, and it's not even safe." Dr. Carlos Alvarez-Dardet has begun a petition calling for the suspension of the vaccination programme on girls from the age of 12 in Spain, on the grounds that it is unnecessary.

This is in spite of the fact that investigations by the European Medicines Agency's (EMA's) Committee for Medicinal Products for Human Use (CHMP) and the Pharmacovigilance Risk Assessment Committee (PRAC) have not found any link between the vaccines and the development of two syndromes, Complex Regional Pain Syndrome (CRPS) and Postural Orthostatic Tachycardia Syndrome (POTS).

The human papilloma virus (HPV) is the name given to a group of approximately 100 viruses that can vary from being high risk (causing cancer) to low risk (warts or verrucas). In cases of cervical cancer, the vast majority (99%) occur after infection of high-risk HPV. Unfortunately, HPV often has no symptoms.

From the age of 12 girls are offered a vaccination to protect against cervical cancer. Approximately 8 women are diagnosed with cervical cancer every day, and in fact as many as half the population will be infected at some time in their life with genital warts. In most cases the immune system gets rid of infection, but where it doesn't the virus can get out of hand. Even though most girls don't start having sex until after they're 16 or older, it is vitally important that they are protected against HPV as early as possible.

HPV Infection Can Cause

The vaccine against HPV is named Gardasil and is used throughout Europe. It offers protection against the two types of HPV that are responsible for more than 70% of cervical cancers, and it prevents genital warts.

The HPV vaccine is given as a series of two injections within a six- to 24-month period and studies suggest that the vaccine protects against HPV infection for around 10 years, although experts expect protection to be for longer than this.

Gardasil is manufactured by pharmaceutical company, Merck & Co. and is also known as Gardisil or Silgard. It is used to prevent HPV types 6, 11, 16, 18, of which types 16 and 18 cause an estimated 70% of cervical cancers and types 6 and 11 cause an estimated 90% of genital warts cases. It is recommended for HPV positive individuals, but does not treat existing infection.

Each dose contains polysorbate 80 and aluminium and is created by gene-cloning the cells of Trichoplusia ni, a worm-like insect. It was approved by the U.S. Food and Drug Administration (FDA) in 2006 and has been approved in 120 other countries. The NHS in the UK have deemed it safe, however concerns have been raised in other countries.

Over 1300 girls and young women have experienced chronic symptoms after undergoing HPV vaccination in Denmark and they are now being treated at specialist centres. The Danish government has chosen to fund an independent investigation because they are not sure that European conclusions that the drug is safe are "valid."

Similarly, Japan stopped recommending HPV vaccination in 2013 and has also set up specialist centres to treat affected girls, although the Japanese government is still providing the vaccination.

Data from the USA shows that by February 2011, there had been more than 20,500 adverse reaction reports about Gardasil with an average of 12 reports per day. Approximately 50% of these reports required a doctor or emergency hospital visit and many girls and young women needed to be admitted. The FDA notes 89 deaths due to blood clots, heart disease and other causes, and many victims were stricken with serious and life-threatening disabilities.

In Spain, there are several criminal lawsuits pending, filed against the manufacturers of the HPV vaccine. In June 19 2014, in Logroño, Spain, Attorney Don Manuel Sáez Ochoa filed a criminal complaint against Merck-Sanofi Pasteur Laboratories, Spanish National Health authorities, and the regional health authorities of the La Rioja province on behalf of Zuriñe Jiménez Guereño and her mother Doña Maria del Carmen Jiménez Guereño "for injuries and disabilities suffered by Zuriñe after the administration of Gardasil".

The subject of Spain's most high profile case, Zuriñe, was a normal healthy, athletic and academically gifted girl until she received the recommended three doses of Gardasil via her school when she was 13 years old. Three weeks later, she was admitted to hospital suffering symptoms including dizziness, fatigue and convulsions. It was eventually found that she now has a severe cell disease, oxidative stress linked to a demineralization of her body, and her body is that of a woman in her sixties. She is unlikely to regain a normal life.

The EMA recently completed its review of the evidence surrounding reports of two syndromes, CRPS and POTS, in those young women given HPV vaccines and sees no link between the two. They say, "there is no reason to change the way the vaccines are used or amend the current product information." They published research and data from clinical trials that they carried out and consulted leading experts in the field. CHMP concurred that the evidence does not support the view that CRPS and POTS are caused by HPV vaccines and did not recommend any changes to existing licensing terms or product information available with the medicines.

Petition Against HPV Vaccination in Spain

However, in Spain, Professor of Public Health at the University of Alicante, Carlos Alvarez-Dardet - a past president of the European Public Health Association and the Spanish Society of Public Health and Health Administration, has launched a petition against HPV vaccination that is rapidly gaining momentum and now has more than 35,000 signatures.

He has reported on various side effects that have occurred in girls after HPV vaccination. These include death, permanent disability due to nervous system disease, autoimmune disorders, pulmonary embolisms, Guillain-Barré syndrome, seizures, fainting, tremors, syncope, dizziness, pancreatitis, lupus, and others. Alvarez-Dardet is also unhappy with the efficacy of the vaccine, claiming that it only protects against a few strains of HPV and this protection is short lived.

Alternatives to the vaccination include:

If you are the parent of a girl who is coming up to the age of 12, you will need to make a decision regarding accepting the vaccination or not. There is evidence in support of vaccination – over 120 countries use the vaccine after all, and it is known to prevent 70% of cancers, and 90% of cases of genital warts. In the vast majority of cases, there are no problems among girls and young women who have received the vaccination.

Alternately you have to consider whether the side effects that have been reported in a number of high profile cases are worth the risk. The thing to bear in mind is that the HPV vaccine is useless if your daughter becomes infected once she is sexually active, so you cannot delay the decision for too long. The advice would be, read as much as you can, and make a decision you are comfortable with, in good time.

For further information on vaccinations in Spain, see our article