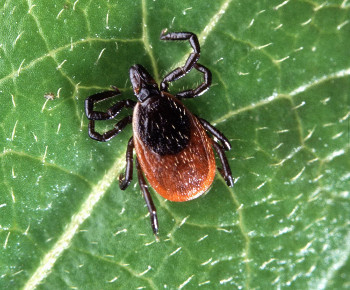 Madrid health authorities are currently taking measures to contain a recent outbreak of Crimean-Congo Haemorrhagic Fever (CCHF) in the region after one man died with the nurse treating him also contracting the disease.

It's believed that around 200 people that may have recently come into contact with the two victims are also being closely monitored to ascertain whether they have also been infected.

In another separate case a 62 year old man died on the 25th of August at Madrid's Gregorio Marañón hospital after it is believed that he was infected by a tick while walking in the countryside in the Castilla and León region.

CCHF is usually endemic to Asia, Balkans, Africa and the Middle East and it is thought to be the first case of the disease that has been contracted domestically in Spain and Western Europe.

The disease is caused by the tick-borne virus (Nairovirus) of the Bunyaviridae family and can be fatal in up to 40% of cases with death usually occurring with the second week of infection.

Symptoms of CCHF can include:-

The CCHF virus is transmitted to people either by tick bite or through contact with infected animal blood or tissues. People who are involved in the livestock industry, such as slaughterhouses and agricultural workers are particularly at risk.

It can also be transmitted from human-to-human through contact with infected blood and bodily fluids. Medical staff can also be infected due to improper sterilisation of medical equipment.

There is no current safe vaccine that can be used on humans, but there are some steps that can be taken to help prevent exposure to the ticks which pass on the virus.

If you are walking in wooded areas it is advisable to wear long sleeved clothing, also clothing that is light in color so any ticks can be spotted easily. It is also recommended to use an insect repellent that contains deet as this will prevent ticks from attacking any exposed skin.

For further details on Crimean-Congo Haemorrhagic Fever, please visit the WHO page at http://www.who.int/mediacentre/factsheets/fs208/en/