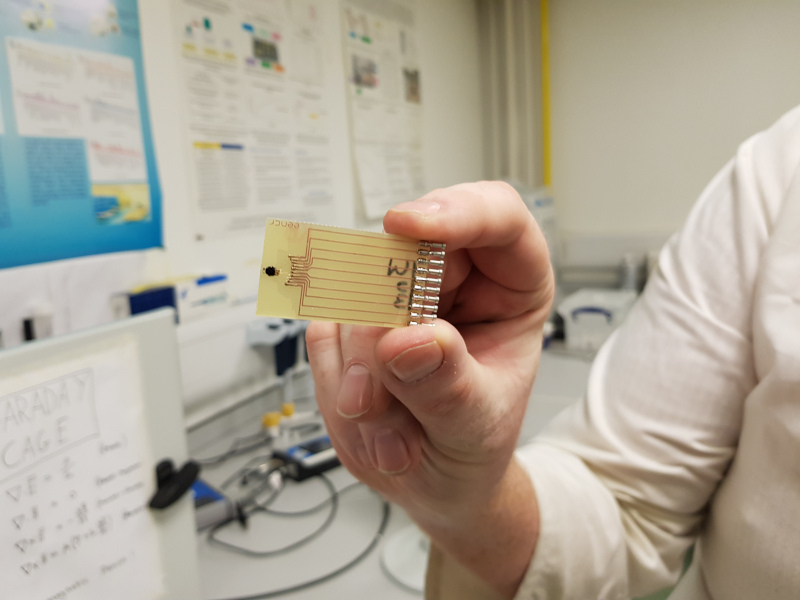 Thousands of lives could be saved each year thanks to a new rapid sepsis test, developed by researchers at the University of Strathclyde.

Crucially, it could mean that the average time taken to diagnose the condition could plummet from around 72 hours to just three minutes.

Due to the complexities of the symptoms of sepsis, it can be difficult to diagnose in sufficient enough time for the patient to receive the correct antibiotics.

In the UK alone, around 52,000 people are killed each year from the deadly condition, which is usually triggered by an infection.

An infection can begin anywhere in the body through urine or chest infections, abdominal problems, burst ulcers or even from simple cuts and bites.

If a sepsis infection goes untreated, the immune system can go into overdrive and start attacking the vital organs. The patient can then go into shock and suffer from multiple organ failure and possible death as a result.

The test is not only fast, but also low-cost and uses a biosensor device to check for the presence of a specific protein biomarker called interleukin-6 (IL-6). IL-6 is produced by the immune system and commonly found in the bloodstream of those who have contracted sepsis.

Some of the most common symptoms of sepsis include a high temperature, fast breathing, a rapid heartbeat, confusion or disorientation, nausea, chills, diarrhoea and cold clammy mottled skin.

Dr Damion Corrigan, from the biomedical engineering department at the University of Strathclyde, said:

"With sepsis, the timing is key. For every hour that you delay antibiotic treatment, the likelihood of death increases."

“At the moment, the 72-hour blood test is a very labour intensive process but the type of test we envisage could be at the bedside and involve doctors or nurses being able to monitor levels of sepsis biomarkers for themselves.”

“If GP surgeries had access they could also do quick tests which could potentially save lives.”

“It could also be available in A&E departments so that anyone coming in with a question mark could be quickly ruled in or out.”

“I would hope the test could improve survival rates by ensuring people get treatment more quickly.”

“The test could stop a lot of suffering.”

It is hoped that the test will eventually be used in GP surgeries and in hospitals and help medical practitioners to diagnose the condition quickly.

Dr Corrigan, said "If GP surgeries had access they could also do quick tests which could potentially save lives. It could also be available in A&E departments so that anyone coming in with a question mark could be quickly ruled in or out."

Image courtesy of the University of Strathclyde.