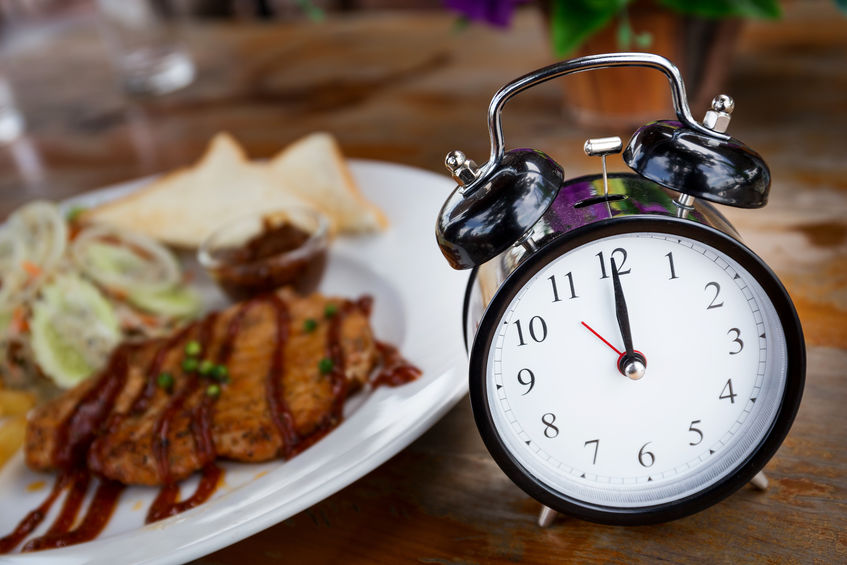 We have always been led to believe that a poor diet could put us at higher risk of heart disease, but researchers are now saying that what time we eat may also play a major role.

A year long study of 112 women has found that women who have dinner after 6pm, could be at greater risk of the world’s leading killer, heart disease.

Columbia University experts who carried out the study, say choosing to eat earlier in the evening could be a ‘simple’ way of lowering the risk of heart disease. Research showed that those who ate later in the evening were at greater risk of high body mass index (BMI), high blood pressure and poor control of blood sugar levels.

The results showed that for every one percent rise in calorie intake after 6pm, heart health was reduced. This is because eating late at night actually keeps the body on ‘high alert’, when in fact it should be beginning to wind down.

The American Association’s ‘Life’s Simple 7’ measures, was used to assess cardiovascular health. The seven measures include eating healthily and staying slim, not smoking, being active and having low blood pressure, cholesterol and blood sugar levels.

Studies have consistently shown that people who adhere to more of these measures actually have a lower risk of stroke and heart disease.

The participants, who had an average age of 33, were given a heart health score at the beginning of the study and this was repeated a year later.

All those taking part in the study kept an electronic food diary. For one week at the beginning and again near the end of the study, they kept track of what they ate and when they ate it.

Researchers said that blood pressure should drop by at least 10% before you go to sleep, but found that eating a meal actually interrupts this.

"A late dinner, the result of modern-day life, goes against our natural body clock," explained one of the researchers, Dr Nour Makarem.

“We evolved to adopt a 24-hour light and dark cycle, meaning we eat and are active during the day and we sleep at night.

“But our more demanding work schedules and commutes push everything later and now we are eating at unconventional times.

“So far, lifestyle approaches to prevent heart disease have focused on what we eat and how much we eat.

“These preliminary results indicate that intentional eating that is mindful of the timing and proportion of calories in evening meals may represent a simple, modifiable behavior that can help lower heart disease risk.”

She called for further trials to investigate the link, as well as larger ones to try and prove a cause and effect.

While this particular study didn’t look at men, similar studies on men have shown similar results.

For example, researchers from Harvard found that men who regularly indulge in a late night snack, had a 55% higher risk of coronary heart disease than those that didn’t.

Dr Nour Makarem and her team, didn’t actually specify exactly how many calories was the threshold for their findings. But the current calorie recommendations for after 6pm is no more than 30% of the daily total. This is around 600 calories for women and 750 calories for men. These are based on government guidelines.

It wasn’t proven that eating late led to heart disease, but a link was uncovered to a well known risk factor for the condition.

Professor Kristin Newby, part of an initiative created by the American Heart Association (AHA) to raise awareness and improve the heart health of women, said the findings were 'important'.

She said, “I think it provides some really interesting insights into an aspect of nutrition and how it relates to cardiovascular risk factors that we really haven't thought about before.

“If you're healthy now or if you have heart disease, you can always do more. That goes along with being heart smart and heart healthy.”