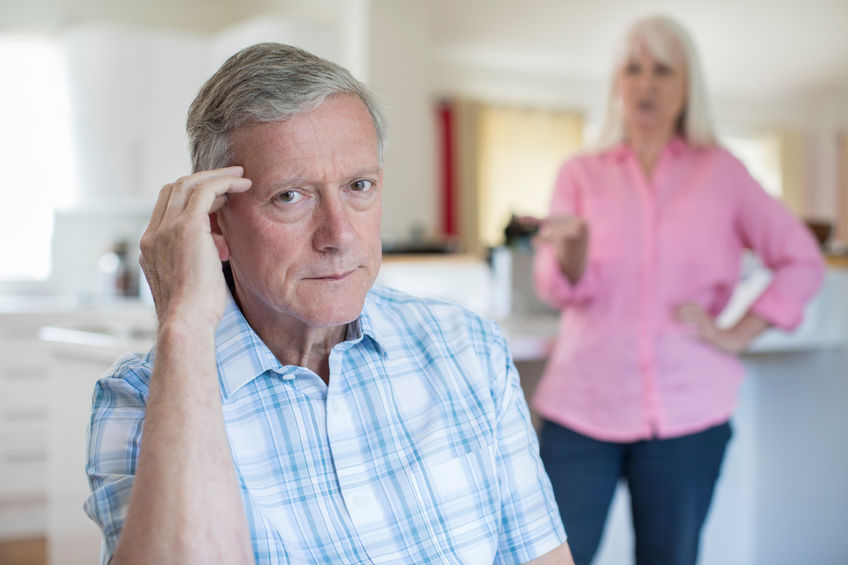 According to a recent study, three quarters of Brits believe that their partner has ‘selective hearing’ and men are 'worse' than women.

It is a familiar scenario for many couples across the UK, they ask their other half to do something and they conveniently ‘don’t hear’ what has been said. And it seems that men are more likely than women to conveniently not hear what their partner had said to them.

According to the study, men ‘will not hear’ what their other half is saying a little over seven times a week or roughly 388 times a year!

In comparison, the study showed that women will choose 'not to listen' to their partners just six times a week, approximately 339 times-a-year.

However annoying this may be, experts at Scrivens Hearing Centre, who are marking Hearing Awareness Month, warn that this could be more than just simple laziness and may actually be something to be concerned about.

More than half of adults (54%) did admit that they were concerned about their partner’s ‘selective hearing’. And around four in 10 went even further, saying that they knew for a fact that their other half struggles to hear, especially in social gatherings.

Kirran Saimbi, Scrivens senior hearing aid audiologist said: “Most of us will have experienced ‘selective hearing’ - either being the accused or the accuser.”

“But joking aside, ‘selective hearing’ could be a sign of hearing loss”.

“Left ignored, hearing loss can lead to isolation, depression and there is evidence of a link with dementia”.

“The changes in our hearing are often so subtle and happen over time, that it can be very hard for us to notice the impact it’s having on our lives and those around us. That’s why regular hearing checks are so important.”

A third of the 2,000 adults that were polled, said that when they spoke to their partner, it looked like they were trying to read their lips as they can’t work out what is being said. This is a common sign of hearing loss.

47 percent also admitted that their partner has a tendency to mumble when they speak. This is another indicator of possible hearing problems.

Another symptom of hearing difficulties is the inability to hear consonants. And more than a quarter of study participants had demonstrated signs of this.

Six in 10 also said that their spouse has a tendency to watch television or listen to the radio with the volume turned up high.

And a third revealed that their partner frequently has to resort to asking others to speak more slowly, clearly and loudly.

The study by Scrivens, was carried out through OnePoll and it found that a third of those involved in the study, actually had no idea that free hearing tests and hearing care services are available in many high street locations, such as opticians.

Kirran Saimbi added: “The earlier we can seek help for hearing loss the better, as it can prevent common side-effects such as social withdrawal and depression”.

“Whether or not we suspect our hearing isn’t as good as it used to be, regular hearing checks are a good way of monitoring our ear health.”