Popular supermarket chain LIDL has urgently recalled a range of its dried oregano products after they were discovered to contain high levels of a toxin linked to serious and potentially fatal liver disease.

The product which was announced in a company consumer alert on Friday is the Kania range of dried oregano produced by WEIAN GmbH.

The withdrawn product is commonly sold in a standard 7.5 gram herb bottle with a consumption expiry date of July 2022. The company which has over 500 stores in Spain has now removed the product from its supermarket shelves.

The contaminated products which have lot numbers LA91832 and LC91834 are said to contain Pyrrolizidine alkaloids, which have been linked to serious liver conditions.

Although Pyrrolizidine alkaloids are a natural compound, when consumed in large quantities it may cause liver damage and lead to cancer.

At the end of January, LIDL UK issued an urgent recall of the same product over cancer fears. 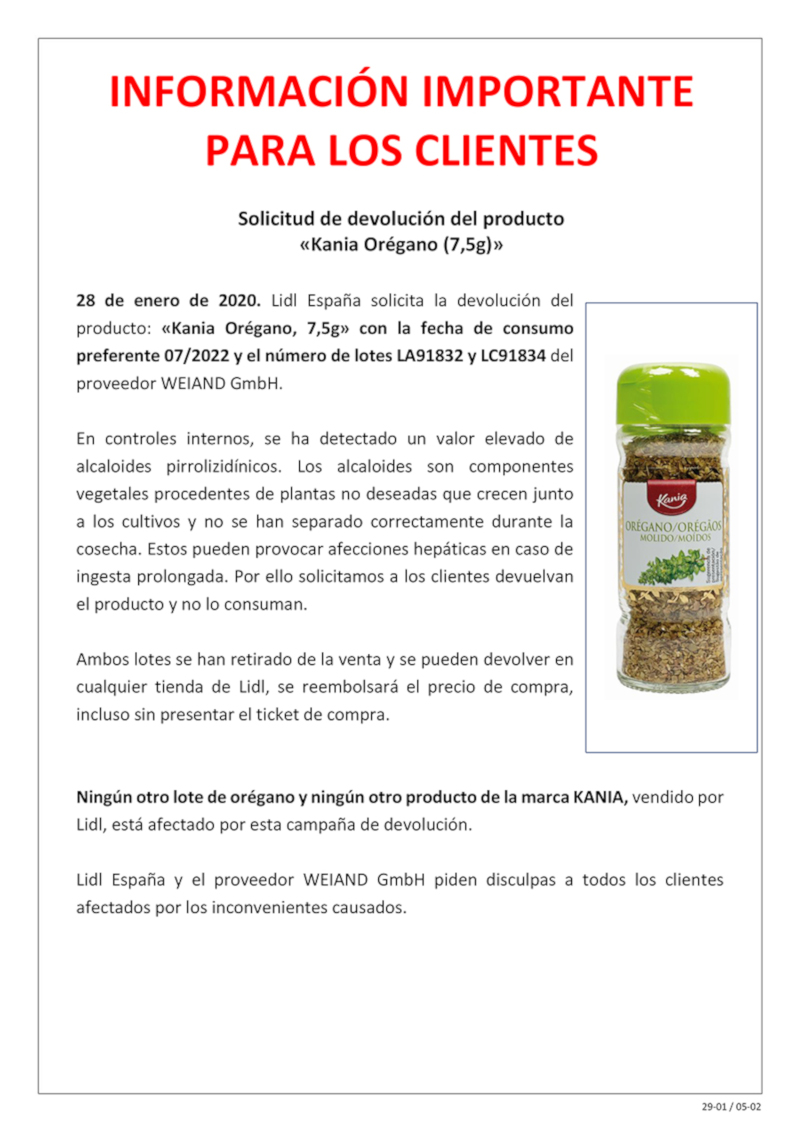 LIDL have assured customers that the contamination has not affected any other of its store products including existing products in the Kania range.

They have also stated that customers may return any of the products for a full refund at any of their Spanish stores.

You can see LIDL's statement on the recall of the product here https://www.lidl.es/es/devolucion-producto-oregano-kania.htm