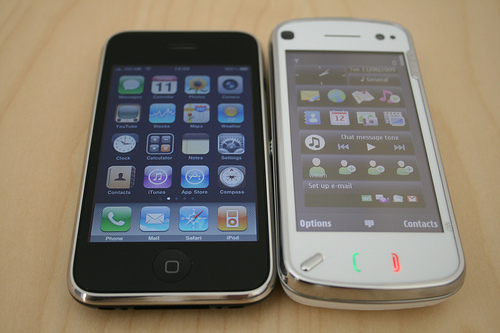 Your Smartphone may well be your constant companion; a piece of technology that you feel you cannot do without. It keeps you connected to family and friends, and to business. It entertains you with music, movies, games, news and social media. In fact, your Smartphone has all the benefits of a computer. A world of information is at your fingertips, and as such you never leave home without it. But were you aware that your Smartphone may very well be harming your health? How so you may ask. Well, here is a list of 10 ways that your Smartphone can indeed harm your health.

Your Smartphone Hurts Your Eyes

When you're on your Smartphone a great deal you will find you are straining your eyes a lot. This is particularly true with internet graphics and games. The constant changes in brightness and detail cause your eyes to constantly have to adapt to the stimulus. Because you don't want to miss a single detail of all these abrupt, but exciting changes, it means you blink less and can suffer from chronic dry eye syndrome.

Your Smartphone Alters Your Behaviour
Smartphone addiction is now well-recognized as a medical condition. People have become addicted to websites, social media sites and games and this alters their behaviour in negative ways. Not only does constantly peering at your Smartphone lower your productivity and increase your anxiety levels, it can impact on your emotional self. People who spend long hours on social media sites are often addicted to the positive feeling they get when someone 'likes' them or acknowledges them in some way.

Posting selfies can have an impact on your self-image depending on how people respond to the picture. Even worse, the anonymity of being online has led to an increase in cyber bullying – where people feel able to say things to others that they rarely would face-to face. This bullying leads to misery for many, and self-harm and suicide for some.

Your Smartphone Can Cause Nomophobia

Nomophobia or 'no-mobile-phone-phobia' is thought to affect a staggering 84 percent of the world's developed population who claim that they cannot go one day without their smartphone. Approximately two-thirds of teens and young adults check their phones every 15 minutes or less and stress about missing calls, texts and Facebook updates.

Your Smartphone Causes Hyperactivity and Stress

Teenagers, children and adults are exhausted because they spend long hours on their smartphone or playing games or surfing the net. This can also affect the digestion, breathing rate and heart beat rate. You bought your Smartphone because you wanted to be accessible all the time, but this means you never have a chance to relax and unwind. If you find yourself feeling pale, drained and fatigued it's time to put the Smartphone down and escape into the fresh air with your family, friends or pets.

Your Smartphone Destroys Your Focus

You focus on your phone and nothing else. While you check for texts, messages and status updates, life happens around you without you being part of it.

Your Smartphone Leaves You Open to Risk of Serious Injury

Your Smartphone may well be a dangerous distraction at times. Using your phone while driving or walking can lead to accidents. Scientists at Carnegie Mellon University found that listening to someone talk reduces brain activity by 37 percent, which is deadly if you're on the phone while driving. A study by the University of Washington found that pedestrians who walked and texted at the same time took 1.87 extra seconds to cross the road and were four times more likely to ignore lights or forget to look both ways before crossing.

Your Smartphone Can Make You Physically Sick

The touchscreen on your Smartphone is covered in bacteria. A report published in the Journal of Applied Microbiology found that "20 percent to 30 percent of viruses on a glass surface similar to a smartphone screen will transfer to your fingertips," and then make the short trip to your mouth or eyes. A University of Arizona study found that the average phone has up to 10 times the amount of bacteria found in a bathroom because we carry them everywhere (including the bathroom and kitchen) and rarely wash our hands.

Your Smartphone Can Damage Your Posture

While gazing at your phone for long hours you are undoubtedly spending a great deal of time in a fixed position with a bent neck and fixed arms. Pain, muscle spasms and restlessness are just short-term effects of bad posture, but in the long term more chronic conditions may occur, such as cervical spondylitis, golfers elbow, chronic dry eye syndrome, stiffness in thumbs, neck and back.

Your Smartphone Can Cause Digital Insomnia

Digital insomnia is caused by staring at a backlit screen late at night. The blue and green light wavelengths that are produced by iPads and smartphones are known to fool the brain into staying awake. Teenagers are particularly at risk of this phenomenon, as they spend hours per day and long into the night either texting or posting to their friends' Facebook walls, while many people sleep with their handsets. Exposure to artificial light before going to bed suppresses the brain's capacity to release the hormone melatonin, which regulates the sleep cycle.

Your Smartphone May Give You Cancer

There have been plenty of scare stories about the links between mobiles and brain tumours and in fact the World Health Organization has listed smartphones as "possibly carcinogenic". It is true that the research is still inconclusive, but bear in mind that studies showing them to be completely safe have tended to be funded by major telecommunication companies and so are biased. Those studies that have found risks have been independently funded and produced through better science.

While some researchers believe that tablets and phones do not pose a significant immediate threat to the brain, the Institute of Environmental Medicine in Sweden, has admitted it does not have enough data to predict whether today's heavy mobile phone users will get cancer in 20 or 30 years.

Radiation from Smartphones has been linked to sleep disturbance, reduced sperm count and erectile dysfunction in men who carry their phones in their front pocket or trousers.

Hopefully, this article will help you to become more aware of how you are using your phone and whether it's having a negative impact on your health. 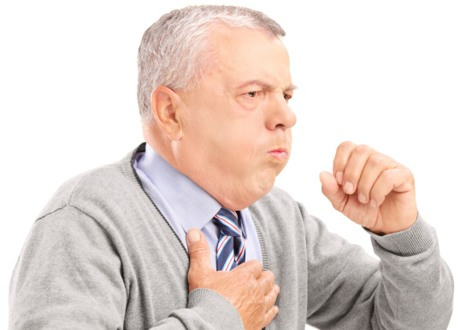 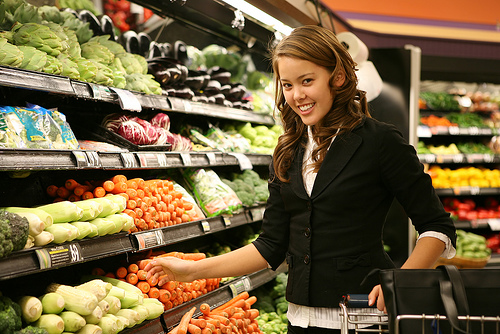 Are You Getting Your 7 Fresh Fruit And Vegetables A Day? Health News