Spain’s traffic authority, the DGT, is planning on adopting a new B1 driving licence category which is already being used by other European nations.

PONS Seguridad Vial, a leading consultancy firm in strategy and public policy for safe mobility, along with the Business Association for the Development and Promotion of Electric Mobility (AEDIVE), are proposing the introduction of the new B1 category to facilitate staggered access to electric mobility for younger people from the age of 16.

Currently in Spain, at 15 years of age, youngsters are legally able to drive a light tricycle or microcar with a maximum speed of 45 km/h. Once they turn 16, they may apply for an A1 licence which allows them to drive motorcycles up to 125cc with a maximum power output of 11 kW.

Adoption of the B1 category which is already in use in other European countries such as Italy, France, Portugal and the UK, would mean those from 16 years of age would be permitted to drive quadricycles as well as small vehicles with low emissions and a maximum power output of 20.4 CV or 15 kW.

They would also have access to much larger vehicles of more than 400 kilos with maximum speeds of 90 km/h. 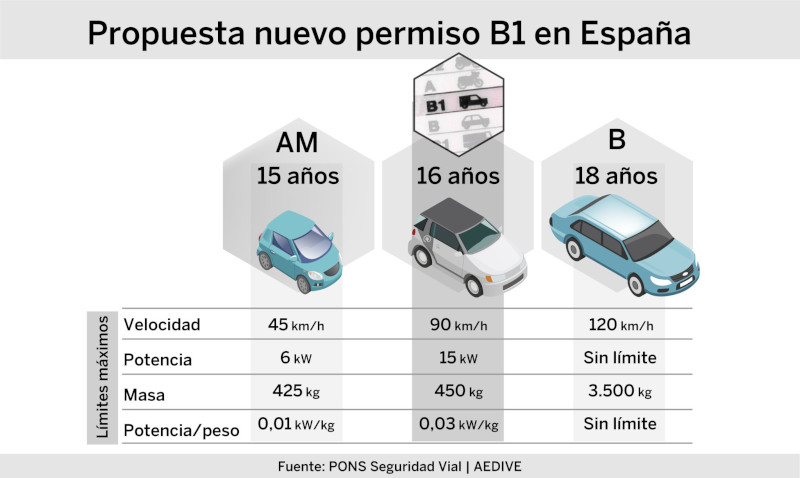 DGT director Pere Navarro has confirmed that the authority is in talks with agents within the sector to implement the proposals.

“We are open to implementing the B1 permit in Spain”, said Navarro, although he didn’t offer any further clarification.

This type of driving permit has been regulated by the European Union since 2006, as a step prior to the B category which enables a holder to drive a passenger car.

The new permit category would allow youngsters from as young as 16 to in effect drive electric quadricycles. These are the arguments put forward by the PONS Seguridad Vial and AEDIVE in the promotion of its implementation in Spain.

Although there is not a large market for heavy quadricycles (L7), it is one that the industry is anticipating, especially with the current drive to introduce more eco-friendly modes of transportation.

The two agencies are committed to the new permit which is currently optional in a number of EU countries and argue that its implementation would promote electric mobility and facilitate a “safer alternative to traditional means of transport”.

They also point out that heavy quadricycles have similar safety elements to category M passenger cars such ABS brakes.

Heavy quadricycles are not required to incorporate an airbag, but do have rollover protection structures (ROPS), which is not the case with L6 category quadricycles.

So is it safe for Spain’s younger citizens to have access to such vehicles? Road safety expert Jesús Monclús, from the Mapfre Foundation, has doubts about the introduction of the new category.

"In favour or opposing? Perhaps it is necessary to open a debate to assess its pros and cons if any. For example, how can we measure the maturity of a 16 or 17-year-old driver, or what kind of road training or exams would be required, if necessary?,” he said.

PONS Road Safety advisor Ramón Ledesma, who was one of the main instigators of the points system 15 years ago, sees it not as something that affects particular users, but rather the current mobility challenges.

"The B1 permit enables the driving of small, electric vehicles that require little energy to move and with a speed limited to 90 km/h,” he says.

Ledesma also pointed out that there is an inevitable trend in urban vehicles; small, efficient and sustainable vehicles.

“The city is evolving to such an extent that either they are like this or they won't be. The introduction of the B1, limited to these vehicles, generates a cultural change in the urban use of the vehicle much more reasonable and adapted to the new times”.

General Director of AEDIVE, Arturo Pérez de Lucia, also sees an opportunity for growth for the sector with the B1 driving licence. On the one hand, it opens the door to “a young audience that tomorrow will be part of the traffic and will have been able to overcome the current barriers of ignorance around the electric vehicle”.

On the other hand, "it will allow the development of business models based on shared electric mobility that offers safer and more comfortable vehicles to a public that can now only access the A1 motorcycle license." 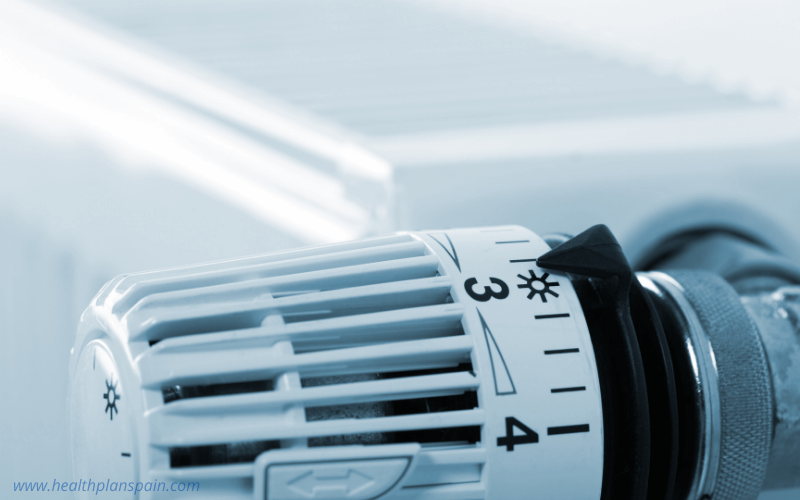