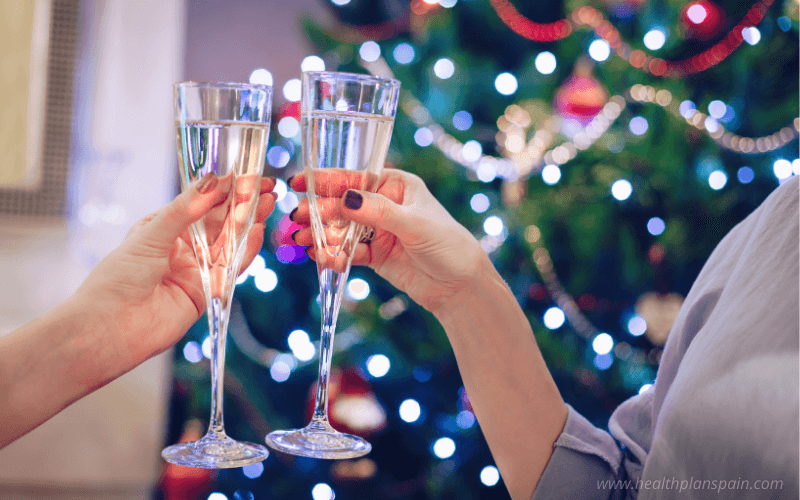 Christmas in Spain will go ahead without restrictions from the central government, despite the rapid increase in Covid infections due to the omicron variant.

With Christmas only a few days away and festive gatherings with friends and family organised to celebrate Christmas Eve, Christmas Day and New Year’s Eve, Spain and the rest of the world is on high alert.

Although the central government hasn’t put any restrictions in place, some communities have themselves chosen to be cautious. Andalusia, Aragon (partially suspended by the Supreme Court), the Balearic Islands, the Basque Country, Cantabria, Catalonia, the Valencian region, Galicia, Murcia, Navarra, Melilla and Cueta have all decided to implement the Covid passport.

Catalonia has once again imposed mandatory quarantine for anyone who has come into close contact with someone who has Covid-19, whilst the Basque Country, Galicia, Navarra and the Canary Islands have all suggested limiting the number of attendees for family celebrations.

In the meantime Prime Minister, Pedro Sánchez, said on Sunday that he will meet with regional presidents on Wednesday, December 22, to assess the situation and discuss whether new measures need to be implemented before Christmas.

The current recommendations as proposed by a committee of experts which would see all of the Spanish regions apply restrictions in a coordinated manner, have been previously rejected, however, there is still time to apply them.

The document of proposals addresses regulations that must be followed within each of the country's autonomous communities where the infection rate is not considered to be at a high or a very high level of alert. This includes wearing a mask, hand washing, maintaining a safe distance and reducing unnecessary contact with others.

In addition to these measures, adequate ventilation is also a recommendation along with self-isolation if a negative diagnostic test is received or where symptoms follow close contact with a person who has been infected.

Experts also recommend avoiding public transport as much as possible to avoid the concentration of people in a confined space.

At this time, the country’s medical experts recommend limiting the numbers in attendance at family reunions and that attendees should undergo an antigen test prior to meeting up.

Furthermore, it is advised that anyone who is presenting symptoms of Covid or has recently come into contact with a person who has tested positive, should avoid mixing with others.

As for residents and workers of nursing homes, experts advise taking an antigen test after dinner, while for visitors the rule is to do it before and not go if they have symptoms or test positive to avoid further contagion.

The recommendations for restaurants are similar with plans to restrict the number of diners to 10 per table with each person advised to maintain a distance of 1.5 metres. Ventilation of the restaurant is also advisable while visiting the bar area of an establishment will be prohibited under the recommendations.

In regards to religious celebrations, in addition to the general guidelines, it is advisable to avoid the tradition of kissing and cuddling and to avoid close personal contact.

The recommendations for areas that are considered to be high or very high risk or where hospital and ICU occupation are highest are naturally different.

For family gatherings, the recommendation is for a maximum of 10 attendees from no more than two homes where the risk level is considered to be high for that area.

Where the risk level is very high, a maximum of six people is recommended.

On the other hand, the recommendation will be that office gatherings should contain no more than six people in high-risk areas, while the proposals are against holding them where the level for that area is considered to be very high.

The hospitality industry is no doubt fearful of any new measures that may be implemented, especially over the Christmas holidays.

Under the proposals, many establishments could face restrictions on capacity and opening hours.

For those establishments located in areas considered to be high risk, the capacity would be reduced to 50% with a maximum of six per table. They would also be required to close by 23:00. If the risk were too high, they would be forced to close the interior spaces.

Nightlife establishments in the areas considered to be most affected by the pandemic will also see reductions in capacity by around 50%. Customers per table would also be reduced to six with businesses being forced to shut by 1 am. It is highly likely that drinking and ordering at the bar would also be prohibited.

In the case that an area is considered to be at the very high-risk level, all nightlife establishments would be forced to close completely.

Christmas parades such as three kings are a tradition in Spain, however, the recent increase in cases and the emergence of the new Omicron variant is putting them at risk.

Under the recommendations, religious celebrations would also have their capacity restricted with a recommended reduction to 50% in high-risk areas and just 25% in very high-risk areas. These would be in addition to the general guidelines of wearing a mask, keeping a safe distance and providing indoor areas with adequate ventilation.