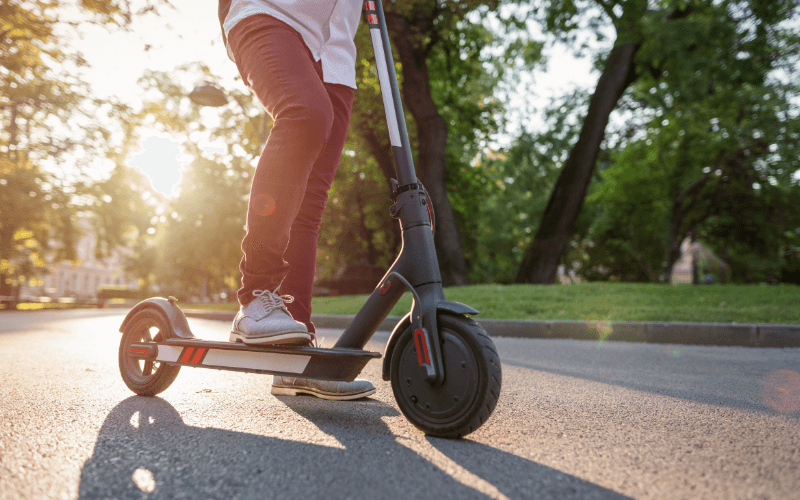 E-scooters are now a very common sight when out and about in Spain, especially in larger cities, with people of all ages drawn towards the convenience of them. They have however not been without fault.

For this reason, Spain traffic authorities have included VMPs in their revised traffic laws to assist in improving road safety.

Spain’s General Vehicle Regulations define an E-scooter or a Personal Mobility Vehicle as ‘a vehicle with one or more wheels, equipped with a single seat and propelled solely and exclusively by electric motors, which can give it a speed of up to 25km/h’.

This also categorises segways, electric unicycles and hoverboards as a VMP.

A recent study by Spain’s Ministry of Development shows that around 6.7 per cent of Spanish households own a VMP, indicating that there are now more than half a million of them in the country.

E-scooters and other VMP’s have increasingly become a problem in Spain, with users speeding through pedestrianised areas, taking over pavements with no thought of others, not wearing a helmet or wearing headphones, so that it is impossible for them to hear the traffic.

These figures have led to the DGT announcing new law changes, with the biggest of them being that you will now need to have a circulation certificate for any VMP.

The good news is that if you are buying a VMP, you won’t have to worry about where to get a circulation certificate from, as it is the sole responsibility of the manufacturer. You should, however, check that any VMP you decide to buy does have one.

From January 2024, all VMP’s will have to comply with all regulations and have a circulation certificate when sold. If you currently own a VMP without a certificate, you will only be allowed to use it up until January 2027.

Minimum technical standards that each vehicle must comply with have also been outlined by the DGT.

A driving licence is still not required to drive a VMP and as for insurance, the DGT has made it clear that it wants to make insurance mandatory for VMPs, however, as a general rule across the whole of Spain, it is not mandatory yet.

Some regions and cities however have their own rules regarding insurance. For example, in Alicante, Barcelona and Benidorm, ​​it is mandatory to take out electric scooter insurance, while in Murcia it’s currently not.

If you’re unsure about the rules for your region, check with your local DGT office.

The DGT website outlines the VMP laws as follows…

As for fines that may be incurred, the DGT has also introduced a 0.0 alcohol rate for driving VMPs. This means that you cannot drink at all before or while riding them. Failure to abide by this rule will result in a hefty fine of €1,000. This also applies to those considered to be riding one under the influence of recreational drugs.

Riding a VMP while wearing headphones or using a mobile phone will result in a fine of €200.

If two people are riding the same scooter at the same time, a fine of €100 euros will be issued.

Riding on a footpath will see you given a punishable fine of €200 and riding a VMP on the roads at night without appropriate lights will lead to a €200 fine.

Breaking any of the listed rules mentioned above will subsequently lead to an unwanted fine!