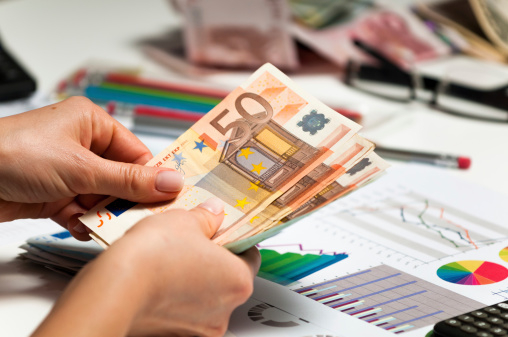 Spanish banks who previously overcharged homeowners with mortgage contracts containing "minimum interest clauses" have been ordered to refund the difference starting from 9th of May 2013.

In a recent State Of The Nation Debate, Spain's President Mariano Rajoy announced that those mortgage customers whose contracts contained a "minimum interest" or "ground" clause would be refunded by their bank or mortgage provider.

President Rajoy also went on to say that mortgage contracts containing such clauses would no longer be permitted by law as they have been deemed 'abusive' and overly advantageous to the lender and at a greater cost to the borrower.

In 2007, there was a consistent rise in interest rates which saw the Euribor reach over 4%, which caused financial hardship for many.

Fortunately, for those with contracts containing the "ground" and "ceiling" clauses, they were safe in the knowledge that their payments would never exceed a given amount regardless of the Euribor interest rate. Conversely, these contracts also stipulated that their monthly payments would never go below a stated minimum due to the "ground" clause.

Since 2007, interest rates have been in free-fall with the current Euribor rates standing at around 0.035%. It is thought that since then, many borrowers have been paying well over the odds in interest payments as they were not made aware of the true implications of the clauses or in some cases were not even brought to their attention.

In May 2009, the clauses were declared null and void unless the borrower had been made fully aware of them or had given their express consent to be bound by them.

The new ruling will mean that anyone who had such a clause in their mortgage contract from the 9th of May 2009, can automatically claim back any overpayment in interest payments.

The Spanish Supreme Court also ruled that even if a borrower had read and signed the contract in front of a notary that this would still be insufficient evidence to suggest that the customer 'fully understood' the implications of the 'ground' clause.

If you had a mortgage from May 2009, we would recommend you speak to your bank directly or via a legal representative to find out whether you are entitled to any Spanish mortgage compensation.

'Second-Chance' Law To Be Introduced To The Most Vulnerable

In another move to protect homeowners, Mariano Rajoy is also set to introduce a new statute in the next few days, which is aimed at helping the most 'vulnerable of residents in society'.

The new law titled the 'second-chance' law will mean that debtors may wipe out any outstanding payments by signing over their assets, but with the proviso that it will not prevent them from taking out future loans once they become solvent again.

The Association of Mortgage Victims (Plataforma de Afectados por la Hipoteca, or PAH) believe that the new second-chance law should be available to all citizens irrespective of their personal circumstances.

They said, "Insolvency suffered by thousands of families when the housing bubble burst should not continue to automatically condemn them to poverty, homelessness, social exclusion and desperation."

"There's been enough already of banks' own speculative interests trampling all over every member of society's right to a roof over their heads."

With the Euribor at its lowest level ever, banks offering American style long-term fixed rate mortgages and with property prices at an all-time low, mortgages and homes in general are starting to become a more affordable prospect once again.