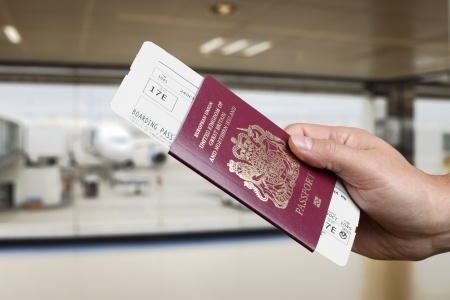 The price of a British passport is set to increase in the coming weeks by up to 27% under new government proposals.

The renewal cost of each passport currently stands at £72.50, regardless of whether you apply for your passport online or via the postal service.

The cost of other applications such as the fast-track and premium service (one day), will also rise from £128 to £177 for adult passports, and fast-track (one week) increasing from £103 to £142.

Although any changes are still subject to parliamentary approval, the rise will ultimately mean that the average UK family of two adults and two children who wish to apply via the postal service will need to pay out an eye-watering £287 before the cost of their holiday abroad.

Home Office Minister Caroline Nokes said that the increase was to place the brunt of the cost to process postal applications with those who wish to travel more rather than placing the financial burden with the UK taxpayer.

She said: "Our priority is to ensure that UK travellers have a secure, effective, and efficient service from the point of application to the time they pass through the UK border and it is only right that we should look at this whole process when setting our fees."

"These proposals will ensure that those people who don't travel abroad are not footing the bill for those who do."

It is also been suggested that the rise is to help invest £100m in improvements to border security and infrastructure next year and to create a "self- sustainable immigration and borders system".

It is still unclear at this time as to whether the current cost to renew from abroad will rise inline with the new charges to renew from the UK.

You can read further information on renewing your UK passport from Spain including current costs via our page at http://www.healthplanspain.com/blog/expat-tips/93-how-to-renew-your-uk-passports-when-living-in-spain.html