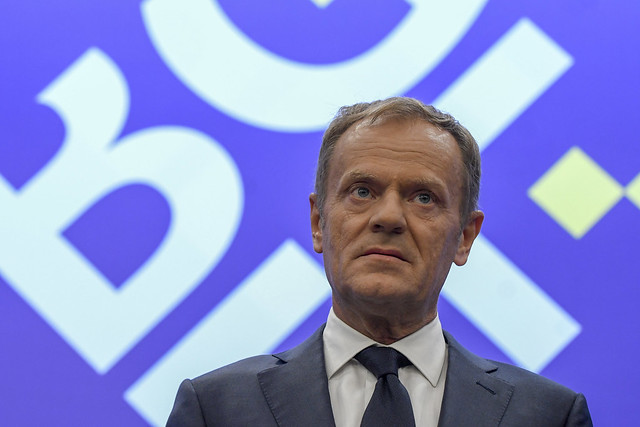 Theresa May has written to the European Union requesting an extension to Article 50 until the 30th of June.

Although a longer delay was recommended by the European Council President, Donald Tusk, May suggested a shorter extension until the end of June with an option to leave the EU earlier if required.

It is believed that the PM opted for the 30th of June as this is the date that the European Parliament holds its first session. An extension up to this date would not only allow more time for negotiations, but also mean British MEPs would not need to take their seats in the EU Parliament.

The UK is currently set to leave the EU on 12th of April, however, Parliament has been unable to find a majority with the indicative votes process and with May's withdrawal agreement being rejected on three occasions.

If UK MPs were to approve Mrs May's deal, it would enable the UK to leave the block before the European Parliamentary elections get under way on the 23rd of May.

It is up to the EU as to whether to an extension to Article 50 will be permitted, the legal process through which the UK is leaving the EU.

It is thought that the European Council President, Donald Tusk will propose a more flexible extension of around 12 months, but with the option of leaving sooner if MPs can ratify a deal.

The EU27 members will meet again at an EU summit on the 10th of April, where they will need to unanimously agree to any proposed extension to delay Brexit.

It comes as Mrs May continues hold talks with Labour leader, Jeremy Corbyn in an attempt to find a common ground on a deal and future relationships with the EU.

If both parties are unable to agree on a deal, it is thought that new indicative options may be the next step with both parties promising to accept the results in order to break the deadlock.

If a compromise can be found before the 22nd of May, it would mean that the UK would not have to participate in any EU Parliamentary elections.

The government and the Labour party will resume talks again today, however it is not currently any clearer as to whether a compromise has been found.