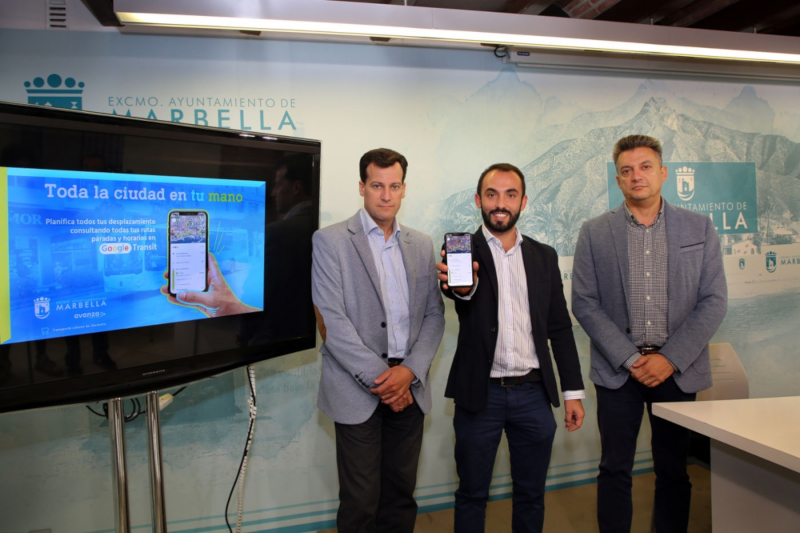 Users of the 10 urban bus lines in the municipality of Marbella will now be able to check routes and schedules under a new initiative.

The new tool will be provided by Google Transit which integrates into the popular Google Maps application which is freely available for both Apple and Android smartphone users.

Councillor Enrique Rodríguez, presented the new program with director and Head of Operations of the Avanza Group, José María Sanabria and José Antonio Moreno and stressed that the new initiative outlined the commitment of the City Council in modernising the public transport system.

Google Transit reports on the routes between two geographic locations and shows the user how to travel to and from the locations by either foot, car or public transport including distance and how long it will take.

The new integration will allow users specifically to easily plan their journey within the Marbella area, choosing the most optimal route using the municipality's bus network.

The tool will also show the most up to date real time information on each route and service including schedules, arrival times and any possible disruptions to the service.

Users can use the new application by using Google Maps on their phones and then by selecting the stop or by entering their two geographical locations. The system will then show them the most favourable route.

No new applications are needed to be downloaded in order to use the system as everything is already integrated into Google Maps.