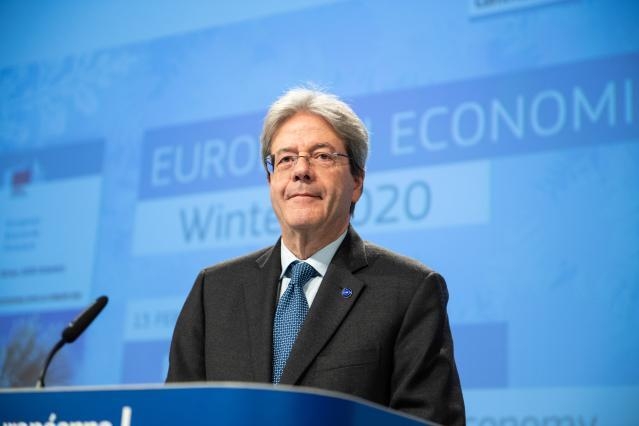 Brussels has raised Spain's economic growth forecast to 1.6% for 2020, approximately one tenth higher than previous estimates.

The figures were presented as a part of the EU’s Winter 2020 Economic Forecast, which was published by the European Commission on Thursday.

Economists also predict that the Spanish economy will continue to grow further in 2021 where growth is expected to rise by around 1.5% - in line with the Spanish government's own projections.

The figures mean that the Euro area has now enjoyed its longest period of sustained growth since the introduction of the Euro back in 1999.

However, despite the positive outlook, experts still acknowledge the significance of external risks including the recent coronavirus outbreak, which to date has taken the lives of over 1,350 people and infected more than 60,000 worldwide.

European Commissioner for the Economy, Paolo Gentiloni said, “The outlook for Europe's economy is for stable, albeit subdued growth over the coming two years. This will prolong the longest period of expansion since the launch of the euro in 1999, with corresponding good news on the jobs front.

“We've also seen encouraging developments in terms of reduced trade tensions and the avoidance of a no-deal Brexit. But we still face significant policy uncertainty, which casts a shadow over manufacturing. As for the coronavirus, it is too soon to evaluate the extent of its negative economic impact.”

The Coronavirus (Covid-19) has had very little exposure in terms of infections in Spain with only two reported cases to date. However, it did manage to have a major effect on the recent Mobile World Congress technology fair in Barcelona after a number of exhibitors pulled out over health concerns resulting in the cancellation of the event.

The annual event is a big money spinner for the Catalan capital, generating jobs and around €500 million each year.

Despite the positive economic forecast, there are still a number of external factors that may have a negative impact on GDP forecasts.

These include uncertainty over any future trade deals between the EU and the UK. These will depend largely on any trade negotiations between now and the end of the transition period on 31 December.

Valdis Dombrovskis, executive vice-president of the European Commission, reiterated that despite the positive growth, member states should be mindful of future risks to the economy.

He said, “Despite a challenging environment, the European economy remains on a steady path, with continued job creation and wage growth. But we should be mindful of potential risks on the horizon: a more volatile geopolitical landscape coupled with trade uncertainties. So Member States should use this weather window to pursue structural reforms to boost growth and productivity. Countries with high public debt should also shore up their defences by pursuing prudent fiscal policies.”