Christmas is, for many of us, one of the most magical times of the year.

It’s a time when families come together to celebrate, exchange gifts and enjoy Christmas traditions.

In this respect, Spain is no different to any other country. Except it is when it comes to the types of festive traditions and celebrations that take place over the Christmas period.

Below we list ten of Spain’s most unique and special Christmas and New Year traditions for you to enjoy. 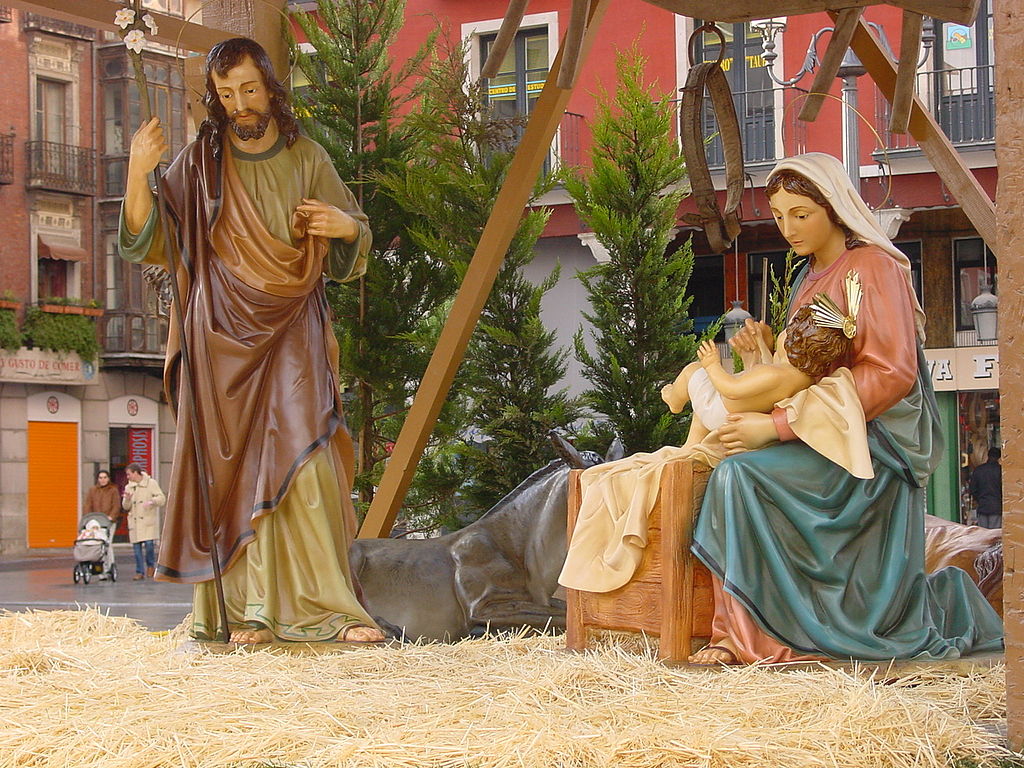 A common Christmas tradition which can be seen across the whole of Spain is the Portal de Belén, a nativity scene depicting Bethlehem and the birth of Jesus.

Many shops and homes use small figures and models of Mary, Joseph and baby Jesus in his manger to represent the scene of the nativity.

Most towns and village squares (Plazas) go even further with more elaborate, full-size structures including the three wise men and animals.

The Christmas ‘El Gordo’ Lottery or ‘The Fat One’, is a huge lottery that takes place on the 22nd December each year.

You will find it very hard to find a Spanish person that doesn’t play this lottery, quite often buying a tenth of a ticket and playing the same numbers as their friends and co-workers.

El Gordo is so big, that the draw is screened live on the television, throughout the entire morning of the 22nd, with children singing out the winning numbers and jackpots! 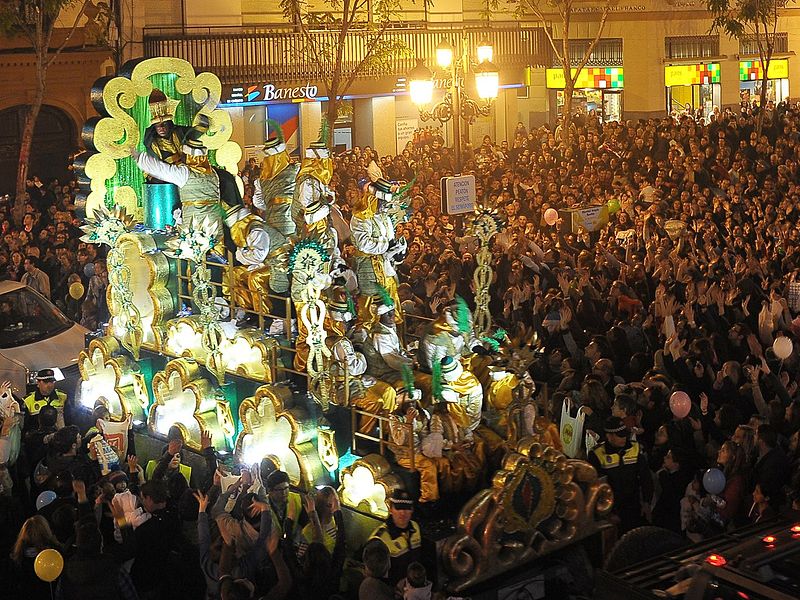 On the evening of January 5th, the eve of The Feast of Epiphany Day, the Spanish tradition of the ‘Cabalgata’ takes place in towns and villages across the country.

Led by the Reyes Magos, big colourful floats parade through the streets, with sweets and candy being thrown to the children lining the pavements full of excitement.

This is a Spanish Christmas tradition you simply can’t miss!

There is No Santa Claus

In Spain, presents are delivered to the children on January 6th by the ‘Reyes Magos’ (the Three Wise Men), meaning Spanish children have to wait an extra twelve days to receive their presents!

This is, however, changing slightly with many children now receiving presents on both Christmas Day and the Feast of Epiphany, which is January 6th. This day is also commonly referred to as ‘Three Kings Day’.

The Basque Country, however, has its own version of Santa Claus who of course only exists in the Basque region.

He is a giant who dresses in peasant’s clothing, smoking a pipe and his name is Olentzero.

On the night of the 24th of December in Bilbao, Olentzero travels along Gran Via towards the Arriaga Theatre, ready to leave presents for all the little children on Christmas Eve. 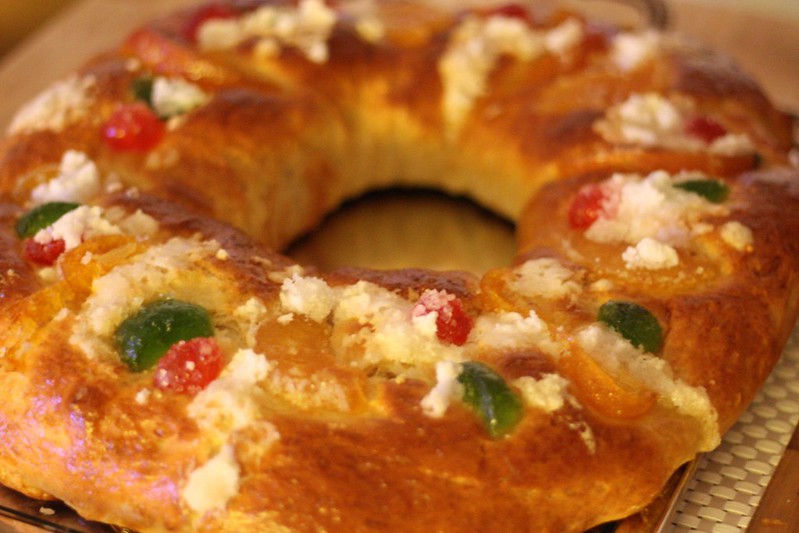 As we know Spanish food all year round is delicious and at Christmas time this is no exception, with many great festive specialities available.

Unlike in the UK where the festive meal takes place on Christmas Day, Spanish people generally sit down to eat theirs on Christmas Eve, December 24th.

Serrano ham is obligatory, with fish and seafood playing a big part of the meal, in particular king prawns.

Dessert is the almond sweet turrón and the tasty Roscón de Reyes.

Roscón de Reyes is a circular cake topped with candied fruits and filled with whipped cream.

Traditionally a small toy and a bean are baked inside the cake and if you get a slice containing the toy, you get to wear a crown and be treated like a king. However, if you should get the bean, you will have to pay for the roscón next year!

Grapes play an important part of the New Year celebrations, as does Cava, and every supermarket across Spain sells a plastic champagne flute with twelve grapes inside.

Why I hear you ask?

Well in Spain, eating 12 grapes at the stroke of midnight symbolises good luck. And in every town square and house across the country, people count down to the new year gripping on to their 12 grapes, ready to eat them before the twelve chimes of the bell have finished.

Tradition says that if you don’t manage to eat all 12, bad luck will follow you throughout the whole of the new year. So don’t tempt fate, eat those grapes! 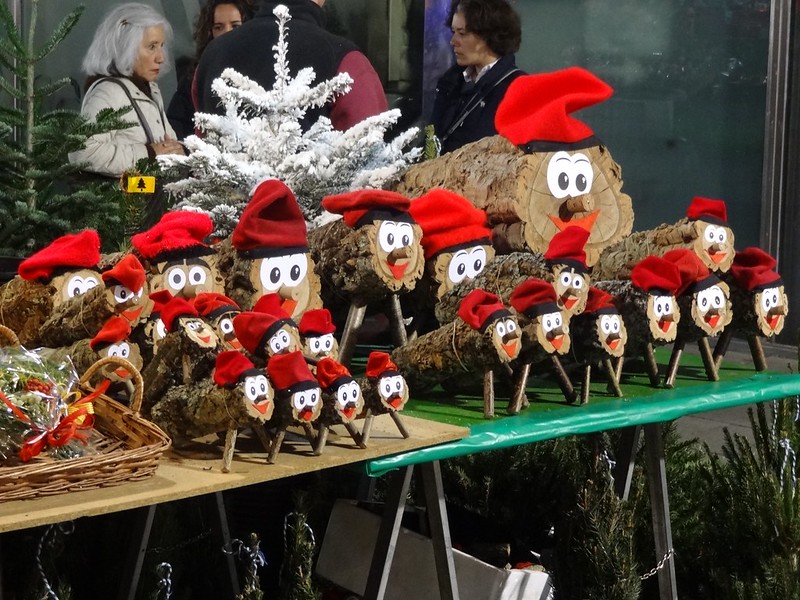 In Catalonia, they have their own bizarre Christmas tradition in the shape of a log that is decorated with a face and legs. The log is then kept in the house or garden, and covered with a blanket to keep it warm.

This crazy creature is called the ‘Caga Tió’ (the pooping log) and on Christmas Day, Catalan children sing a song while smacking the log with sticks. The song pleads with the Caga Tió to excrete sweets for them and when the song is finished the children pull back the blanket to find the candy they were hoping for!

Many countries and cultures share the tradition of having a day each year that is dedicated to making jokes and playing pranks on each other.

The UK’s day is, of course, April Fools’ Day which falls on the 1st of the month, but Spain is different in that they have their day on December 28th with the ‘Día de Los Santos Inocentes’.

All of these Spanish customs over the Christmas period, come from the fact that Spain is very much a Catholic country.

Because of this, it is common practice that on Christmas Eve, after their traditional family meal, the people of Spain head to church to reaffirm their faith and give thanks for the birth of Jesus Christ on Christmas Day.

So there you have it. Ten Christmas traditions of Spain to look forward to this year.