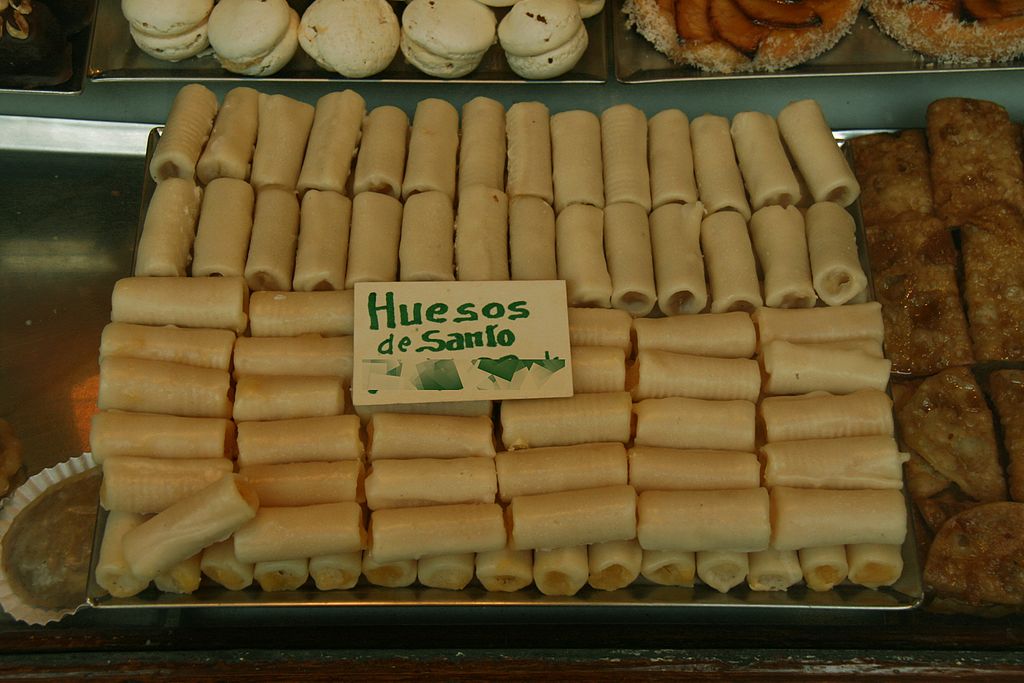 On the 1st of November every year, Spain and many other countries from around the world celebrate Día de Todos Los Santos or All Saints' Day. It is a bank holiday and a day of remembrance to honor deceased relatives and friends.

Recognised nationwide, many families, especially those of the older generations, gather together in the cemeteries, bringing bouquets of fresh flowers to visit past loved ones and keep their memory alive.

On All Saints Day, it is traditional to purchase flowers and take them to decorate your loved ones’ graves with churches holding special mass services in memory of all the people who have passed away. Flowers of all varieties, scents and colour fill the cemeteries bringing the feeling of love with them.

Another festivity that is particularly popular in the north of Spain, is the traditional castañada. Friends and family gather together in the streets and countryside to eat castañas (chestnuts). The nuts are roasted in either the traditional way over a small campfire, or in the more modern way, on a portable grill.

Like with all celebrations, food plays a big part in All Saints’ Day and the special treats that are served are so tasty. Sweet treats such as Bueñuelos de Viento (Wind Fritters), Huesos de Santo (Saint’s Bones), and Panellets (a Catalan pastry) are just three of the specialities eaten.

So what are they?

Buñuelos de Viento - These dough fritters can be filled with custard, chocolate, cream, or whatever your heart fancies. It is not known exactly when this treat was invented, but it does date back to at least the 1600s and we know this because King Phillip II’s cook made some references to it. It is the belief that when you eat a buñuelo, a soul is released from purgatory. This has made eating buñuelos a popular custom on All Saints’ Day.

Panellets - These are typical Catalonian treats. Panellets are made of potatoes, almonds, sugar, and pine nuts. You will find them being sold in pastry shops and bakeries in the days leading up to Día de Todos los Santos. You will often see people enjoying them with a bottle of muscatel wine.

Huesos de Santo - Or Saint’s bones are made of marzipan rolled into finger-sized tubes. They don’t really look like bones, the name comes from their final coloring after they are baked and covered in syrup: it has like a boney beige hue. Huesos de santo are also traditionally filled with a sweet egg yolk ingredients, but today you can get all different types of filling like chocolate, coconut shavings, marmalade and banana.

There are times when it is easy to forget how much of a catholic country Spain can be, but Dia de Todos los Santos is a powerful reminder of the importance of religion and family, even in this modern age.

When Will Foreigners In Spain Be Vaccinated For Covid-19? Expat Tips

Residency Visas In Spain For UK Nationals Post-Brexit Are you looking to live permanently in Spain post-Brexit? If so, you will now need to obtain a long term Spanish residency visa. With the...
Read More

What Changes For Brits Travelling To The EU After December 31? With the Brexit transition period soon to end on December 31, it is important to know how British travellers to the EU will be affected. On January...
Read More

Police In Spain: A Guide To The Three Spanish Police Forces One thing that really stands out when you first move to Spain is just how many police officers there are on the streets. And although it can be...
Read More

What ‘Swallows’ And Second Homeowners In Spain Need To Know About Travel Post-Brexit With just two months left before the transition period comes to an end, it is important that we all know where we stand in regards to travelling in...
Read More

10 Unique Christmas Traditions In Spain Christmas is, for many of us, one of the most magical times of the year. It’s a time when families come together to celebrate, exchange gifts and...
Read More

Spain Public Holidays 2021 (Official List) The official list of public and bank holidays in Spain for 2021 has now been published by the Spanish government’s BOE state bulletin. In 2021,...
Read More

BREXIT DEADLINE: What Brits In Spain Must Do Before December 31 There are now just 79 days left before the transition period comes to an end and the whole Brexit debacle draws to a close. With this in mind, we...
Read More

BREXIT: How To Prove You Are Resident In Spain With the end of the Brexit transition period less than three months away, now is the time to register yourself with the Spanish authorities if you...
Read More