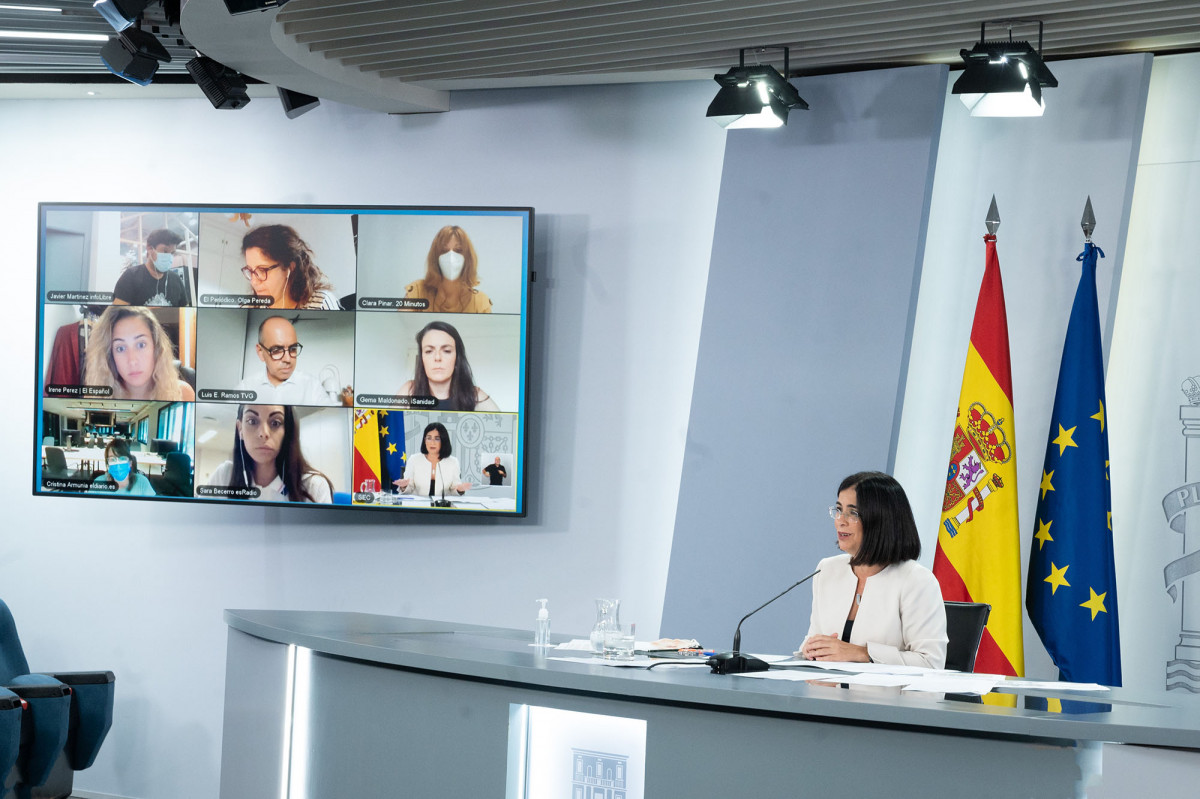 Spain’s government announced on Thursday that it would not make vaccinations compulsory despite an increasing number of infections and the threat of the new Omicron variant.

The announcement followed the European Commission chief Ursula von der Leyen’s advice to Member States urging them to “think about mandatory vaccination” and follows Germany’s decision to make vaccination compulsory from February. However, this is still to be voted on by the German parliament.

Austria will make Covid vaccination mandatory from February next year following a recent surge in infections due to a largely unvaccinated population.

Belgium is another EU country that is considering compulsory vaccinations along with Greece who said on Tuesday that it would make it mandatory for those over 60.

Official figures show that 37,638,438 people which represents 89.4% of the country’s population have now been fully immunised against the virus.

Instead, the minister stressed that there were alternative routes to take and more efficient tools to combat Covid including the new ‘variant of concern’, Omicron.

“I understand why countries with a low vaccine coverage are planning it,” she said. “But in Spain, we are one of the leading countries for vaccination in Europe and the world, including inoculations with a third dose.”

The minister confirmed that this was also “the general belief” of regional health leaders from the country’s 17 autonomous communities.

She emphasised that other approaches should be used including the wearing of masks, social distancing, personal hygiene and increased awareness campaigns.

The vaccination of Spain’s children has also made the news recently with regional health authorities considering whether to vaccinate those between 5 and 11 years.

Madrid’s President, Isabel Diaz Ayuso recently announced that the autonomous community would begin vaccinating the region’s children from December 15 making it the first region to do so. Those between 60 and 69 will also start receiving their booster jabs from December 3.

Official figures published by Spain’s Ministry of Health on Thursday, December 2, show that the number of Covid incidence in the country is continuing to climb.

Infections continue to rise on a daily basis with Thursday’s figures showing a 17 point rise in the cumulative incidence rate per 100,000 citizens, up from 217.10 on Wednesday to 234.03 on Thursday.

The latest figure is significantly higher than it was just two weeks ago where the incidence rate was 111.95 per 100,000.

Spain’s hospitals are also starting to feel the effects with Thursday’s figures reporting that there are now 4,093 people in hospital due to Covid. This is up on Wednesday’s figure of 3,957 and much higher than the figure two weeks previous where it stood at 2,398.

There are more people taking up ICU beds with 772 reported on Thursday compared to 458 a fortnight ago.