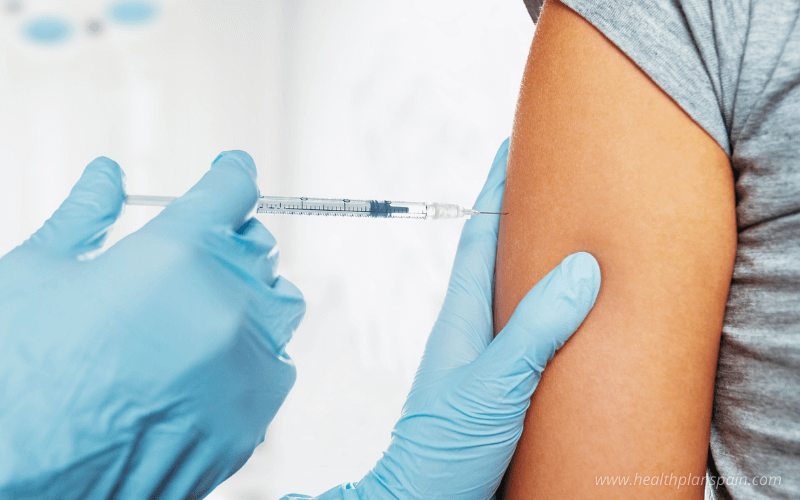 Spain is edging ever closer to the Covid ‘high risk’ level according to the latest figures released by the Ministry of Health.

Although there were no figures published by the ministry on Monday and Wednesday which were bank holidays in Spain, Tuesday’s figures paint a worrying picture.

As of Tuesday, December 7, Spain’s infection rate stood at 290 infections per 100,000 residents, representing an 82 point rise on the official figure of 208 which was published on November 30.

At the end of November, the government approved a new traffic light system to classify the risk level based on factors such as the number of infections per 100,000 along with the number of hospital admissions.

Following the long bridge holiday, health experts now fear that the threshold for the country to be considered to be at ‘high risk’ or 300 - 500 cases per 100,000, will have been breached.

The official figures from the ministry data published on December 7 show that there were 5,067 people being treated in Spanish hospitals for Covid-19. This is in comparison to the figure one week previously which was 3,847.

The number of people in intensive care has also rocketed, up from 713 on November 30, to 948 on December 7.

As of Tuesday, 4% of hospital beds are currently being taken up by Covid patients.

The numbers which have been reported for each of the countries autonomous regions vary greatly.

Ministry figures show that there are now 10 autonomous communities that have either entered or far exceeded the incidence rate ‘high-risk’ alert level.

Andalucia has the lowest infection rate and remains well below the national average with 136 infections per 100,000.

Spain’s vaccination campaign is now one of the best in Europe with ministry figures published on December 7 showing that almost 89.5% of the population has now been fully vaccinated.

Furthermore, 91.3% have received at least one vaccine dose.

The Spanish government recently announced that it had approved the vaccination of under 12s with the campaign to vaccinate those between the ages of 5 and 11 due to start on December 15.

Although the number of infections in Spain has been rising steadily, it is still important to understand how the country compares to other European nations.

Spain currently has one of the lowest infection rates in Europe behind Romania and Sweden. However, it is still lower than neighbouring Portugal and around three times lower than the UK and Germany.

According to the World Health Organisation (WHO), over the past seven days, the UK had registered 331,569 new Covid cases. This is in comparison to the 72,085 which was registered by Spain’s Ministry of Health.

Germany has also struggled to get to grips with the pandemic. Over the past sevens days, 387,622 new Covid cases were added to the tally with another 2,257 fatalities.