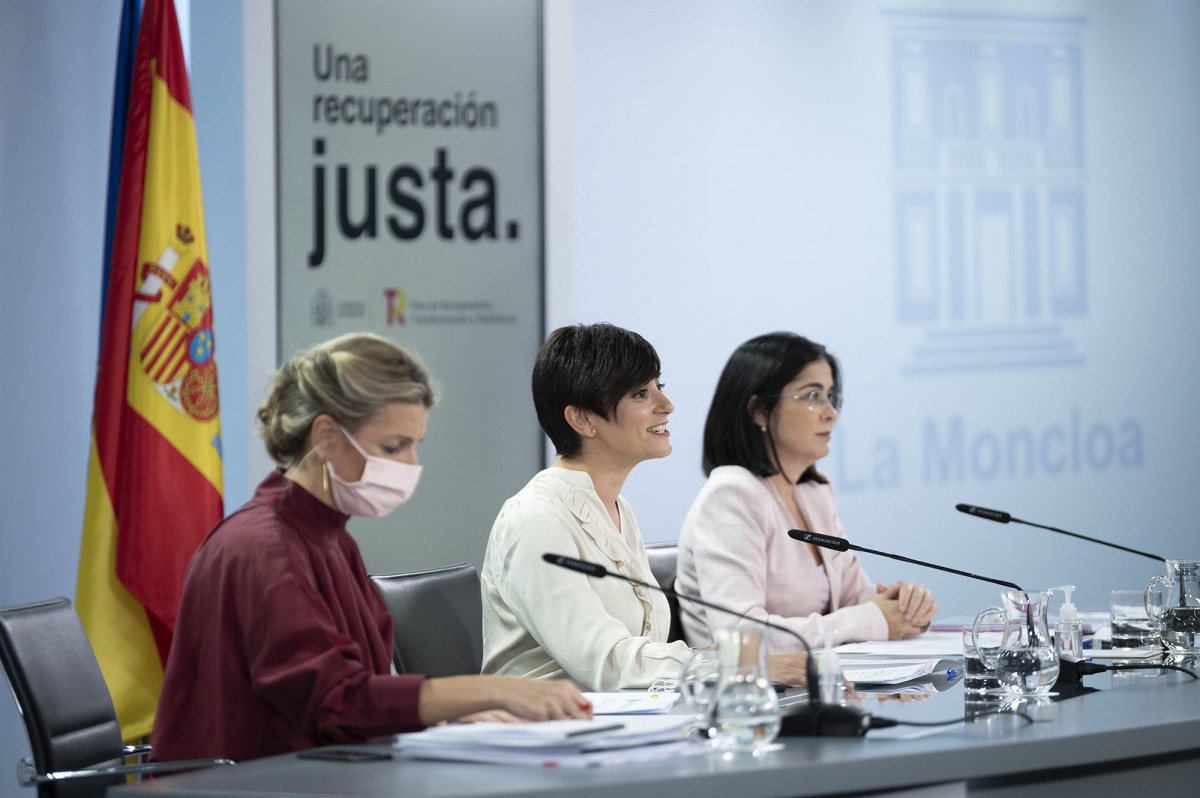 Spain’s vaccination program is the envy of Europe, with around 90% of citizens now fully vaccinated against Covid-19.

However, there is still one group that is yet to be vaccinated and of which has seen a sharp rise in the number of cases.

On Tuesday, the country expanded its vaccination campaign further when the Minister of Health, Carolina Darias announced that the government had given the green light to vaccinate 5 to 11-year-olds.

More than 1.3 million doses of the child vaccination are due to arrive in the country from December 13 with the campaign due to start on December 15.

The Public Health Commission, which is the body that all of the autonomous communities and the Ministry of Health are represented, has determined that there should be an 8 week period between the first and second doses which is to encourage a better immune response.

This is considerably higher than the national average which currently stands at 323.07 and one of the primary reasons that the government is keen to target this group.

Below we highlight the plans that each of Spain’s autonomous regions has to vaccinate this group.

In Andalucia, there are 625,000 minors within the 5 to 11-year-old category who will be eligible for the vaccine.

The campaign will begin from December 15 with vaccines administered via health centres and special vaccination points during the afternoon and weekends.

Appointments can be booked from Monday, December 13 starting with those between 11 and 9 years.

There are around 90,000 children who will be eligible for the vaccination.

The aim will be to carry out the vaccinations at health centres, although other spaces may be used, especially in rural areas.

At the start of next week, the region will receive around 36,000 Pfizer vaccine doses with those born from 2010, 2011 and 2012 being the first to be vaccinated. This initial group will cover around 40,000 children.

The Cantabrian Health Service (SCS) will begin its campaign with other regions on December 15.

There are around 38,000 children who will be eligible to receive the vaccine which will be administered at health centres by self-appointment.

Vaccinations will take place in the afternoons and at weekends.

Children between 10 and 11 years of age will be the first to receive their vaccination via the regional educational centres. This will be both inside and outside so that the Christmas holidays do not have an impact on the vaccination campaign.

The campaign will then be extended to 5-year-olds. In Total there are around 145,000 children in the region who will be eligible to receive the vaccination.

The campaign will start in the region from December 15 with around 50,000 doses of the children’s vaccine reaching the community this week.

This batch will be used to vaccinate those in the 10 to 11 age group and eventually those with younger children being vaccinated thereafter.

Health centres and special vaccination spaces will be utilised to administer the vaccinations.

Vice President of the regional government Francisco Igea said that vaccinations would not take place at schools.

Children will need to be accompanied by a parent or legal guardian.

Carmen Cabezas, Secretary of Public Health of the Generalitat announced on Thursday that the vaccination of 5 to 11-year-olds in Catalonia will also commence from December 15.

Vaccines will be administered at vaccination points rather than at schools.

An appointment will need to be made in advance which can be requested at https://vacunacovid.catsalut.gencat.cat/

The campaign will not be prioritising any specific age group. All ages will be vaccinated together.

In the event that someone other than the father or mother accompanies the minor to be vaccinated, they must show the authorization that is already applied in the vaccination of minors between 12 and 15 years old and that can be downloaded from the Canalsalut website https://canalsalut.gencat.cat/ca/inici

Those between 9 and 11 will be the first to receive the first dose of the vaccine which will be before the Christmas holidays. This will take preferably in schools.

Any child that is over the age of 5 and considered to be more vulnerable to the disease will be prioritised.

Councillor for Health Julio García Comesaña has said that the vaccination of those between 5 and 11 will be carried out in vaccination spaces.

The region is expecting to receive around 60,000 doses next Tuesday, December 14.

Along with 39 and 40 years olds, the 5 to 11 group has one of the highest incidence rates in the region are thus a priority in the vaccination campaign.

The vaccination campaign in the Canary Islands has yet to be finalised but is expected to commence on December 15.

The doses which are expected on the 13th will be administered at mass vaccination points and at health centres on the islands.

The Minister of Health, Patricia Gómez, said that the vaccination of children will start as soon as the vaccines arrive. "As soon as we have the vaccines available, we will begin to vaccinate," she said.

There are around 83,500 children who will be eligible to receive the vaccine.

Gómez said that she was evaluating the availability of vaccination spaces.

The appointment system will be available from Tuesday, December 14.

The region’s Health Minister Enrique Ruiz said that 204,000 doses would be available and not the 150,000 which had previously been communicated.

Another two million doses are expected to arrive in January.

Vaccination will take place via the public network of hospitals via a pediatric service.

11-year-olds will be the first group to be vaccinated. The number will then decrease until the 5-year-old group has been immunised.

The regional government of Navarra is keen to vaccinate the under 12s and will begin the vaccinations from December 15.

The Provincial Government is still to confirm how the vaccination will work.

The region has called on parents to vaccinate their children.

The campaign will start on December 15 and the first to be vaccinated will be children between the ages of 11 and 9.

The vaccinations will then progressively move to lower age groups as vaccines become available and 5-year-olds have been vaccinated.

Parents will be able to make an appointment from the afternoon of December 14 via the Osakidetza website. If you have trouble making an appointment online, you can call your local health centre.

Vaccinations will be administered at local health centres. Parents will also be provided with the date that the second dose will be received.

The spokesman for the Government of La Rioja, Álex Dorado, has announced that vaccination for children between 5 and 11 years of age in the region will be given priority in schools and could begin on December 15.

He confirmed that from this Friday, December 10, parents will receive a letter of consent to proceed with the vaccination this week.

Children of the Valencian Community will be vaccinated from December 15 with jabs being administered via education centres.

Those who are immunosuppressed will be vaccinated first with vaccinations continuing by order of age - higher to lower.

Vaccinations will be given in the mornings and during school hours starting with the immunosuppressed in special education schools.

Then it will continue to descend in age groups until the vaccination of all 330,000 boys and girls between 5 and 11 years are completed.

It has been confirmed that the children of Asturias will be vaccinated at vaccination points at local health centres.

Around 47,000 will be eligible to receive the vaccination.

The regional health authorities believe that all children could be vaccinated within one week.

Vaccinations will begin from December 15 and with older children receiving the vaccine first.

Vaccinations will take place at special vaccination points. Parents will be able to book an appointment.

The Ministry of Public Health of Melilla has announced that as of Wednesday, December 15, it will begin to vaccinate the 8,500 children between 5 and 11 years.

The vaccines will be administered at special vaccination points.

At the time of writing, Ceuta had not communicated what the vaccination plan would be for this age group.