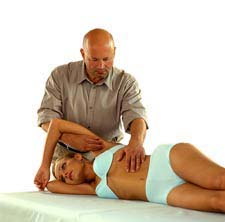 Although modern medicine has made enormous strides in the past 100 years, there is still a large movement within the medical profession that is supportive of alternative medication, treatments, and therapies. The thing that attracts them to the alternative option is the fact that alternative treatments are in the main based on 100% natural ingredients. Because of this they do no harm to the body and they do not have any harmful side effects.

Take one of the most notorious and feared diseases of the 21st century for example – Cancer. Modern medicines ultimate answer to “The Big C” is chemotherapy. But as most of you will know, chemotherapy is a drastic measure, that actually destroys your natural immune system as you go through the process of receiving it. The end result is that many people, particularly the more elderly, run the risk of dying from other illnesses such as pneumonia.

One of the most effective, natural treatments for cancer is the specialised diet known as ‘The Budwig Diet’. The diet, using Flaxseed oil and Cottage Cheese as its base, was founded by the celebrated German cancer specialist Dr Johanna Budwig.

The Budwig Diet is not only used to prevent and fight off cancer, it is also known to be an effective agent against many other diseases and illnesses including: Acne, Arthritis, Asthma, Diabetes, Eczema, Heart Disease, Hypertension, and Multiple Sclerosis.

There are also many other forms of alternative, natural therapies and there is no reason why you cannot enjoy the benefits of combining several of them. So for example, as well as following the Budwig Diet, you might also opt to take a course of Acupuncture.

Acupuncture is the therapy that was discovered in ancient China and has a documented history that goes back over 2,000 years although many specialists believe it to extend back over 4,000 years! It involves the use of special Acupuncture Needles, which are inserted into the body to unblock and divert the life energy known as “Chi”. There is a specific “map” of the human body which denotes exactly where these nodal points are, thus stating where the needles may be inserted. The needles come in various sizes, with the large, thicker ones being reserved for penetrating muscle tissue. Some of the most effective uses of Acupuncture, apart from promoting an overall feeling of well-being, are noted in relation to Arthritis, Rheumatism, and Multiple Sclerosis.

Another alternative treatment is Reflexology. This is based on the theory that certain areas on your hands and your feet relate to other areas and organs within your body. By massaging and manipulating these “reflex” points, you can bring relief and help to remedy ailments in other parts of your body. It is a pleasurable treatment which will result in you feeling relaxed and enjoying a heightened sense of well being. As well as being known to help ease tension, stress, headaches, and sports injuries, it has also been attributed with success in helping to treat back pain and Arthritis, as well as digestive disorders, PMS, and other hormonal imbalances.

Another interesting natural treatment is “Rolfing”. Rolfing deals with improving a person’s health through the correct manipulation and alignment of specific areas of the body, such as your pelvis or your shoulders for example. The therapy is based on the understanding that your fascia tissues (the fibrous tissues that cover your body muscles)  become stiff, lose their elasticity, and then shorten. Through the Rolfing massaging techniques, this can be redressed and is used to correct poor posture and pain in the shoulders, neck, upper and lower back. It is also reportedly effective in helping to treat digestive problems; helping to put the nervous system back into balance, as well as encouraging emotional well being.

The last form of alternative medicine we are going to take a quick peek at is something called “Qigong”. Operating on a similar theory to Acupuncture, Qigong is concerned with “Chi”, the elemental life force that Chinese medicine maintains runs through our bodies. But rather than using Needles to divert “Chi”, Qigong uses a combination of meditation, breathing, and carefully orchestrated movements to remedy many diseases and conditions. Some of these include any form of general chronic pain, type 2 diabetes and lowering blood pressure. Research is also underway in regard to Qigong and its ability to help fight Chronic Fatigue Syndrome, Parkinson’s Disease and Tinnitus.

Alternative treatments provide an interesting option to conventional medications, therapies, and even surgical diagnoses. If you are troubled with any condition that is proving difficult to remedy, an alternative form of treatment may well be the answer.