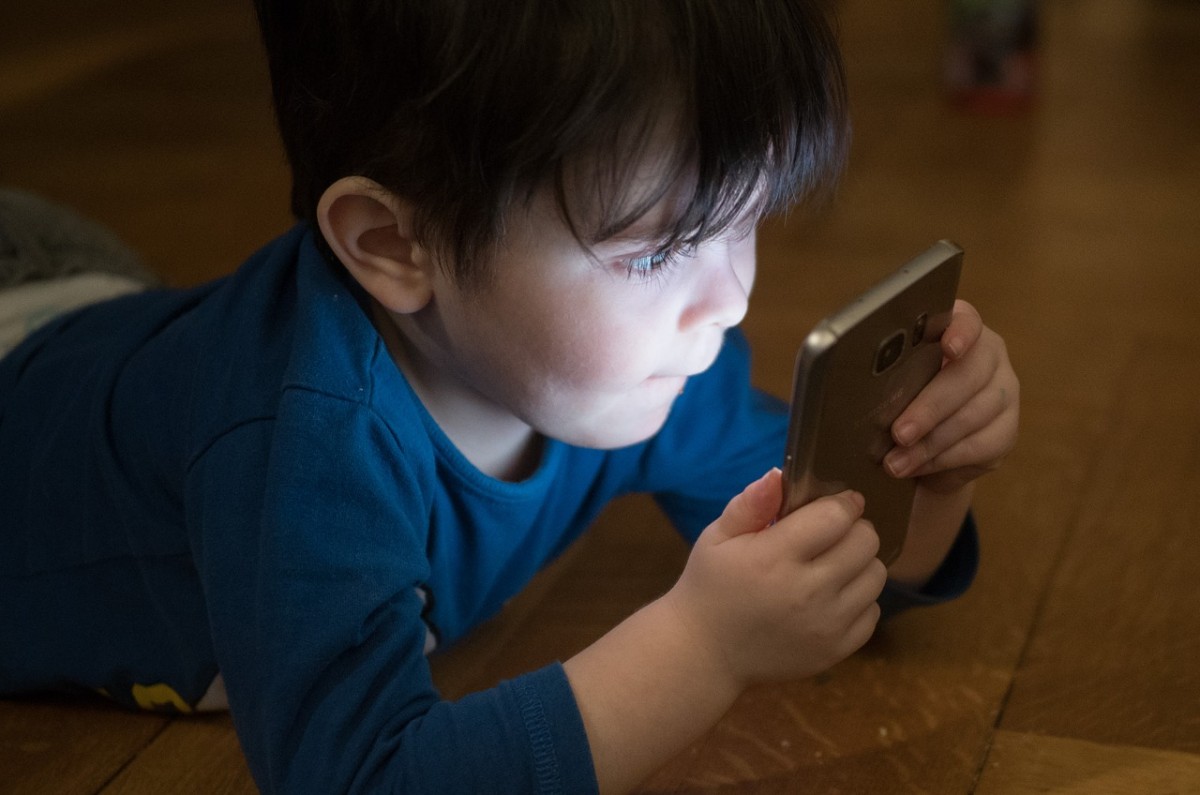 It seems that everywhere you look today, someone is looking at a screen of some kind and it isn’t just us adults! Children are becoming addicted to spending time looking at a screen, whether it be television, mobile phone, a computer, tablet or a games console.

So how much time do you think you children spend in front of a screen every day?

Chances are, it’s more than you think. According to the AAP, the American Academy of Pediatrics, children spend an average of seven hours every day in front of some kind of screen. That’s almost the same amount of time adults spend at work each day!

A study published by the Hospital for Sick Children in Canada, found that screen exposure in young children can really affect language development. The study found that for every 30 minutes of handheld screen time exposure, there was a 2.3 times increased risk for expressive speech delay.

Another problem with all this exposure is that it really is impossible for parents to constantly monitor what their children are watching. According to a BBC article, one in five children said that they have seen something on their devices that has upset them.

Too much screen exposure at a young age can also permanently affect brain development. Psychology Today interviewed Dr. Aric Sigman, an associate fellow of the British Psychological Society and a Fellow of Britain’s Royal Society of Medicine. He stated that young children need specific stimuli from the outside environment and that screens cannot mimic the way a child’s brain processes a mother’s voice as she tells a story, or how a child’s brain visualises pictures. These essential skills can become permanently stunted when they are not used often enough.

Now let’s mention the flashing lights and colors. As well as the immediate reaction that children get when playing a game, these increase the level of dopamine in the brain. Dopamine, or the “feel good” chemical, is highly addictive and children can learn to prefer the “quick fix” feeling of electronic interaction more than long-term, human interaction.

So what can you do if you feel your children are engaging in too much screen time? There’s lots you can do to limit their screen time exposure and here are just five actions you can take to help them detox.

Children watch what their parents do all the time. This is why it’s so important that you limit your own screen time so you can set a good example to them.

How much time a parent spends on their mobile phone can negatively affect their children’s behavior. Children can feel neglected when a parent is always gazing down at their phone instead of looking at them.

To reduce your own screen time, turn off your phone or leave it in another room when you’re around your children. Be conscious about how often you’re checking your social media, reading texts or e-mail during the day, and make an effort to limit or avoid these activities entirely when you’re with your children.

When your children have your full attention and realise you are not on a screen all the time, they will find it easier to also lower their own technology use.

Keep screens out of the bedroom

Screens emit a bluish-white light. This tricks the brain into thinking it’s daytime even when we are using them at night.

Children who use screens within an hour of bedtime experience jet lag feelings, making it harder for them to fall asleep, stay asleep and wake refreshed in the morning.

Ideally, children shouldn’t be looking at any screen for at least an hour before bed, and they shouldn’t have phones, computers or tablets in their bedrooms.

Reduce the number of screens

If you have fewer screens available in your home, it will be harder for your children to watch and play on them.

As mentioned before, do not put a television in your child’s bedroom. According to the National Institutes of Health (NIH) children who have televisions in their bedroom, watch 1.5 hours more per day than those that don’t have a set in their room.

Always charge mobile phones and tablets in a different room. This will help prevent screen exposure after bedtime, as well as disturbances during the night when a text or alert comes through.

Next, ask yourself, "Does my son/daughter really need their own phone?", "What will he/she gain from having a personal phone?", "Are the benefits (in terms of safety and security) worth the risks?"

There are no set rules or guidelines on when a child should or should not have their own phone, as this really is an individual choice. If you want them to have a mobile phone for safety reasons, consider getting your child a phone that doesn’t have access to the Internet.

The old saying “What gets measured gets managed,” can be applied to your children’s media use. So, start keeping a record of how much time your kids are actually spending in front of a screen.

Begin first thing in the morning, and write down exactly how much exposure your children are getting from any screen. This includes television, laptop, computer, tablet, console or smartphone. Include how much time your child is spending in front of each device, and what they’re doing.

Track their screen usage over several days in order to get an average.This way you’ll know for sure if they are getting too much, or just the right amount of exposure.

When children spend a lot of time in front of a screen playing games or watching movies, they often don’t get enough physical activity. Children who are more active sleep better, have fewer behavior problems and are able to focus much better than those who don’t.

So, how much exercise do children need?

School-aged children need 60 minutes of moderate to vigorous intensity exercise every day. Toys that encourage exercise are great. Think trampolines, skipping rope, football, roller skates etc, all these things will help get your children active whilst having fun.

You can also work some active time into your children’s screen time. For example, when you’re watching television together, think of ways to move during commercial breaks. Get up and stretch, race each other down the room, or have a push-up contest, every little thing helps!

Create Your Own Family Plan

While all these ideas are good, every family is different. Some of the tips above may well fit in and work within your household routine, while others won’t work at all.

Coming up with a specific plan that outlines when you and your children will use media can make it much easier for everyone to follow the rules. Make a chart stating when you will have screen time, when you won’t and what else you will be doing instead.

Technology still continues to play a much bigger role in society and with very good reason. It can be amazing, connecting us to people all around the world, giving people a voice who might not otherwise have one. It can expose us to opportunities, viewpoints, and ideas that we may never have otherwise encountered.

Children do need to explore these opportunities and ideas. But they also need parents to set guidelines and boundaries so that they have the time and freedom to do things children are supposed to do like build friendships with other children, play outside, and use their imagination.

Image by Andi Graf from Pixabay

7 Easy Ways To Boost Your Immune System Firstly, what is the immune system? Well, the immune system is our bodies defense barrier for protecting us against harmful bacteria, viruses and...
Read More