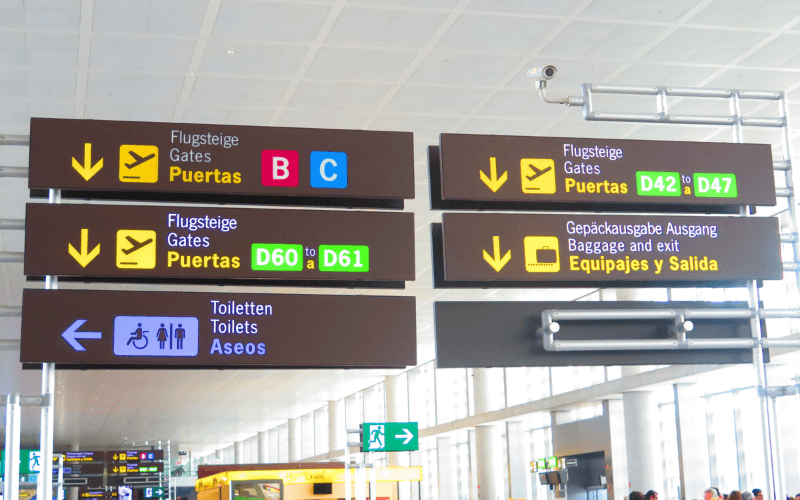 British Prime Minister Boris Johnson addressed the nation yesterday confirming that the traffic light system will go ahead but refused to say if holidays abroad will recommence on May 17.

Countries will be graded as red, amber or green according to their infection rates, vaccination success and the extensiveness of variants of concern.

The Global Travel Taskforce, will later this week publish its report that will set out more in-depth detail on the traffic light system but at this moment in time, International travel is banned, except for a handful of authorised reasons.

The new system will see people who are heading off to low-risk or “green” countries, not having to self isolate when they return to the UK. They will however be required to take Covid tests both before and after they arrive home.

Passengers arriving into the UK from countries on the “amber list”, will also have to self-isolate at home on their return, plus they will be required to take a Covid test prior to departure and again on day two and eight after they land.

Suggestions have been made, but not confirmed, that passengers who have been vaccinated, may be able to avoid certain restrictions.

Travellers arriving back in the UK from “red list” countries, will have to isolate for 11 days in a quarantine hotel at a cost of £1,750. They will also be required to take a pre-departure Covid test and further tests on day two and eight after arrival into the UK.

Currently, anyone arriving in the UK from overseas is required to self-isolate for up to 10 days.

The announcement of the traffic light system comes as angry Brits were reportedly turned away from a Ryanair flight that was due to leave Manchester heading to Spain.

One passenger, 50-year-old John Carey, claimed that Ryanair Staff were “rude and abrupt” and that the “treatment of passengers was deplorable” and that the whole situation was “a total disgrace”. Mr Carey, who is an accountant and owns a property in Spain was travelling to see his sons who are aged six and eight, for Easter Monday.

He said that he showed proof that his TIE card application has been accepted, but after showing an out-of-date Covid test, he was turned away. After searching for the valid test result he returned to the gate only to be told it was shut and he couldn’t board the plane.

Mr Carey was sent back to security where he had to allegedly wait an hour for a Ryanair employee to escort him back to the landside.

He claimed: "They seemed to be on a mission with everyone. It was a total disgrace.

"The treatment of people by Ryanair at Manchester was deplorable."

Another passenger named only as Alec, claimed that the airline staff had refused to let him, along with six others, board the aircraft to Alicante due to “arbitrary rules made up on behalf of another country”.

Speaking to The Olive Press, the angry Brit said he had checked the UK Government's latest guidance on travel and it stated that under the Covid lockdown rules he had a “reasonable excuse” to travel to Spain, as he is currently buying a property on the Costa Blanca.

He stated that on Monday, he (along with the other six) had been turned away at the gate because he didn’t have a post-Brexit TIE card, the new biometric card that has been issued to British residents in Spain since July last year. He claimed that “Ryanair staff got it wrong and he should have been allowed to fly”.

The UK Government's exemptions for international travel from England currently include flying "to carry out activities related to buying, selling, letting or renting a residential property".

In such cases, those travelling for these reasons are advised to show evidence such as proof of a contract, a letter or appointment details from an estate agent, or a relevant contract or letters detailing sales.

Alec said: "Ryanair staff had made the arbitrary decision to deny their passengers travel on behalf of the Spanish authorities."

He also claimed that “airline staff were unable to provide any evidence to back up their decision to bar the group from travelling, and were not willing to discuss the matter any further.”

The Olive Press reported that both Mr Carey and Alec claimed that a woman with Italian citizenship was also travelling back to her family who lived in Spain, but she too was denied boarding, leaving her in tears.

Another passenger said that "Given that so many Brits are having to be flown back at the airline's expense, I wonder if this was merely a cost-cutting exercise for Ryanair."

Brits, last week, were also refused entry to Spain at Alicante’s airport. They were reportedly sent back to the UK by border staff who were “overzealous”.

All of this comes amid the sheer confusion over travel rules following Brexit and also during the Covid pandemic.

It is currently illegal to travel overseas from the UK for holidays, but there are a handful of “reasonable excuses” that include work, education and the buying of property.