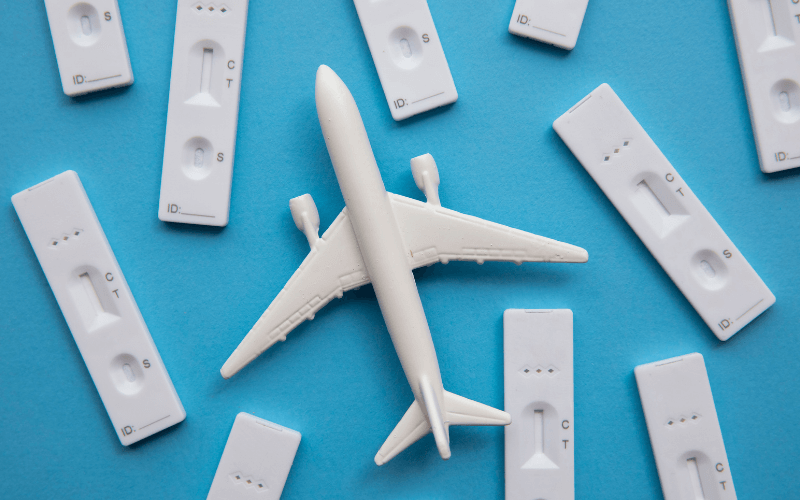 Spain has announced that it will be tightening the validity period of antigen tests for travellers entering the country from February 1.

Currently, travellers wishing to enter Spain using an antigen test must obtain a negative result within 48 hours of travel, however, the government announced that this will now be reduced to 24 hours.

In a press release, the country’s Ministry of Health said, “As of today, only negative antigen detection tests for COVID-19 whose sample has been obtained in the 24 hours prior to arrival in Spain will be considered valid and provided that they are tests included in the common list of rapid antigen detection tests for COVID-19, published by the European Commission based on Council Recommendation 2021/C 24/01.”

The change that will apply from Tuesday, February 1 will mean that those using an antigen test to prove they are not infected with Covid will have a shorter timeframe in which to get tested prior to arriving in the country.

Those who will be most affected by the change will be unvaccinated travellers from EU/EEA countries along with Spanish residents and nationals. Some third-country nationals wishing to enter Spain may also be affected by the update.

For travellers who choose to use a PCR or NAAT test, the current period of 72 hours will remain the same.

“Certificates of diagnostic test for active COVID-19 infection with a negative result belonging to molecular nucleic acid amplification tests (NAAT), whose sample was obtained within 72 hours prior to arrival in Spain, will continue to be considered valid,” the Ministry confirmed.

Travellers who are fully vaccinated can still enter Spain freely from February 1, however, they will need to have received their second dose or one dose in the case of the Janssen vaccine, between 14 and 270 days of travelling.

Anyone over the age of 12 who has been vaccinated more than nine months prior to travel will need to get a booster dose in order to be permitted entry.

“In any case, the diagnostic test certificate must include, at least, the name and surname of the holder, the date the sample was taken, the type of test performed and the issuing country,” the Ministry’s press release noted.

All travellers entering Spain must continue to submit a Health Control Form before arriving in Spain.