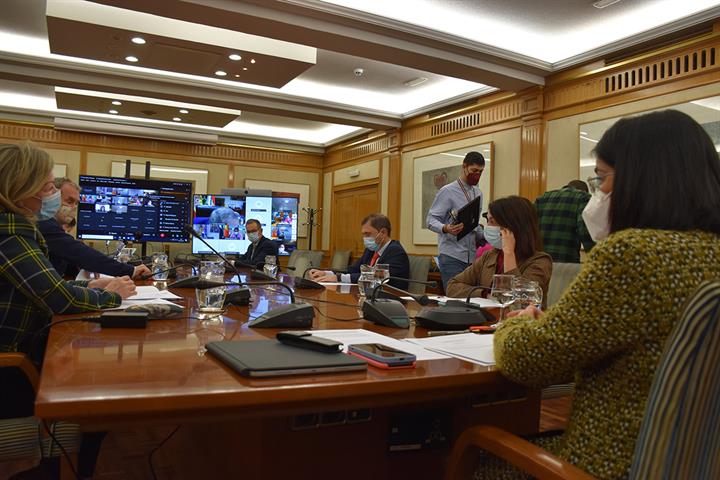 Spain’s Interterritorial Council of the National Health System (CISNS) has today announced that it will be increasing capacity limits at sporting venues.

Under the new measures, the maximum capacity in open venues such as professional football stadiums will be increased from the current 75% to 85%.

For indoor venues such as basketball and other sports, the maximum capacity will be increased from 50% to 75%.

From March 1, it is expected that the capacities at both indoor and outdoor venues will be increased further to 100%.

The move follows the decision last week to remove the mandatory requirement to wear face masks outdoors from February 10 following a backlash from both the public and politicians.

However, wearing masks will still remain a recommendation where overcrowding occurs outdoors and a safe distance of 1.5 metres cannot be maintained. Masks will still need to be worn within closed spaces.

The decision to remove the restriction came just two days after the minister of health, Carolina Darias said that the government would be extending the measure further.

Many opposition leaders called the decision controversial and described it as a “joke” and “blackmail”.

To enable the regulation to remain in place, the government included the subject in a package of votes, which included other issues such as the proposal for increasing pensions due to rising inflation.

The lifting of the measures are expected to be approved tomorrow by the Council of Ministers and then published in the Official State Gazette (BOE) on Wednesday. The new rules will then come into force from Thursday.

The mandatory use of face masks outdoors has been one of the most controversial restrictions since the policy was resumed at the end of December.

Epidemiologist and paediatrician Quique Bassat said that the decision to force people to wear masks outdoors was of a “cosmetic” nature.

“When the sixth wave broke out, everyone was asking for something to be done,” said Bassat, who believes that it is now “reasonable” to remove this restriction given that more than 90% of adults are now fully vaccinated and that the Omicron variant is considered to be a lot milder than previous strains.

At this morning's plenary session of the Interterritorial Council, the Minister of Health shared with the CISNS the important progress made by Spain in regulatory matters regarding the COVID Digital Certificate within the European Commission.

In this regard, it should be noted that a proposal to amend Regulation (EU) 2021/953 has been published with the aim, among others, that EU digital COVID Certificates (CCDs) can be issued to people who participate in clinical trials of COVID-19 vaccines (as is the case of the Spanish Hipra vaccine) and that said certificates can be accepted by the other Member States so as not to apply restrictions to free circulation.

The Ministry of Health has proposed the issuance of CCD-EUs for recovery based on antigen tests and not only on PCR tests which has been the case up until now. These advances must follow their normative course to be consolidated.