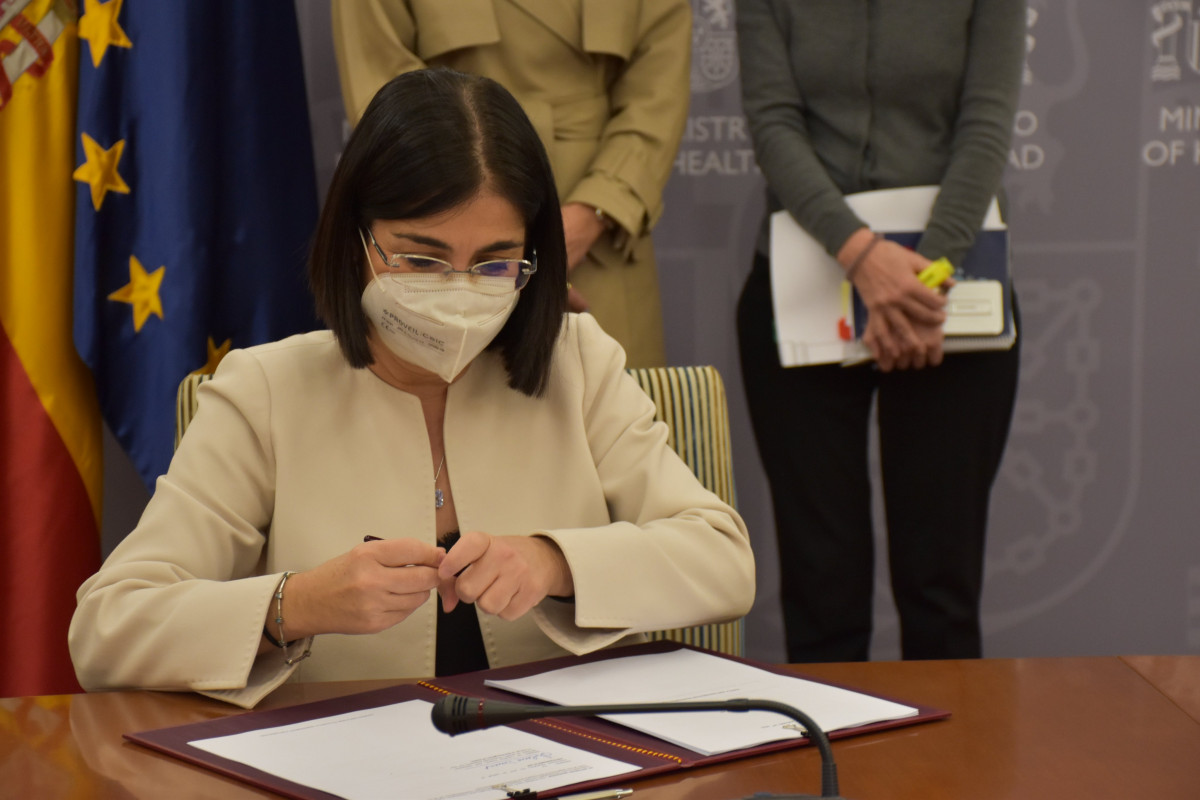 Spain’s government has done a u-turn deciding that the wearing of face masks outside will no longer be mandatory as of next week.

Minister of Health Carolina Darias (pictured), said on Friday that on Tuesday, February 8, the Council of Ministers will meet to approve the Royal Decree. This will then be written into the Official State Gazette (BOE) on Wednesday 9 with the law finally coming into force on February 10.

On Friday morning in an interview with Spanish radio station Cadena Sur, Darias said, “I can confirm that on Tuesday, February 8th, we’ll take the Royal Decree to the Spanish Cabinet through which we will cancel the outdoor face mask rule.

“Prior to that on Monday, we’ll hold an interterritorial meeting between the regional governments to debate the legislation.”

It comes just two days after the minister announced that it would be extending the measure, however, she did state that the measure would only be “temporary” and that the withdrawal of their compulsory usage was imminent.

Many opposition leaders called the decision controversial and described it as a “joke” and “blackmail”.

To enable the regulation to remain in place, the government included the subject in a package of votes, which included other issues such as the proposal for increasing pensions due to rising inflation.

Some say that the move was quite cunning, as a vote against the wearing of face masks outside, would also have meant a vote against pensioners receiving extra money. The end result of the vote was 162 votes in favour, 153 against and 28 abstentions.

The measure which was resumed in December has been extremely unpopular among both the public and health experts who maintain that there is very little scientific evidence to suggest its effectiveness in suppressing transmission of the virus.

Evidence suggests that transmission of the virus mainly occurs inside where people are grouped together.

At the last meeting between the Interterritorial Council and regional health chiefs, there was a difference of opinion on the measure with many regions such as Madrid, Catalonia, Castilla y León and Galicia demanding an end to the regulation.

Other regions including the Valencian region, Cantabria, Andalucía and the Basque Country wanted the measure maintained at least until the cumulative incidence rate was significantly reduced.

Spain along with Italy and Scotland are currently the only three European countries that are still requiring citizens to wear masks outdoors.

This compares to the figure two weeks ago on January 19 where it stood at 3,286.

The number of people requiring hospital treatment has also seen a significant fall in recent weeks with 17,012 reported on Thursday compared to 19,000 on January 19.

There are currently 1,947 people in need of intensive care due to Covid in comparison to the fortnightly figure of 2,230.

Spain’s vaccination campaign has been one of the most successful among European nations with 90.8% of all adults having received their full vaccination quota.

Sadly, another 183 people in Spain have lost their lives to Covid according to Thursday's official ministry figures bringing the total to 94,040 fatalities since the pandemic began.