Torrevieja is a coastal town in Spain, and a popular destination for foreigners looking to relocate to the country.

Below we give you the lowdown on what you need to know about Torrevieja.

Torrevieja is a coastal town situated in the Southeast of Spain in the province of Alicante and the southern region of the Valencian Community.

Located between the Sierra Escalona and the mouth of the Segura river, the town occupies approximately 71 square kilometres.

Torrevieja started life as a salt mining and fishing village due to its location between the sea and two large salt lakes commonly known as Las Salinas de Torrevieja. Today, salt mining is still undertaken in the region, producing around 600,000 tons each year.

The name Torrevieja comes from the fact that up until 1802, the town consisted of only a watch tower which gave rise to its name which is an amalgamation of ‘Torre’ - ‘Vieja’ or ‘Old Tower’. 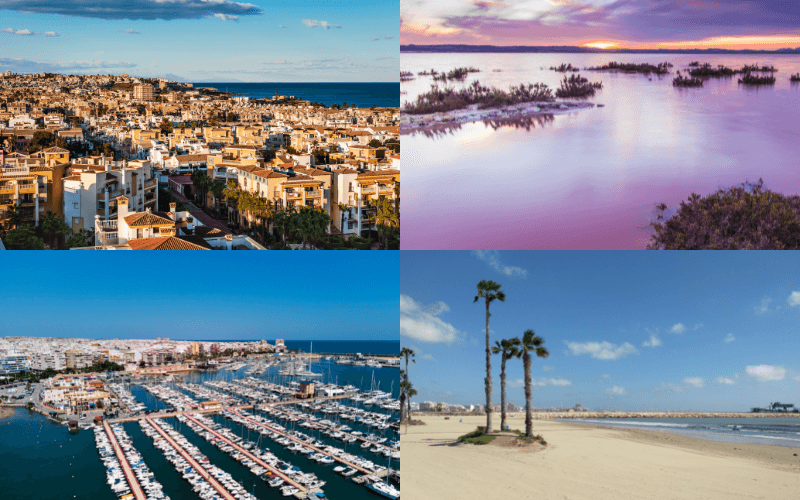 Torrevieja has an enviable climate which is considered to be very mild.

During the summer months, the temperature can soar to around 32c with the winter temperatures falling to a low of 6c.

The temperature between April and October ranges from 18c to 27c.

Sea temperatures are 19.5c on average, with a maximum of 26c during the month of August and a minimum of 14c in February.

According to the town's Municipal Register, as of early 2022, Torrevieja had a population of 88,800 residents making it the third-biggest town in the Alicante province and the fifth-largest within the Valencian Community.

UK nationals are the biggest group in Torrevieja with 4,813 registered residents as of August 2022.

This is closely followed by Ukrainians with a total of 4,596 residents. Following the Russian invasion of Ukraine in February 2022, this number increased by around 1,400.

This is followed by Russian nationals with 4,400 registered on the official census. 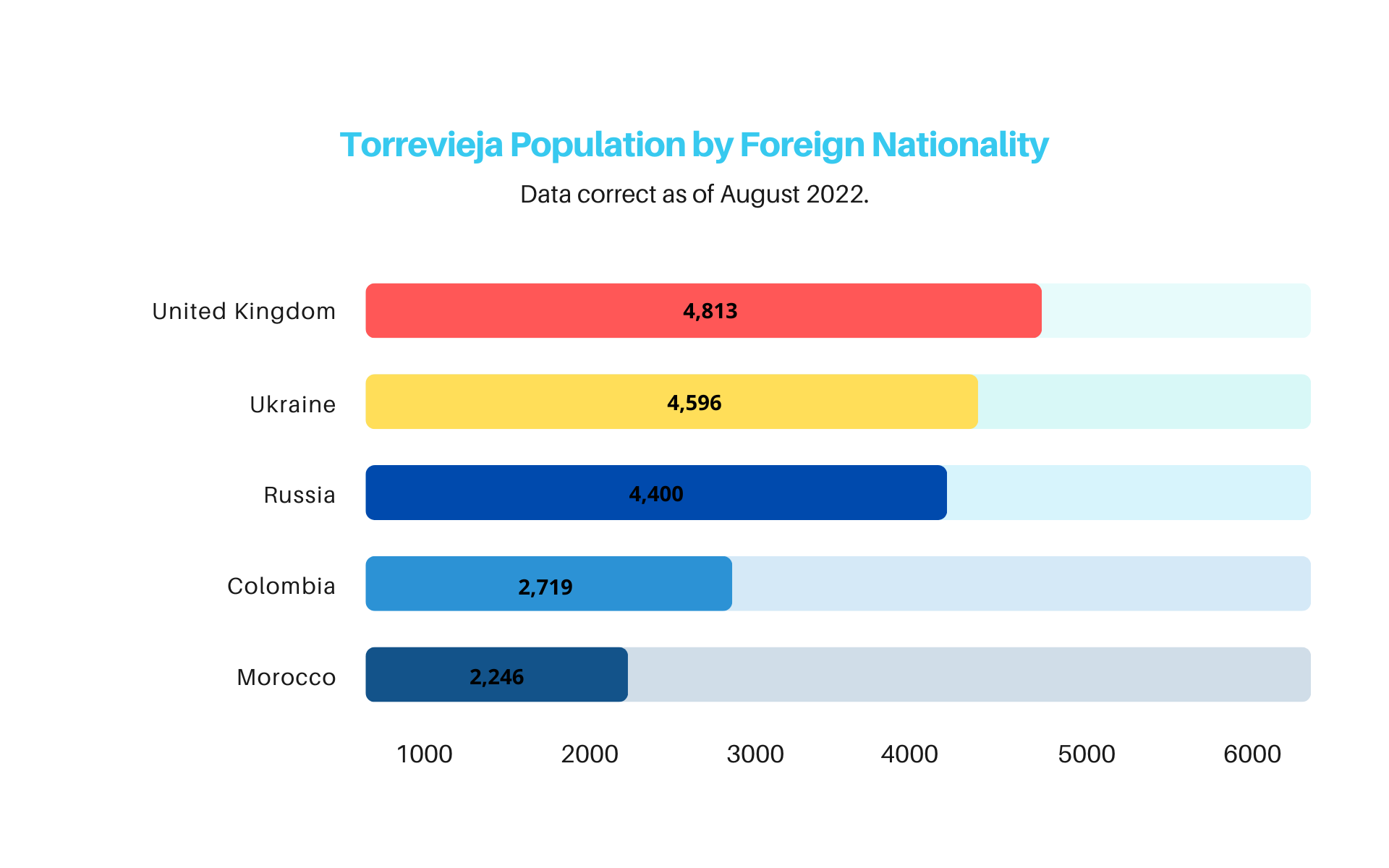 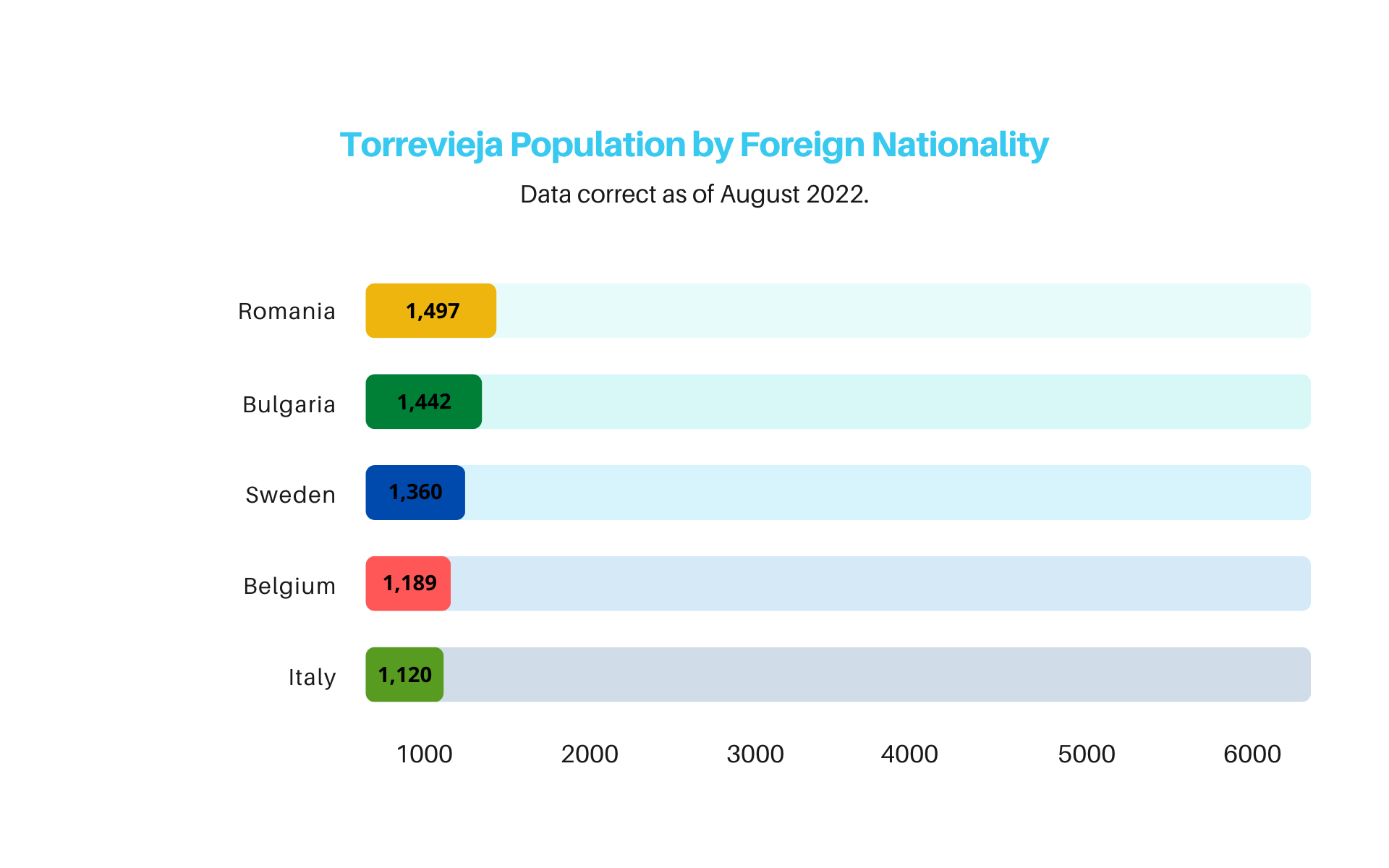 Torrevieja naturally has a real mix in terms of age groups.

According to the Municipal Register, the town has 16,257 children and young people under the age of 20 years equating to 18.3% of the population.

With approximately 20 km of stunning coastline, you will find a number of fantastic beaches at which to spend the day topping up your tan.

Many of the beaches are comprised of soft golden sand and are rated as blue flag beaches.

Some of the most popular beaches to visit are:- 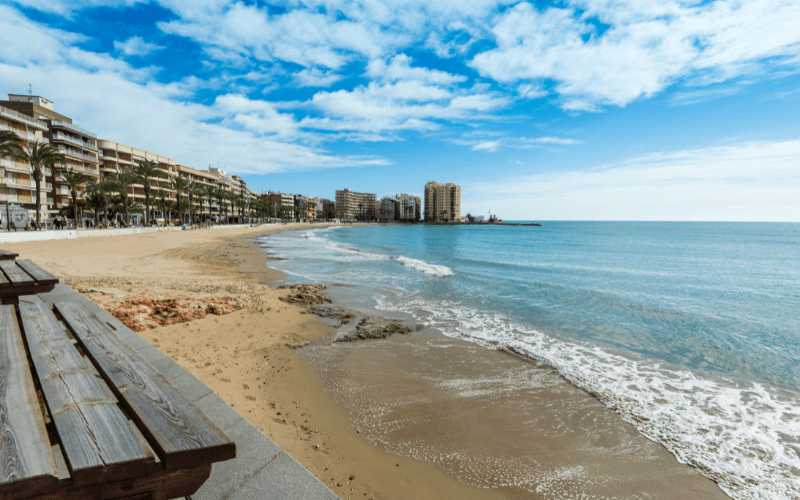 You can’t go to Torrevieja without visiting some of its most interesting and fun places. 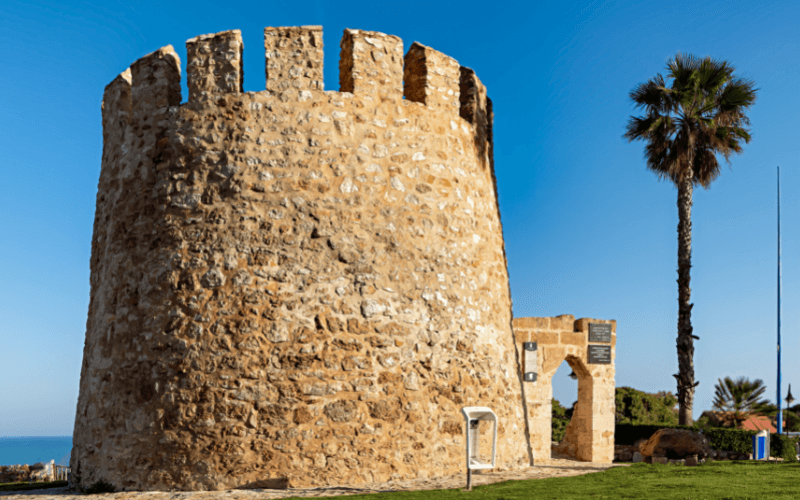 Guide To Elections In Spain For 2023 Expat Tips