Tiger Mosquitos: How To Avoid Them And Build A Trap Expat Tips September 29, 2019

Most people have been bitten by a mosquito in their lifetime, some of us more than others. Those annoying little critters leave people with numerous itchy bites, but in the process can also infect the individual with diseases such as malaria, dengue fever, chikungunya and in some cases, the Zika virus.

In the last few years, a new species of mosquito has made its way across the Mediterranean to Spanish shores; the Tiger mosquito (Aedes Albopictus).

Although originally a native of Southeast Asia, the Tiger has now established itself in other Mediterranean countries such as France, Italy, Greece and now here in Spain.

The Tiger mosquito is not only strikingly different in terms of appearance to the native Spanish mosquito, it is also much more aggressive!

The Tiger's bites are a lot more painful than the native Spanish mosquito and can cause severe swelling, scaring and in some cases infection that may require a visit to the doctor.

Tiger mosquitos are named as such due to the predominant black and white stripes that run across their bodies. The body of the Tiger is also generally larger than the native mosquito and can grow up to 10mm in length depending on the time of year and whether it has been recently feeding.

Tiger mosquitos have a flight range of around 200m and can usually be found close to a source of water.

Like all other species of mosquito, they are very much attracted to stagnant water, which helps them to breed.

May to October is the time in which Tiger mosquitos are most active, so be especially prepared during the summer season.

How To Avoid Tiger Mosquitos

Below are some tips on how to make yourself less attractive to both Tiger mosquitos and the native Spanish mozzie.

Insect repellent is seen as the best way to stop mosquitos in their tracks including Tiger mosquitos. They are one of, if not the best solution. There are an array of products available to buy, but it's important to remember some contain a pesticide known as DEET. If you are using a product that contains DEET, make sure you read the instructions before applying it. Insect repellents are extremely effective, but always remember to use it before you go outside and that you may need to reapply it throughout the day.

Most mosquitos including Tigers are active at dusk and dawn. This is due to the temperature being cooler and there being less wind. Obviously, when they're active, you're more likely to get bitten. So it may be a good idea to take extra care when venturing out during these times. You could plan activities for when mosquitos are less active to be on the safe side.

Mosquitos will bite any area that is exposed. One way to combat this is to wear clothes that leave fewer areas exposed as it will dramatically reduce the chances of you being bitten. Long sleeve shirts, for example, will stop you getting bitten on the arm. Warm climates and overdressing don't really suit each other, but if you can protect yourself by wearing clothes and hence reducing the amount of exposed skin on show, you will inevitably be of less interest to mosquitos.

Tiger mosquitos generally fly low to the ground and bite ankles and legs. To avoid this, make sure you have plenty of repellent on these areas of your body.

5. Get an Insect Net

Bug nets are excellent protection against bites when you're sleeping and are purpose made to stop mosquitos penetrating the material. With mosquitos being active more during dawn, you're more than likely going to be asleep. So a mosquito net is a good idea so you can sleep soundly, knowing you won't be waking up with itchy bites. If you're travelling abroad to somewhere where mosquitos are active, you can always ring ahead to make sure there is a mosquito net around the bed for example.

Fans are a great way to keep mosquitos at bay. One of the reasons that they are more active during dawn and dusk is because the wind speed has dropped. Contrary to popular belief, these pesky critters aren't strong fliers. By using electric fans and using them properly, you'll be able to blow the mosquitos away. They will have no chance of battling against the fans power to get close to you, and after a few attempts, they will eventually give up on the lost cause. Make sure to position them correctly so that they are blowing away from you in order for this to be an effective preventative tool.

Standing water is a breeding ground for all mosquitos, a real hotbed environment. They actually thrive off of it. By making sure there is no standing water close to your accommodation, for example, it will definitely make it less appealing for mosquitos to visit. It can be as simple as removing glasses and mugs that have water left in them. If you go to the beach for a day out, remember that you should clean everything fully, but don't leave any water behind in the buckets for example.

Other sources of old water can include dirty swimming pools, wells, cisterns, tanks and animal drinking bowls and troughs.

Have a quick check around where you are for anything that holds water, if there is any, get rid of it.

If you are unable to empty the water, make sure you cover it with mosquito netting where possible. If drinking water for a pet, make sure it is changed daily.

That way you'll help to prevent the spread of mosquitos in your area.

There are a number of plants and herbs that you can grow in your garden or place into pots that can actually help to keep mosquitos away. Some of the most popular are Rosemary, Lemon Balm and Lavender. See our other article 7 Plants To Naturally Repel Mosquitos for further information.

By adopting these tricks, hopefully, you'll keep the critters at bay and keep your skin free from itchy, red bites that keep you awake at night and scratching all day. Remember, if you do receive a bite, an anti-histamine is a must-have for your bag to relieve you from the itchiness and hopefully reduce the swelling.

The good news is that it is easy to build your very own mosquito trap. The information below has been provided by the Junta de Andalucia. You can see a copy of their guide here (in Spanish)

To build a mosquito trap you will need the following:

Simply cut the first third of the plastic bottle and use the bottom part for the mixture. Dissolve the brown sugar in boiling water and allow to cool before adding the yeast (mega important! if its not cool it will ferment too quickly). Also, don´t mix the yeast in, just allow it to float on top of the mixture (same reason - you don´t want it to ferment too fast). Then put the top of the bottle on upside down as shown in the image. For best results make 3 to 4 units and place them around your room/garden.

The basic idea here is that Mosquitoes are attracted to carbon dioxide and one of the by-products of fermentation is also carbon dioxide so this trap uses fermentation to attract mosquitoes. First, they get themselves stuck inside the bottle, can´t find the hole to get out and then fall into the sticky mixture and die.

Did you know that there are many plants and herbs that you can grow to help repel mosquitos? Read more here https://www.healthplanspain.com/blog/expat-tips/503-7-plants-to-naturally-repel-mosquitos.html

If you do need a pharmacy, read all about Spanish pharmacies here including how to find your nearest one in Spain - https://www.healthplanspain.com/blog/expat-tips/191-pharmacies-in-spain-la-farmacia.html 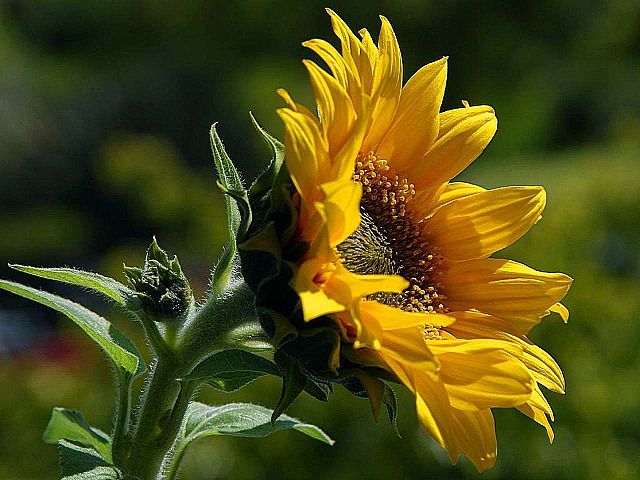 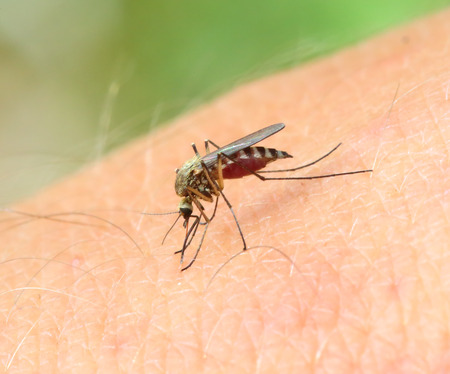 BREXIT: LATEST NEWS & UPDATES Brexit took place on the 31st of January 2020, it is important that UK expats living in Spain keep themselves informed on the latest news and updates...
Read More