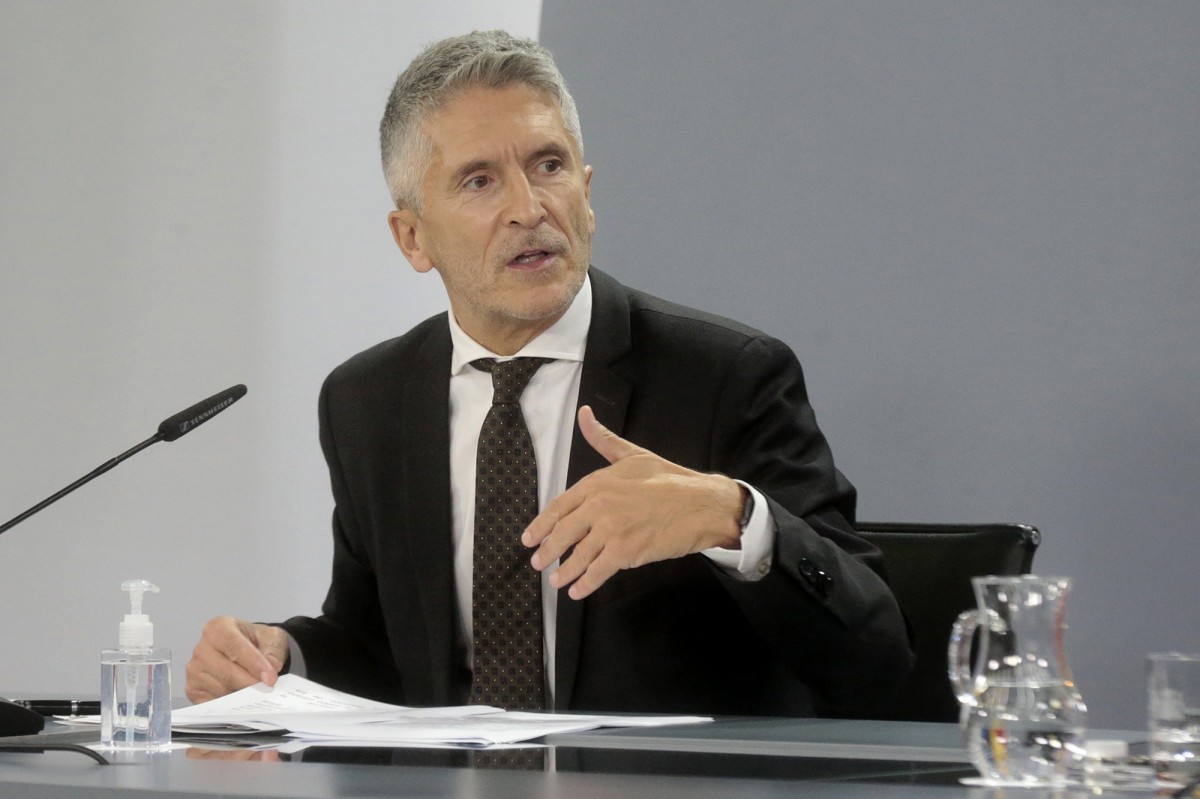 What You Need To Know About Spain’s New Traffic Regulations For 2021 Spain News November 11, 2020

The Spanish Government has announced a series of new traffic regulations which will see penalty fines and points increased along with reduced speed limits on urban roads.

On Tuesday, Minister for the Interior, Fernando Grande-Marlaska (pictured) confirmed that the Council of Ministers had approved a package of legal reforms which aim to generate a new model of road safety in the country.

The new regulations which are aligned with the recommendations of both the European Union and the World Health Organisation aim to reduce the number of deaths on Spanish roads by 50 per cent over the next decade.

The regulations will come into force from January 2, 2021, however, some restrictions such as the changes to urban speed will not take effect for around 6 months allowing motorists to become accustomed to the new changes.

The ultimate aim of the new legislation is to increase safety behind the wheel, which include the following measures.

The new regulation will mean that the deduction in points will increase from the current three to six points for those who are found to be using a mobile device while driving.

Those who do not wear a seat belt, helmet or do not use an appropriate child restraint system will see a four-point reduction from their licence points, up from the current three points.

The new regulations include the improper use of safety equipment, for example where a belt or helmet is used without fastening. The new laws stipulate that the consequences of not wearing them correctly are the same as not wearing them at all.

Those found to be using radar detection devices will now be fined 500 Euros and the loss of three driving licence points.

Currently, the law states that drivers can only be sanctioned when the devices are being used while driving. However, the new regulations dictate that the driver only has to be in possession of one to be sanctioned.

The new reforms determine that when overtaking, the speed limit on conventional roads must not be exceeded by more than 20 km/h.

This aims to reduce the number of head-on collisions that are an all too often occurrence when overtaking.

In the New Year, the general speed limits on urban roads will now be reduced and will depend on the classification of the road.

These speed limits will not take effect for at least six months from when the law is published in the official state gazette (BOE) to allow drivers to become more accustomed to the changes and new road signage.

Those found to be committing driving test fraud and using unauthorised intercom devices will now receive a 500 Euro fine and a penalty of six months before they can attend another driving exam.

Drivers will be able to recover two lost driving licence points if they complete a road safety driving course as certified by the General Directorate of Traffic.

A ministerial order will develop the necessary requirements that will need to be met.

Under the new regulations, the age to drive trucks will be reduced to 18 years after having passed the 280-hour Certificate of Professional Aptitude (CAP). The previous age to drive such vehicles was 21 years.
18-year-olds will also be permitted to drive coaches, but without passengers and within a maximum radius of 50 km.

From 21 years, they will be able to drive a coach with passengers but will need to complete the 280-hour CAP.

It is thought that the age reduction is due to a shortage of professional drivers within the road transport sector and provides opportunities for younger drivers to gain access to the labour market.

A major change to the regulations will be with personal mobility vehicles defined as vehicles with one or more wheels and equipped with a single seat and powered by electric motors with a speed of between 6 and 25 km/h, for example, scooters.

Such vehicles will no longer be able to circulate on sidewalks and pedestrian areas as well as interurban roads, crossings, highways, urban highways and urban tunnels.

In addition, these types of vehicles will have to comply with traffic regulations and will have to have a certificate of circulation to certify that they meet technical requirements.

The rules are excluded for those who use such vehicles due to reduced mobility.