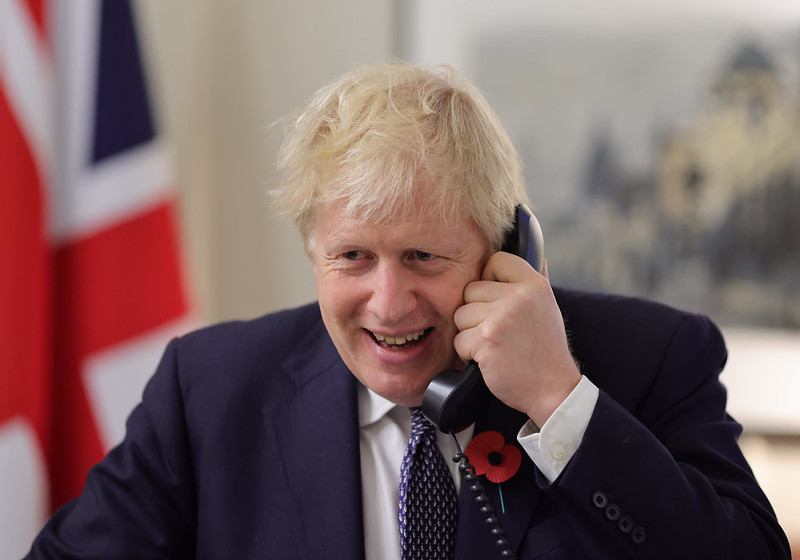 British Prime Minister Boris Johnson has affirmed his stance on Brexit saying that the UK will prosper outside of the EU if a post-Brexit deal cannot be found.

With trade talks set to resume this week, Ireland’s Foreign Minister declared that the two sides had no more than 10 days in which to settle their differences and come to an agreement.

On Monday, talks will begin once again in Brussels which could be the last opportunity that both sides have this year to formalise a deal.

The UK’s chief negotiator Lord David Frost said that there had been “progress in a positive direction” on a deal, however, "significant elements" are still yet to be agreed.

Frost's EU counterpart Michel Barnier proclaimed that he wanted future cooperations with the UK to be “open but fair”.

One of the two contentious issues is fishing rights. According to Coveney, no headway has been found since the summer and that there was still a “very, very wide gap”.

The EU wants full access to UK waters for its fisherman. However, the UK rightfully wants the EU to respect the UK’s post-Brexit sovereignty and to prioritise their own fishing vessels.

If there is no agreement on fishing rights for EU boats, the UK won’t get full access to the EU market to sell its fish there.

The level playing field is a trade policy that sets common rules and standards and prevents a country’s businesses from gaining an unfair advantage over those in another country.

Without the level playing field, businesses in the UK could receive state aid which would allow them to undercut rival firms within the EU. This is something that the EU has stressed will not be acceptable.

It is feared that with time fast running out and the two sides unable to find a way forward, the UK may have to leave the bloc and default to either a WTO no-deal or a trade agreement similar to those enjoyed by the likes of Australia and Canada.

Prime Minister Boris Johnson has stated on previous occasions that the UK will not accept any proposals that undermine Britain’s status as an independent sovereign country.

However, the EU is reluctant to hand over a big slice of the pie as it says that the UK’s close proximity to the bloc does not allow for a similar trade deal.

Contrary to popular belief, Australia does not currently have a free trade deal with the EU, although it has been in negotiations since 2018 to find one. Instead, it trades primarily under WTO rules which is what the UK may end up having to do.

Australia does, however, have other agreements in place with the EU which help to facilitate trade with the bloc.

It is also worth noting that Australia does nowhere near as much trade with the EU as the UK does. The EU is the UK’s biggest customer and accounts for around 50% of all imports and exports.

Trading under WTO rules could mean stiffer tariffs being placed on some exported products from the UK making them more expensive. Border checks may also mean long delays and disruption.

Another option is the Canada style deal and is thought to be the UK government’s preference.

The Canada style trade agreement would give the UK an almost free trade deal and most importantly, allow it to remain free of EU bureaucracy.

The Canada model which took around 10 years to negotiate would mean that most tariffs on goods between the UK and the EU would be removed.

Quotas (the number of products that can be exported without charge) would also be increased allowing the UK to export more products without extra charges.

The next week or so are likely to be pivotal in the Brexit negotiations and may well define how the UK trades with the EU come January 1.

It could be a case of who blinks first and which side is prepared to concede enough in order to clinch a deal.

The UK may decide to trade with the bloc on WTO rules initially and then seek further negotiations to tie up loose ends and streamline the whole process.

Although the UK left the EU on January 31, 2020, it will continue to follow the bloc's rules until the end of the year while negotiations continue.