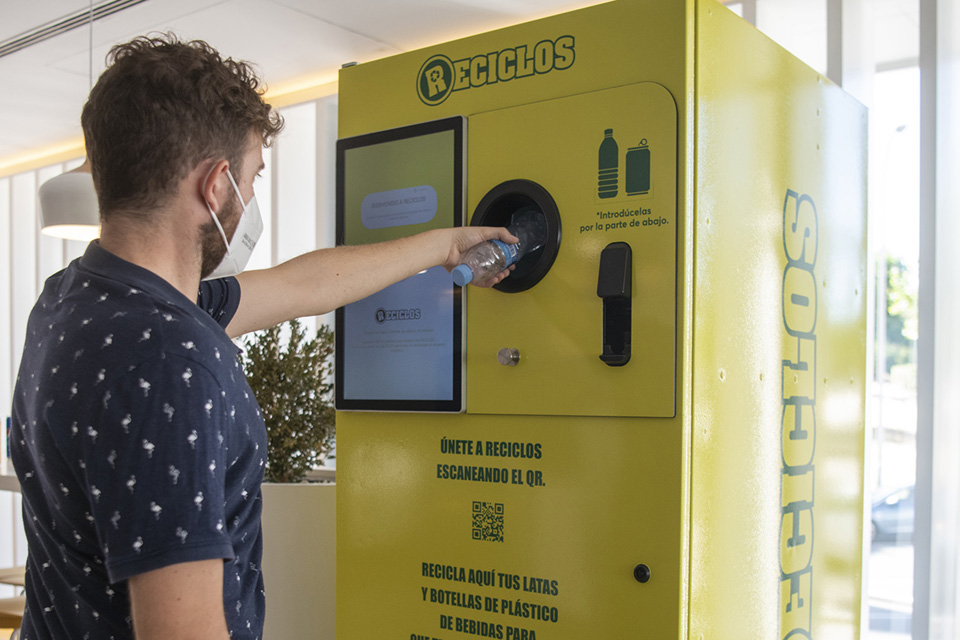 New Yellow Machines Will Reward Those Who Recycle In Spain Spain News November 26, 2020

Spanish train stations, shopping centres and leisure facilities will soon have new recycling machines which will reward those who recycle their used cans and plastic bottles.

The first 10 RECICLOS machines which were developed by the non-profit waste management company Ecoembes are already in operation in the Barcelona Metropolitan Area at different train stations, with a further five to be installed in the coming weeks.

By the end of the year, another 100 machines will be in operation up and down the country and will allow citizens to recycle the bottles, cans and other packaging that they consume while out and about.

The idea behind the initiative is to make the population more aware of these kinds of actions and the impact it has on the planet and their local environment.

The project will aim to provide incentives to those who recycle with the opportunity to win prizes such as electric bikes, along with discounts on transportation.

Credits can also be used to make donations to charitable organisations or to help with improvements to facilities within their municipality.

Nieves Rey, the Ecoembes Director of Communication said, “With the arrival of these machines, we want to bring the habit of recycling even closer to citizens, taking it to those places where they spend part of their time. In addition, they will reward those recyclers who have adopted this gesture and encourage others to start doing it”.

How will it work?

Using the RECICLOS machines is very easy. Users simply have to open the web app on their phones, scan the barcode on the container they are recycling and then deposit it into one of the machines.

They then scan the QR code on the machine’s screen and the transaction is complete.

The user will then earn recycle points which they may then exchange for available rewards.

The yellow recycling containers are already available in 17 municipalities in a number of regions including Madrid, Catalonia, the Balearics, Murcia, La Rioja and Aragón.

By the end of 2021, the initiative is expected to be in operation within all of Spain’s Autonomous Communities.

The importance of recycling cannot be overstated.

The recycling of bottles, tins and other containers is not only beneficial to our planet including saving raw materials, water, energy and reducing greenhouse gas emissions, it also leads to more employment opportunities.

Since their initial operation in Spain in 1998, the yellow and blue Ecoembes containers have been responsible for recycling over 22 million tons of packaging that might have otherwise ended up in landfill sites or our oceans.