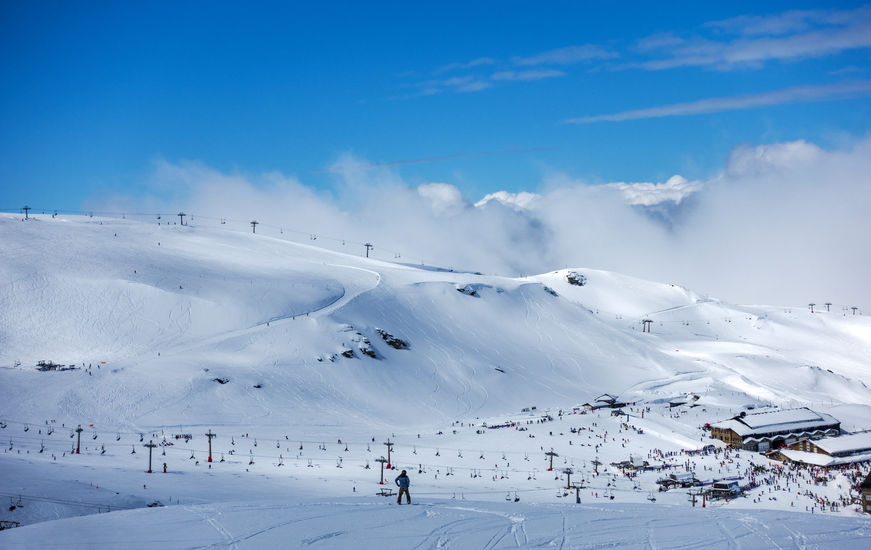 The Junta de Andalucia has announced that the popular ski resort of Sierra Nevada will open for the 2020/21 season this Friday, December 18.

Due to the current Covid restrictions, there will initially be a 50% capacity limitation on the slopes and establishments within the resort as recommended by the Ministry of Health.

Under the current conditions the Veleta, Borreguiles, Río and Loma de Dílar will be available to ski (always depending on weather conditions and snow levels).

This year, the sale of passes will not only be available online with the ticket offices at the resort closed for the sale of daily passes. The Borreguiles restaurant will be adapted to accommodate the capacity restrictions as defined by health officials.

Ski passes have already been sent to the homes of those who have already booked. For last-minute purchases, rechargeable ski pass collection points will be established in Pradollano.

Those visiting the resort are guaranteed of an abundance of snow due to the acquisition of 100 new snow cannons in addition to the existing 200.

Extra effort has been made this year to encourage skiers safely back to the Sierra Nevada and to pre-book all of their equipment in advance to avoid the need for queuing as to maintain social distancing.

Ski passes have already been sent to the homes of those who have already booked, with those visiting the resort guaranteed of an abundance of snow due to the acquisition of 100 new snow cannons in addition to the existing 200.

The local council of Monachil recently announced that they would be doubling their efforts to clear the snow from the roads in preparation of the opening of the resort.

In a previous statement, Mayor, José Morales said, “everything has been ready for days for the opening”, which he hoped would take place “very soon”.

Morales pointed out the significance of the Sierra Nevada to the economy of the municipality which relies heavily on the ski resort and the number of visitors it attracts each year.

"Thousands of jobs are at stake, many of them from Monachil residents,” he said.

Morales also stressed that the Local Police have been reinforcing controls during the closure of the Monachil perimeter and will continue to do so once the ski resort reopens to maintain social distancing measures.