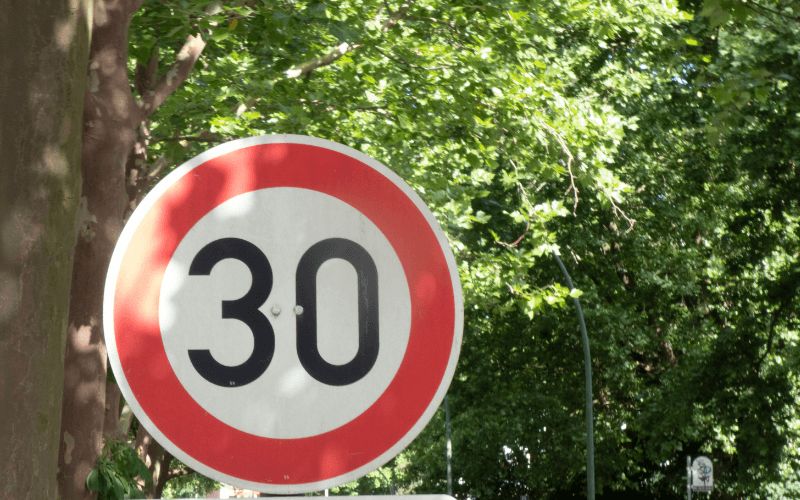 New speed limits for Spain’s urban areas will come into force on Tuesday, May 11.

These changes come six months after Spain’s central government approved a ruling, on November 10, to reduce speed limits across the country, allowing time for councils to put the new measures in place and replace road signs where applicable.

Tens of thousands of signs may have been replaced, but there are still many thousands of roads that have no signposts at all. These roads will still be subject to the new speed restrictions, so take exceptional care when out driving in urban areas.

Initially, for the first few days, the traffic department will be out on the roads advising the public of the new changes, but then it will be speed cameras that will be enforcing the new laws.

Which roads will the new speed limits apply to?

The new limits will apply to all urban roads (vias urbanas) in villages, towns and cities. According to Spain’s Directorate General of Traffic (DGT) this means “any roads that make up the internal communications network of a settlement, as long as they are not through roads (travesias) or are part of an arterial network.”

Approximately 165,600 km of tarmac roads that form Spain’s road network are vias urbanas, whereas travesias like motorways and dual carriageways make up only approximately 17,228km.

With this in mind, it is clear to see that these new rules will have a considerable impact on daily driving

So what changes can you expect to see?

New general speed limits on urban roads will be as follows:- 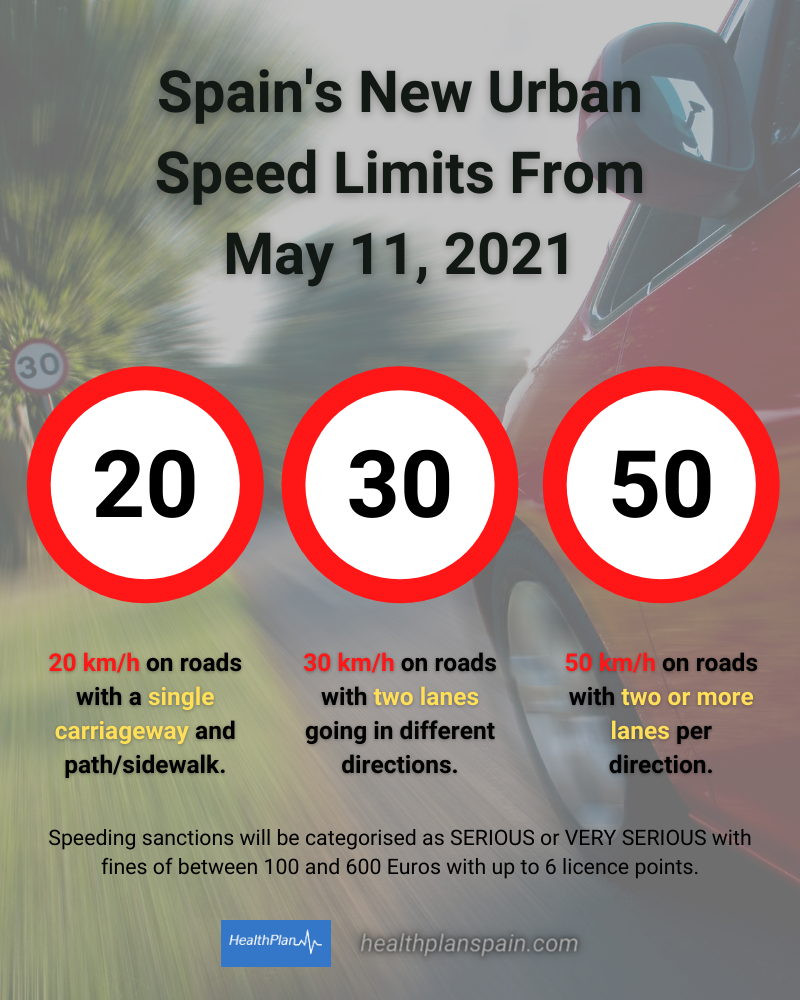 These changes apply to all urban areas including villages, towns and cities.

It is also important to note that vehicles will also no longer be able to exceed the speed limit when overtaking another vehicle on secondary roads in Spain, previously this was allowed by up to 20km/h.

The aim of lowering the speed limits in urban areas is to improve safety for cyclists and to reduce the number of pedestrian deaths.

Fines will be classed as either ‘serious’ or ‘very serious’.

Below you can see some of the possible fines and points that may apply.

The decision on which penalty is issued will depend on how much the imposed limit has been exceeded.

An allowance for mistakes will be applied to the corresponding speeds. Driving 1km over the lawful road limit will not see you being issued with a fine. 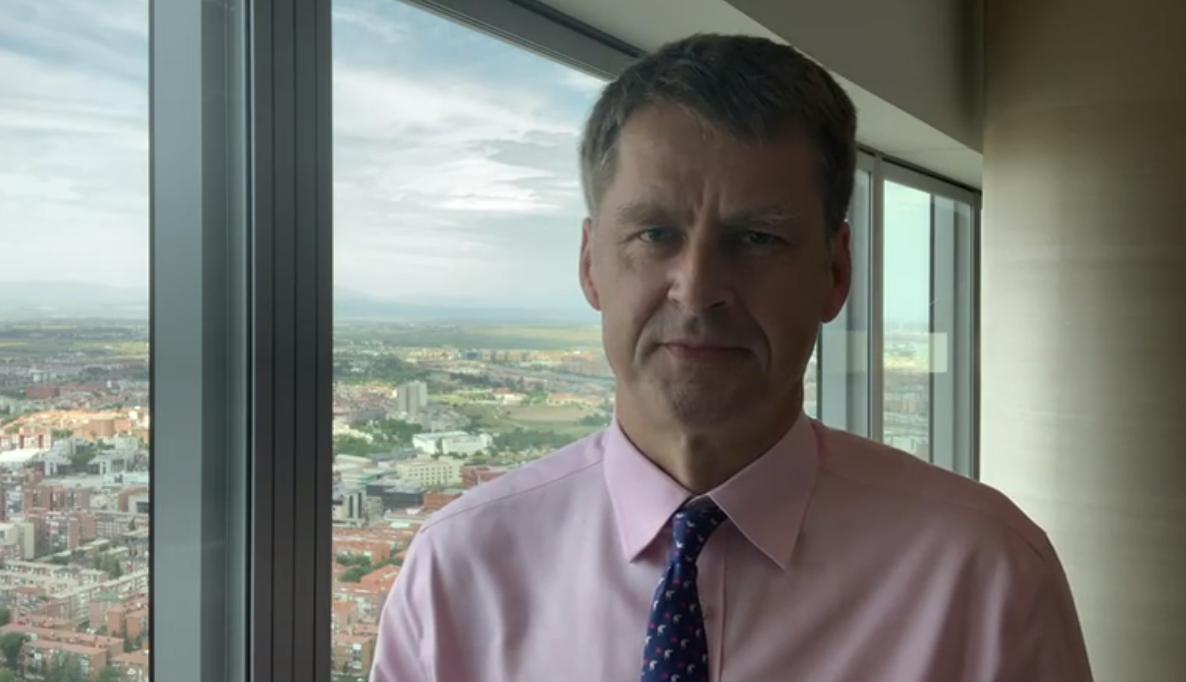 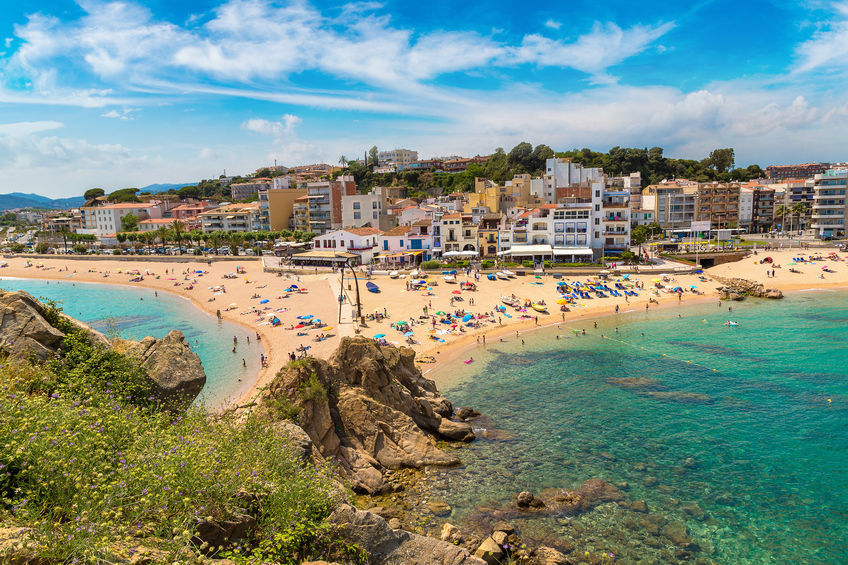 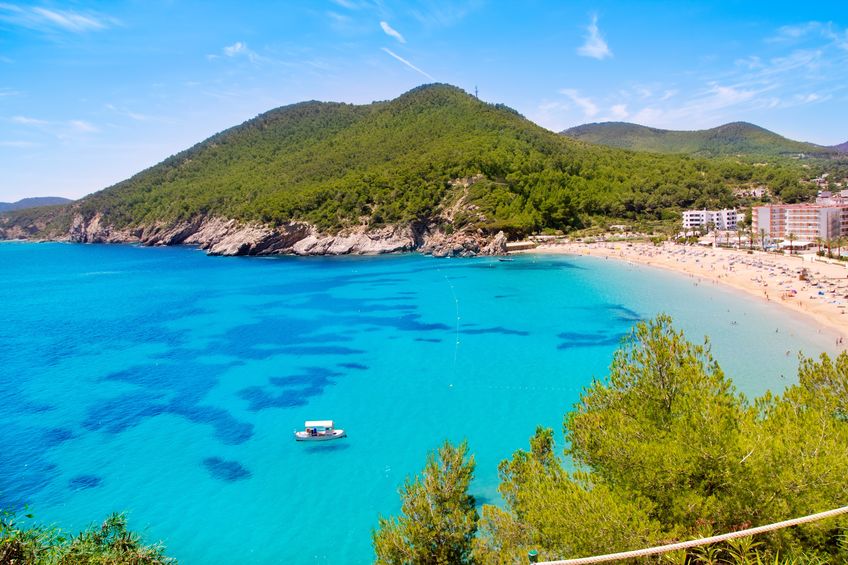 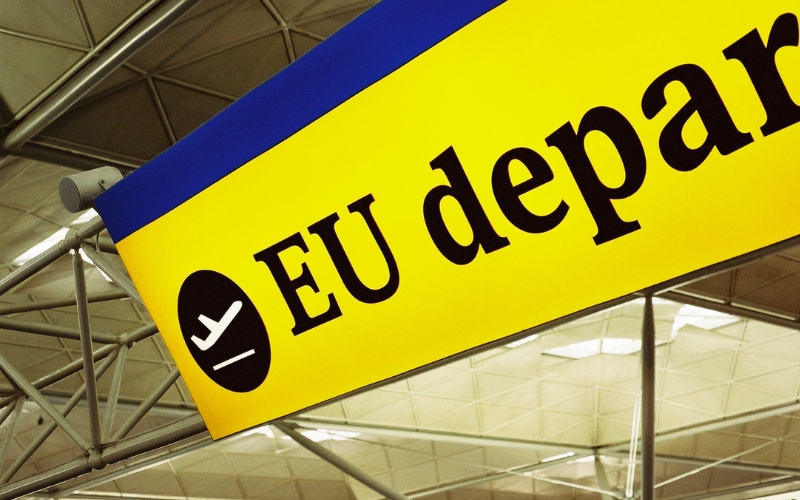 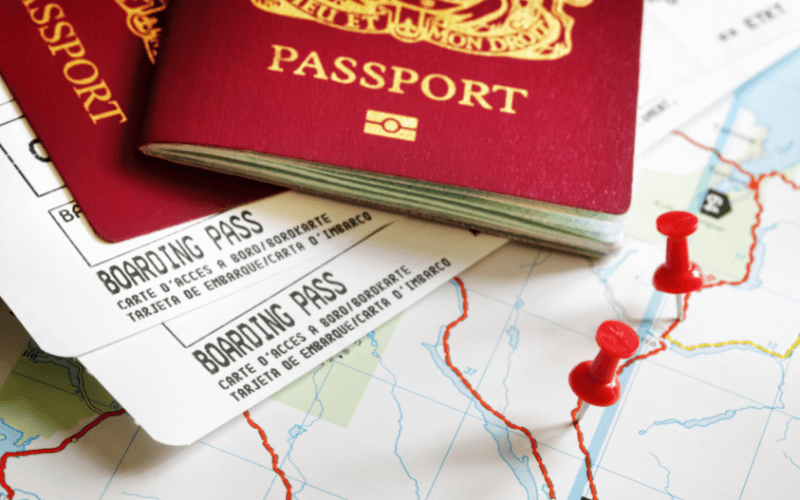