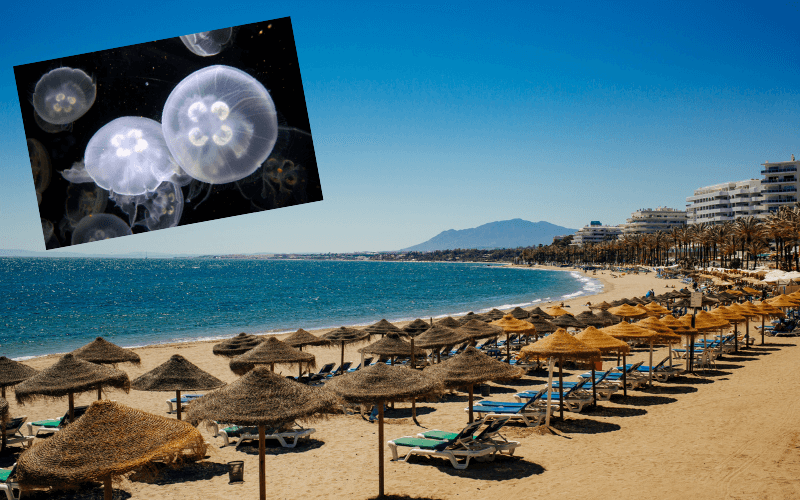 Tourists holidaying in the Costa del Sol region of Spain are being warned about the high numbers of Jellyfish invading beaches.

Beachgoers are being warned not to go swimming as up to 20 jellyfish an hour are being picked up from beaches. Coming into contact with a jelly can cause really nasty stings.

Some of the jellyfish, the Rhizostoma Luteum in particular, first appeared near Malaga a decade ago and can weigh more than 6 stone and be up to 2ft wide. They can also have trailing, stinging tentacles measuring up to 6ft in length.

Jesus Bellido, a biologist at the Aula del Mar museum in Malaga, said: “We knew that this summer could be good for jellyfish because in spring the conditions were perfect for them to multiply.

“Above average temperatures in the Alboran Sea, possibly, have made the breeding ground for these animals to reproduce.

“Now we have had almost two weeks of more persistent easterly wind and this has meant that the jellyfish, which this summer are more abundant than usual, are arriving more easily to the beaches.” 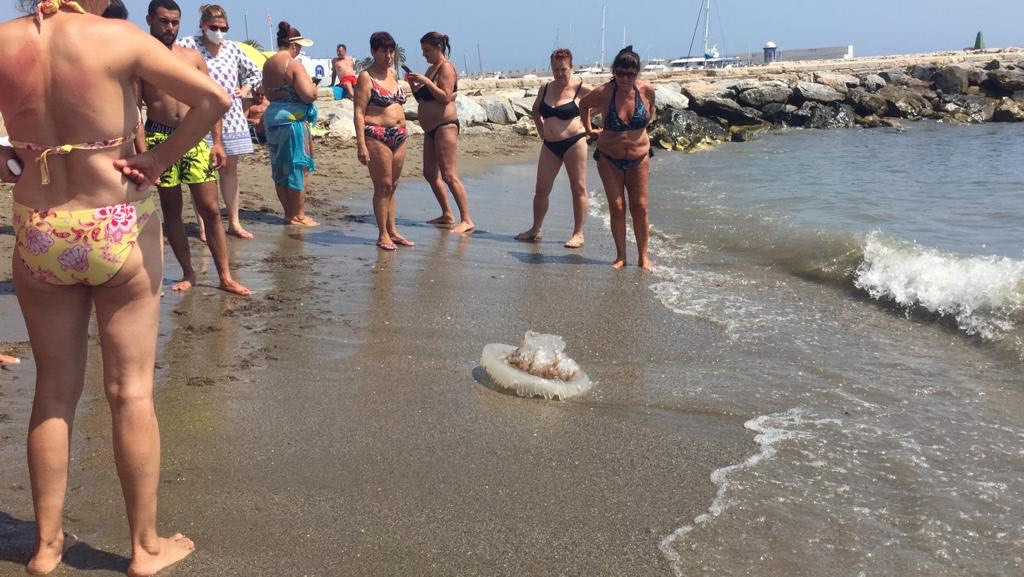 Mr Bellido stressed that although they are not ‘dangerously venomous’, inquisitive holidaymakers should still keep a good distance away from the tentacles.

He added that the species “are much larger and more cumbersome. Their bite is not as painful as that of the smaller ones.”

He also warned that they are here to stay for the month.

Over the past week, warnings have been issued on various beaches across the Malaga region, with Malaga council reporting that the city’s beaches are flying yellow flags to alert holidaymakers to the high presence of jellyfish.

Similar warnings have also been issued on beaches along the Granada coast, including Almuñécar.

Brit Francisco Martinez, 55, from Bromley in South London, is holidaying on the Costa del Sol with his family. He spoke to The Sun newspaper saying “It’s like something out of a horror film.

“I’ve been coming to the Costa del Sol for 20 years and this has never happened before. If you want to take your kids into the sea around here, you have to bring a net, it’s that bad.”

“Lifeguards are using bin bags to scoop up the dead jellyfish, it’s really unpleasant to see.

“It really ruins the experience of being here, especially after we’ve spent all year looking forward to coming to Spain.”

Holidaymakers can track the jellyfish threat on the Infomedusa smartphone app.