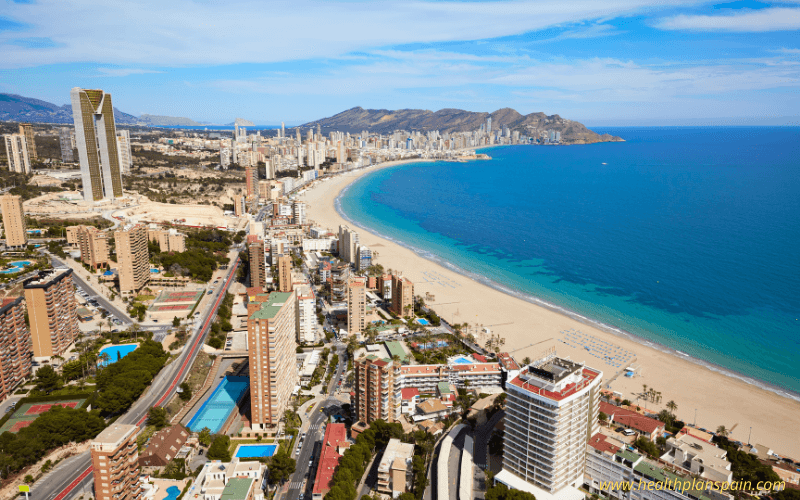 Spain has announced that it will ban all unvaccinated travellers from the UK due to concerns over the new Omicron Covid variant.

The new measures which will come into force from Wednesday, December 1, will mean that anyone over the age of 12 arriving in the country will need to show that they have been fully vaccinated against the virus.

The news will be a bitter blow to UK holidaymakers and comes just before many look to make their Christmas travel arrangements.

On Friday, Spain announced that it would restrict flights from South Africa and Botswana where the variant is thought to have been discovered and follows similar measures from other European governments.

Prior to the announcement, Brits arriving in the country only had to provide proof of a negative Covid test and complete a passenger locator form. This was regardless of whether they had been vaccinated or not.

However, this will change from Wednesday, meaning that only those who have been vaccinated will be granted entry in an attempt to restrict the spread of Omicron.

The UK Government's website for all the official information on travelling to Spain confirmed this stating, “The Spanish Government requires all arrivals to Spain from the UK (excluding children under the age of 12 years old) to present on entry proof of being fully vaccinated.”

British travellers must also make sure that they received their second vaccination dose at least 14 days prior to arriving in Spain.

It is important to note that the 300,000 or so Brits who permanently reside in Spain will not be affected by the new measures.

A spokesperson from Spain's Industry, Trade and Tourism said, "This will affect British residents but not British people who are resident in Spain."

It is thought that the new measures will have minimal impact on Spanish tourism due to the fact that the vast majority of visitors from the UK to Spain during the winter months are over the age of 50 and most likely to be double jabbed.

The news comes at a time when many European countries are already under pressure battling a recent spike in infections from the Delta variant.

The Netherlands has confirmed that 13 new cases of the Omicron variant were discovered among passengers on a flight returning from South Africa.

On Saturday, Israel detected its first case, becoming the first country to ban all foreign visitors.

Although it seems inevitable that the Omicron variant will eventually spread, governments are hoping to mitigate transmission by enforcing public health measures such as mask-wearing and social distancing.

On Saturday, UK Prime Minister Boris Johnson announced that from Monday it would be mandatory for masks to be worn in shops and on public transport.