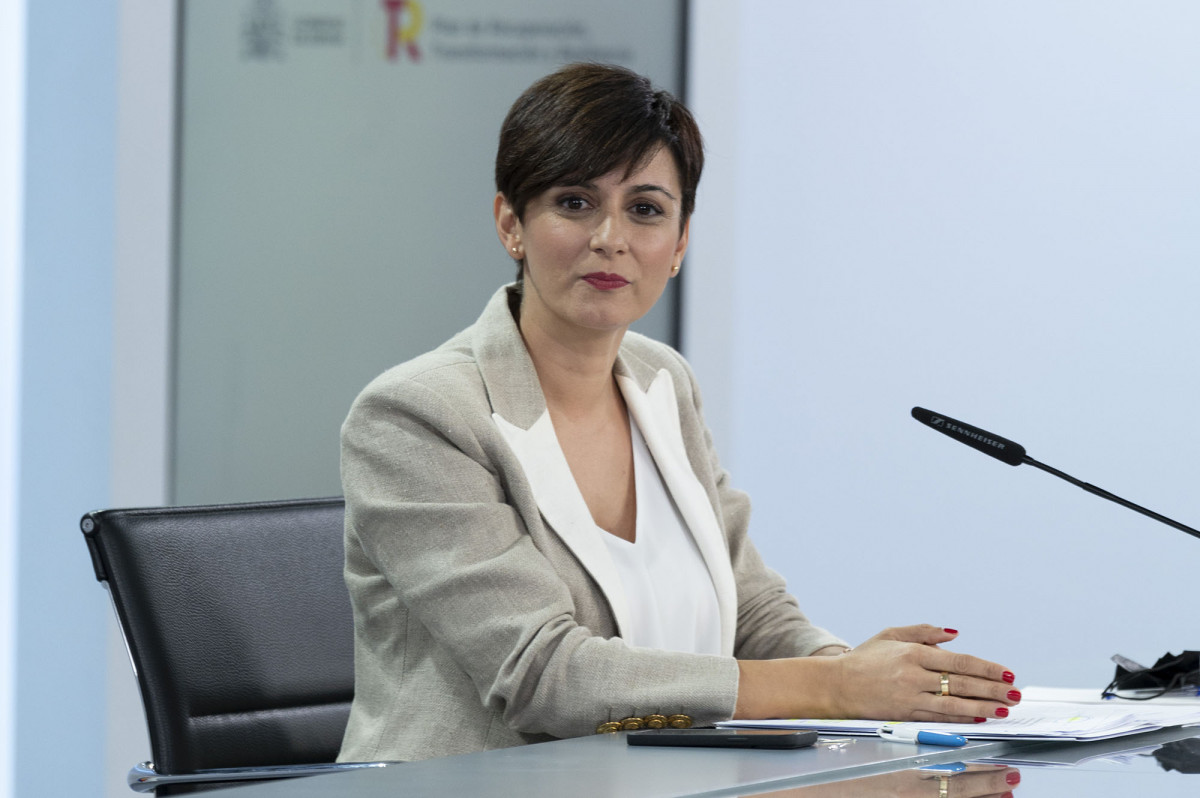 With a recent spike in Coronavirus cases and the threat of the new Omicron variant, there are fears that further restrictions may be imposed in Spain in the run-up to the Christmas Period.

However, the Spanish government confirmed on Tuesday that it does not plan on implementing new restrictions to stop any new waves of Covid in a bid to prevent further damage to the economy.

Government spokesperson Isabel Rodríguez (pictured) said, "The path of more than 15 months fighting the virus has also given us tools to stop it.”

She said that the solution was to “stop the virus without stopping the economy”.

"The data does not put us on a horizon of having to make other types of decisions. All the decisions we adopt will be on the path of economic recovery," she stressed.

It followed a press conference where the Council of Ministers decided to ban all arrivals into the country from southern Africa until December 15.

Instead of implementing harsh restrictions, the Ministry of Health on Tuesday said it recommended a number of measures to prevent a further rise in infections such as the wearing of masks, vaccinations, adequate ventilation in confined spaces and personal hygiene measures.

In addition, the Center for the Coordination of Health Alerts and Emergencies (CCAES) of the Ministry of Health recommends limiting the number of participants in social gatherings, especially over the Christmas period. However, they did not clarify what the limit would be.

CCAES also recommends continuing the vaccination drive and the administration of additional booster vaccines to specific members of the population. Furthermore, they also called for an “intensifying of the control and monitoring measures of people from Southern Africa,” where the Omicron variant originated.

On Tuesday, Minister of Health Carolina Darias emphasised the need of focusing on the country’s vaccination campaign saying, “First, and before introducing restrictions, you have to vaccinate. We already know that this is what works,” she pointed out.

Spain’s infection rate has continued to rise in recent weeks.

Official figures published on Tuesday by the Ministry of Health show that the incidence rate has continued to rise and now stands at 208.50 per 100,000 residents.

In comparison, just two weeks ago the incidence rate stood at only 88.65.

The increase in infections is also being reflected in the number of hospitalisations. These have increased dramatically over the past two weeks with the number of people requiring hospital treatment up from 2,164 to 3,847.

The number of people occupying ICU beds has also seen a big rise - up from 427 to 713 over the same two week period.

The Ministry reported a further 42 Covid related deaths on Tuesday, bringing the total to 88,052 since the start of the pandemic.