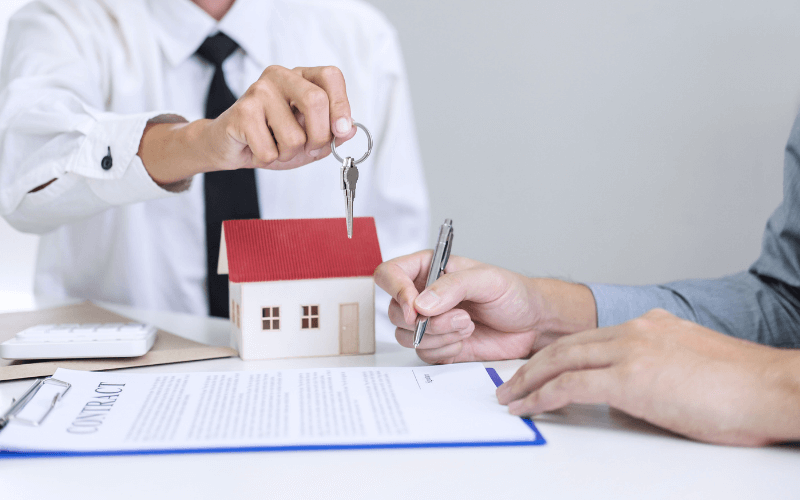 Spain’s real estate market is experiencing an unprecedented boom with the annual number of property sales up 34.6% according to the latest statistics published by the country’s National Institute of Statistics (INE).

In their latest report which was published on Tuesday, February 15, the data shows that a total of 565,523 homes were sold in 2021, eclipsing the figure recorded in 2008, prior to the real estate bubble bursting. Then, a total of 552,080 property sales were registered.

Of the total number of properties that changed hands, 86.4% were urban properties with 13.6% rustic.

After more than a decade of decline, it appears that the Spanish real estate sector has finally turned a corner with the number of sales exceeding those registered prior to the financial crash.

However, it is worth noting that at the height of the real estate bubble in 2007, there were a total of 775,300 property transactions, reflecting the huge demand of overseas investors looking to invest in Spanish property.

Between 2007 and 2013 there was a steady decline in the number of sales which fell by around 50%. Since then, confidence has slowly started to return. The start of the Covid pandemic along with the restrictions which followed also failed to dampen investor interest with INE data showing that there were still 420,238 sales registered during this period.

The data also suggests that buyer habits have also changed significantly since the real estate bubble burst. In 2007, more than 42% of property transactions were for new build properties. However, in 2021, this has dropped to just 20% of the total sales.

So which regions registered the most and fewest sales according to the INE report? 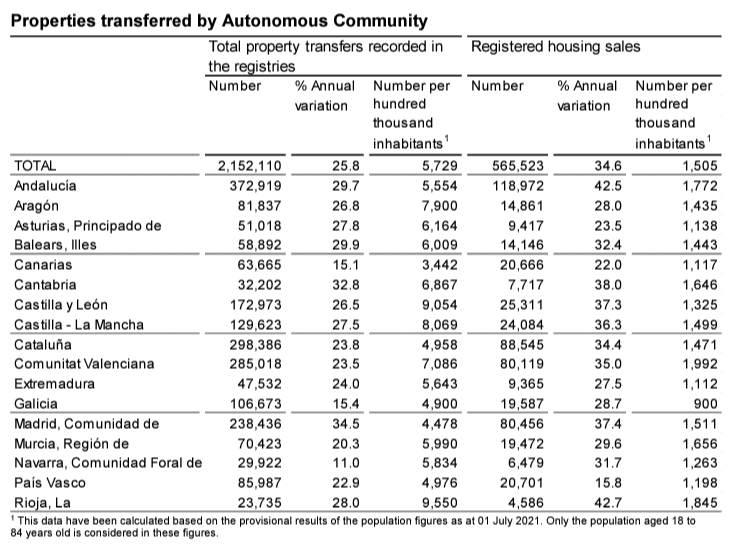