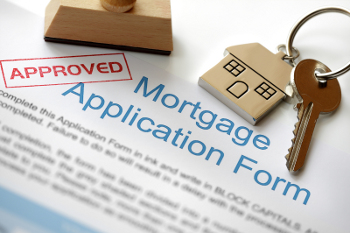 Finally, after seven years of recession it looks like the housing market in Spain is beginning to recover. In an effort to woo new buyers, certain banks are offering American-style fixed-rate mortgages over a long-term, which is ground-breaking in a country where 90% of all new mortgages have traditionally been variable.

One of the first banks to promote this scheme were Banco Sabadell. Their offer is for a mortgage rate that is fixed at 3.95% for 30 years and they are predicting that an impressive 20% of all their new mortgage business will be fixed-rate loans. Hot on their heels, CaixaBank is offering mortgages at 2.5% and 3% over a 10-year period.

So Why the Change?

According to José Luis Martínez Campuzano, a strategist from Citigroup, "Banks have improved their balance sheets and in terms of capital are now in a better position than they were", however, he notes that "in a climate of low interest rates, they need to be more profitable".

A number of factors are working together to change the way that Spain chooses its mortgage products. In addition to growing financial confidence, in September 2014 the European Central Bank (ECB) lowered its interest rates from 0.15% to 0.05%, while the quantitative easing (QE) programme of a trillion euros, which was announced on January 22nd, may well keep base interest rates low for quite a while.

Time for a Change

The problem with variable mortgages, of course, is that the rates can rocket. At the beginning of the recession, interest rate hikes by the ECB saw some mortgages rise from 2.64% (the average for the last 15 years) to a record 5.39% in July 2008. Unfortunately, people's salaries didn't rise at the same rate.

In response to the new fixed rate mortgages, other banks are now choosing to lower interest rates on their variable-rate mortgages in a bid to attract clients. BBVA for example, is currently offering rates of Euribor +1.6%, and Banco Popular Euribor +1.55%, etc. However, as Ria Álvarez, an analyst with Renta 4 points out, "The problem with lowering interest rates is that it could lead to a short to medium-term reduction in margins", and while, "this has never been a major problem in terms of bank profit margins up until now ... the risk exists."

This means that the mortgage market in Spain is going to be very competitive this year - so are the banks storing up problems for the future? Not according to Bankinter's CEO, María Dolores Dancausa, who claims that "Mortgages are hugely profitable in the right conditions" and she emphasises that the banks "are not going to lose their heads" when it comes to lowering mortgage interest rates.

Besides, according to Albert Figueras, the director of banking for retail clients of Banco Sabadell, the move to fixed rate mortgages will be beneficial. "With low interest rates and long-term loans, the expectation is that Euribor will go up again in the future," he has stated. "Securing a fixed rate now is in the interest of both the client and the bank."

What Does It Mean for You?

The difference in monthly mortgage payments on a variable rate mortgage can be quite extreme. Varying between a 2.64 percent Euribor and a 5.39 percent rate on a 100,000-euro loan over 30 years is the difference between an average of 485.52 euros and a maximum of 658 euros. With a fixed rate you always know what you are paying and this can save on foreclosure.

Spanish home sales have risen by 22 percent to 253,421 in the first nine months of 2014, according to data compiled by the statistics institute. This is a long way short of the housing market at its height of course, when a record 955,186 properties were sold.