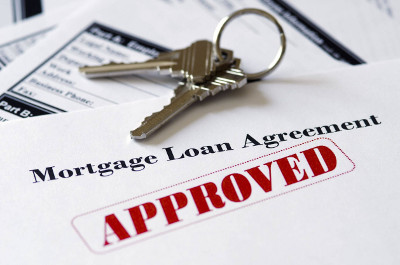 The latest mortgage statistics report from Spain's National Statistics Institute (INE) brings some positive news to those looking to get on the housing ladder here in Spain.

The INE (Instituto Nacional de Estadística) reports that in January of 2015, the number of mortgages that were issued by Spain's banks rose by 20% on the same period in 2014.

In total there were 20,913 mortgages recorded in the land registry for residential properties. The average mortgage value also increased on the previous year by 4.3% to 105,792 Euros.

The total capital that was loaned was 2.2 billion Euro's which represents a rise of 25.2% on the same time last year.

Maybe unsurprisingly, of all the regions it was Madrid that was awarded the majority of the capital with a total of 490 million Euro's loaned.

Of all the mortgages, 94% of those that were taken out were of the variable type compared to just 6% being fixed rate interest.

This is actually a little surprising as it was recently announced that more of the Spanish banks are now offering American style long-term fixed rate mortgages. Banco Sabadell for example have recently released a 30 year fixed rate mortgage with an interest rate of 3.95%. Read more here http://www.healthplanspain.com/blog/spain-news/363-spanish-banks-to-offer-long-term-fixed-rate-mortgages.html

The average mortgage interest rate for January was 3.29% with the average load term being 21 years.

Euribor Interest Rates at an All Time Low

Despite the positive figures from the INE, the number of mortgage approvals is still only a fraction (15%) of what was seen prior to the economic crisis in 2008.

The Euribor interest rates (which all mortgage rates are based on) have also recently hit an all-time-low of just 0.196% in comparison to the high of 0.621% in 2014. For many, the difference represents a saving of hundreds of Euro's per year on a typical loan of around 100,000 Euro's.

The Future for the Spanish Property Market

It is probably fair to say that as we see the economic situation gradually improve in Spain, the current strict lending criteria will also ease resulting in more mortgages being granted by the major lenders. This is the view of many economists who believe that the Spanish property market is well and truly back on the mend.