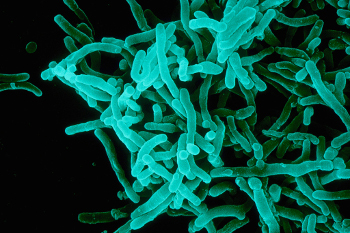 It is with sadness that we learn of the death of the 6 year-old boy from Olot, Catalonia, who died at the weekend from Diphtheria. It is thought to be the first recorded case in Spain since 1987. The boy was admitted to the Vall d'Hebron Hospital in Barcelona at the beginning of June after displaying symptoms of the bacterial infection.

Following the boy's initial diagnosis, screening of other children took place and identified nine other children and one adult who were also infected with the Diphtheria bacteria. Fortunately, they had all been previously vaccinated and as a result were unaffected.

It is understood that the parents made the decision of not vaccinating the boy over fears that the vaccination itself would cause serious side-effects.

The Spanish Ministry of Health originally sought assistance from the World Health Organization and U.S authorities in their search of a vaccine. Eventually, the anti-toxin vaccine was located in Russia and flown to Spain.

As the infection is now so uncommon, it is thought that this was the reason that no drug was available and had to be sourced elsewhere. Virtually all children are vaccinated for Diphtheria is why there have been so few cases in recent years.

The boy's parents were said to feel "terribly guilty" and felt that they had been "tricked" by anti-vaccine groups who in previous campaigns have encouraged parents NOT to vaccinate their children.

The Health Service General Secretary, Rubén Moreno, called such campaigns "irresponsible." He went on to say that, "The consequences of not vaccinating a child can be dramatic. The right to vaccination is for children, not for the parents to decide."

Unfortunately, the anti-toxin did not resolve the boy's condition and he passed away over the weekend.

Diphtheria is highly contagious and can be spread like the common cold and flu, through the air or via direct contact. Symptoms are also similar to those of a cold including a fever, chills, a sore throat and difficulty in swallowing.

This case really does highlight the potential dangers of not vaccinating your child from what is still, a deadly disease.

Minor reactions to the vaccine are very common within the first 24 hours and usually result in a high temperature or loss of appetite. Severe allergic reactions are extremely rare, which is the case with any vaccine, but there is far greater risk in getting Diphtheria than there is of any side-effects from taking the vaccine.

In fact, the Centers for Disease Control and Prevention (CDC) states that severe reactions occur in just 1 in every million doses. http://www.cdc.gov/vaccines/vac-gen/side-effects.htm#dtap

Diphtheria is a highly infectious bacterial infection that affects the nose and throat. Once contracted it can cause breathing problems, heart failure, paralysis and even death.

Although the disease can be treated with antibiotics, it is thought that approximately 1 in 10 patients will still die even after being treated.

Diphtheria is caused by the bacterium Corynebacterium Diphtheriae, which multiplies on or near the surface of the mucous membranes of the throat. This causes a thick grey membrane to cover the throat and tonsils.

Symptoms of Diphtheria are very similar to the common cold including fever, chills, sore throat and swollen glands. Signs are usually visible within 2-5 days of being infected.

Getting Your Child Vaccinated Against Diphtheria

There is only one way to avoid being affected by Diphtheria and that is to get immunised against it via vaccination.

Please see our page on Vaccinations and Immunisations in Spain for further information and schedules.

If you are in any doubt, please seek professional guidance from your doctor. If your child was previously vaccinated in the UK or other European country, you will need to show a record of this to your doctor in Spain.

The Dangers of Social Media

The story just serves to emphasise that making such decisions based on 10 minutes of research on social media is never a good idea. Please speak to a medical professional in all instances.

Your child doesn't have the knowledge or life experience to make such life changing judgements, but you do.

The Internet is a great tool and has huge benefits, but it can never replace sound medical advice provided by an authorised healthcare professional.