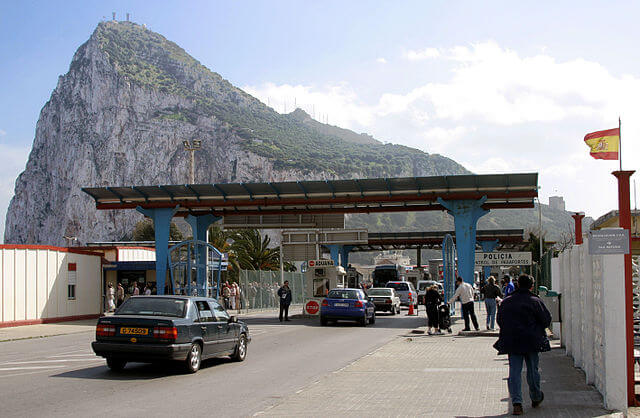 With the referendum on whether or not the UK remains within the EU now decided, it's important that expats currently living in Spain understand the implications of the UK leaving.

With a total of 51.9% of the British public voting to leave the EU, many Brits living in Europe have now been left in a state of limbo almost overnight, with many of us uncertain about our futures.

According to official figures, there are 761,000 Brits living in Spain and some 1.3 million living in the EU. How will they be affected? 1

If you've been watching the UK news over the last few months you will have seen and heard an abundance of spin and scaremongering from both the remain and leave camps.

The Remain camp warned us of economic doom and gloom if the UK left, with the Leave camp focusing more on the effects of mass immigration into the UK and the strain on public services. But who's right? Or is it all a load of subjective political propaganda?

How Will Expat Pensioners Be Affected?

With around 35% of expats in Spain over the age of 65, pensions and healthcare are two of the most important topics of debate when discussing the EU referendum.

Although there can be no doubt that pensioners will continue to receive their pensions into Spain, what is unknown are the effects the leave vote will have on currency exchange rates.

With many pensioners dependent on their state pensions and the amount of Euro's they receive each month, many will be worried that their incomes will be hit by any sharp moves in currency markets, specifically, the value of the pound. At the time of writing, Sterling has already fallen by around 6% on news of the Brexit vote.

Then we throw into the mix the yearly state pension increase, which expats in Spain are currently entitled to due to the UK being a part of the EEA (European Economic Area). The leave result could mean that this yearly increase is lost meaning that pensions are in effect frozen. 2

Then we come to healthcare. As we know, Brit pensioners are covered for state health care due to the reciprocal agreement between the UK and Spain.

But what happens now the UK has decided to leave the EU?

Despite what the politicians tell us, the truth is that we just don't know. It may mean that many will feel the need to purchase private health insurance to insure that they continue to receive adequate healthcare.

It's worth noting though that in 2014/15 the UK paid out around £675 million to other EU member states to pay for healthcare treatment for UK pensioners. In reverse, the UK receives just £50 million each year for Europeans living in the UK. 3

Of the £675 million, £223,290,021 was paid into the Spanish healthcare system.3 Would it be in Spain's interest to lose this along with the millions of Euros that UK pensioners bring into the country in the form of their pensions?

Will You Need a Permit or Visa to Work in Spain?

Many of us who emigrate to Spain of course need to find some form of employment. Under existing EU rules Brits are permitted to move freely throughout the EU and if need be, look for employment.

So although it is highly unlikely that Brits will no longer be able to work in Spain, doing so could well involve a certain degree of form filling.

Freedom of Movement Within the EU

The Spanish Prime Minister Mariano Rajoy was recently quoted by the media as saying "Leaving the European Union would mean that British citizens would lose their right to move freely, work and do business within the largest economic area, the largest market in the world,".

He went on to say "It would be very negative for British citizens: the European Union is based, ever since its foundation, on principles of freedom of movement of people, goods, services and capitals."

So is he right or is this just another case of scaremongering from our politicians?

Who knows? Much will depend on negotiations within the post two year settlement period, which will now take place between each of the 28 member states and the UK.

How Will It Affect English Businesses in Spain?

Many expat business owners in Spain rely heavily on tourism from the UK such as bar owners and restaurateurs. If free flow of British tourists into Spain is restricted in some way, this could have a huge impact on these businesses.

Some Brits in Spain run shops selling UK imported products that expats miss from home. How will the Brexit vote affect the cost of those products? How will this affect the importation costs?

Then we have the property owners who rent their holiday homes out almost year round. How will they be affected by Brexit?

Another thing to consider is the impact tourism has on the Spanish economy as a whole. Each year around 12 million British tourists holiday in Spain, which contributes around 11% to the country's economic output. The tourism industry also accounts for over 2 million jobs. It's simply not in Spain's economic interest to prevent British citizens from travelling freely into the country, Brexit or no Brexit. 4

British expats would also benefit from existing legal protection under the Vienna Agreement of 1969, which states that the termination of a treaty "does not affect any right, obligation or legal situation of the parties created through the execution of the treaty prior to its termination."

The House of Commons Library says that "withdrawing from a treaty releases the parties from any future obligations to each other, but does not affect any rights or obligations acquired under it before withdrawal."

What this means is that expats who have already exercised their right to live in any EU member state will retain that right. So if you moved to Spain prior to the UK leaving, your rights would be protected under international law.

We also have to remember that the UK would under article 50 of the Lisbon Treaty, have two years to negotiate any new deals with the remaining 27 member states. 5

The world for expats in Spain will not come to an end overnight as many politicians will have us believe.

What worries you most about the Brexit? Join us on Facebook and share your thoughts with other expats in Spain.

Image By Arne Koehler [GFDL or CC-BY-SA-3.0], via Wikimedia Commons