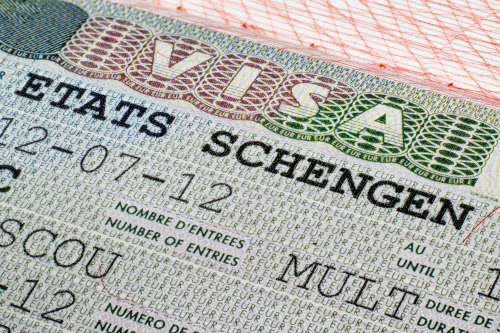 Britons Visiting Spain Could Be Forced To Pay For An EU Visa Spain News May 02, 2018

British tourists may be forced to purchase a visa when visiting popular holiday destinations within Europe it has been revealed.

After Brexit, on the 29th March 2019, Britain may see the end of the free movement in Europe and as a result, British travellers may have to pay a charge for an ETIAS visa when visiting EU countries.

If the European Parliament votes in the proposals, it will see Britons paying around €7 for a European Travel Information and Authorisation System (ETIAS) visa. The idea behind the visa is to protect the EU external borders and will help the EU defend their citizens and stop those who may pose a threat. The system was agreed by the Bulgarian Council and European Parliament and is believed to be an 'important step' in protecting the EU's external borders.

How Does an ETIAS Visa Work?

An ETIAS visa can be used by third-country nationals, of which the UK will be after Brexit, and can be used to allow and deny citizens to travel within the Schengen area. If British citizens want to visit EU countries, they will need to submit an application and the EU can check Interpol databases to see whether each citizen should be accepted or denied entry.

For Britons, the visa will mean planning in advance of journeys to the Schengen countries. British travellers will also need to complete an online application before their trip. However, an authorisation will be valid for three years or the length of a valid travel document, whichever comes first.

It is thought that applications with no data issues will be issued quickly. However, if Interpol databases highlight a concern, then the visa will have to be manually processed by the national unit of the specific member state. For a seamless application with no issues, it can take 96 hours for a visa to be issued. If additional information is requested, it can take a further 96 hours from when the information was received.

Before travel, authorities will have to check that the correct travel authorisation is in place for their journey. The visa will need to be checked for travel via different forms of transport such as air and sea travel. Coach travel will also be affected after three years.

As always, it is border control who will have the final say in whether you are allowed entry and can stay in a country or not and the ETIAS will help to highlight and protect against threats to the EU.

Due to the cost and administration, the UK government are hoping to reach a special agreement where Britain is unaffected by a visa requirement. Should the UK make a case, the European Parliament may reach an agreement which prevents the €7 fee and application process.

Although the ETIAS system is still at the proposal stage, it is thought that once fully approved the system will be in place by 2020.