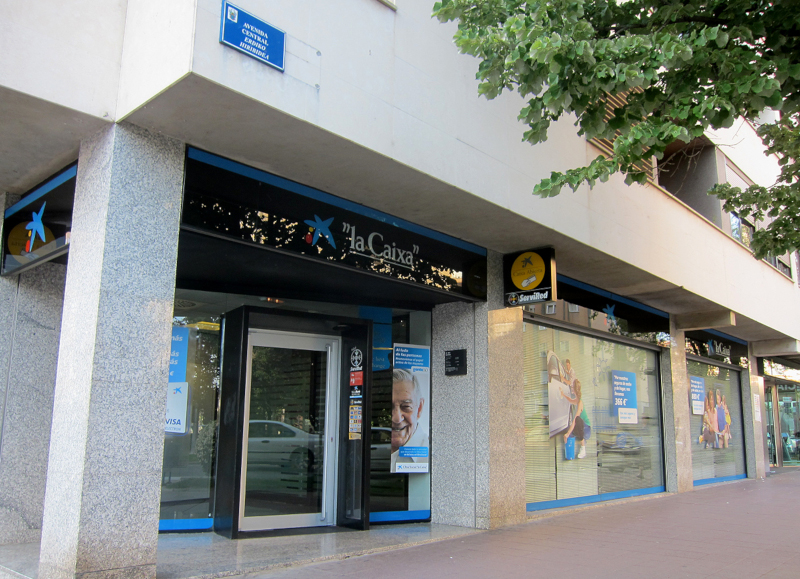 Over the past decade over half of all bank branches in Catalonia have closed, leaving hundreds of the municipalities regions without basic banking services and ATM machines. Of the 947 Catalan municipalities, 467 do not have a local bank.

This has meant that over 240,000 people, or 3% of the population do not have direct access to banking services or an ATM. Instead, they have to commute to another town in order withdraw cash or carry out everyday banking transactions. For some this can mean a trip of around 20-30 kilometres.

In a recent announcement, CaixaBank revealed that they would be closing 821 out of 4,461 of its branches in the country over the next few years. Many of them in the Catalonia region and resulting in around 70,000 job losses.

This also comes after Banco Popular announced in 2017 that they too would be closing all of their 300 branches in the region by June 2019.

But why are so many banks closing in the region?

Firstly, the banks have been pushing their online banking services more in order to reduce the overheads associated with running a network of branches. This in turn has meant a huge reduction in the number of ATM machines that are available to local customers.

This presents a major problem for older citizens who may not be be able to travel to a neighbouring town or have access to, or the confidence in using online banking.

Enric Vendrell of the Association of Banking Customers (Adicae) summed it up when he said "A nearby ATM should be an obligation , and for older people who do not have a car or reduced mobility, it's a basic service, not a luxury."

It seems that Spanish banks are putting more of their efforts into attracting a younger, more internet savvy customer at the expense of their older customers who have trouble with the new technologies.

Another reason for the banking exodus is the current political volatility in the Catalan region with many calling for a referendum seeking independence from Spain. This resulted in major banks moving their registered head offices from the region due to the uncertainty.

If Catalonia gets its independence, it would mean that the region was not within the E.U, which would cause major legal issues for the banks based there. As a result, Banco Sabadell were one of the first to move, relocating its registered office to Alicante and CaixaBank, the country’s third largest bank moving Valencia.

The Association of Banking Customers is calling for "a system which doesn't exclude part of its clientele" and believes that "the banks no longer seek to improve customer loyalty but instead are run like coffee shops that change owners every two or three years".