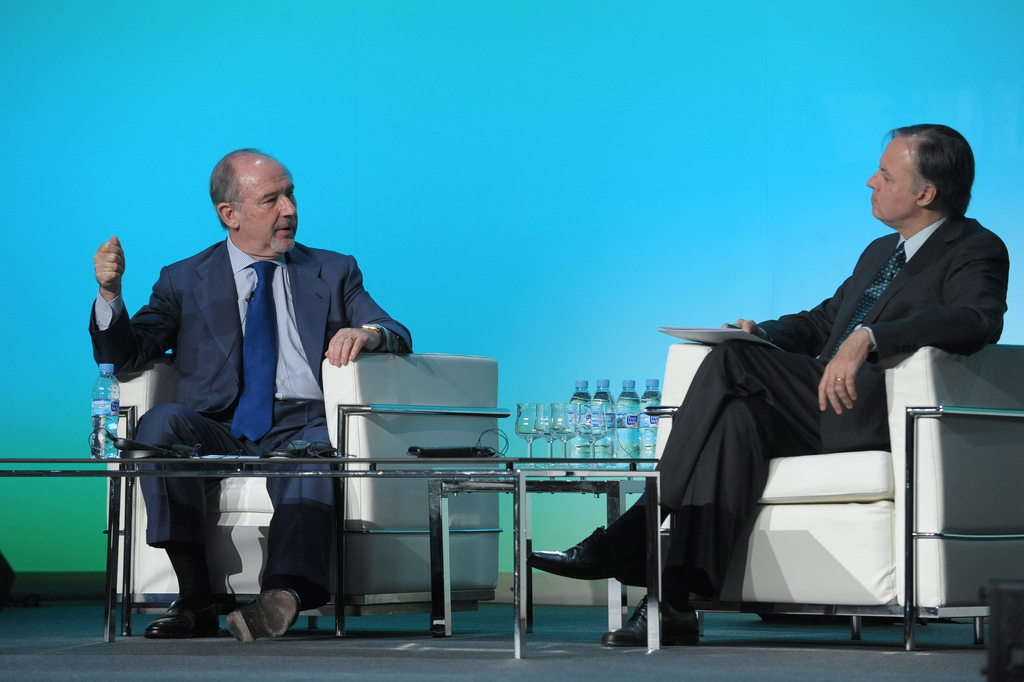 Ex-IMF chief claims in his trial that Bank Of Spain knew about fraudulent listing of Bankia.

During the trial of Rodrigo Rato, the former chief of the International Monetary Fund, he has claimed that the central bank of Spain knew about the fraudulent listing of Bankia. The trial looks back at the stock listing of Bankia that took place in 2011, deep in the financial crisis of Spain.

Rodrigo Rato has been accused of falsifying the books at the detriment of investors and fraud with the listing of Bankia. He is now one of 35 people standing trial in court in San Fernando de Henares.

However, he is already serving a prison sentence of 4.5 years for embezzlement.

Rodrigo Rato, who was the chief of the IMF from 2004 and 2007 and the previous economy minister of Spain claims that the Bank of Spain was fully aware of Bankia dealings. During his trial, he claimed:

"The Bank of Spain clearly indicated to us the steps that we had to take. I don't remember that they gave us many options."

Bank of Spain has yet to comment on Rato’s testimony.

Bankia was created in 2010 by merging several struggling and unlisted savings banks. After the collapse of Bankia, the Spanish state rescued the listing and subsequently had to borrow €47 billion from the EU to ensure the rest of Spain’s banking sector remained afloat.

Bankia was supported by 300,000 shareholders who each invested a minimum of €1,000 thanks to advertising and the claims of profits. However, in 2012, the share value collapsed, and Bankia admitted that it made a loss of almost €3 billion. As a result, thousands of investors lost their money, and the bank was nationalised with a cash injection of nearly €22 billion into Bankia.

Rodrigo Rato has denied wrongdoing, but could face five years in prison if he is found guilty.