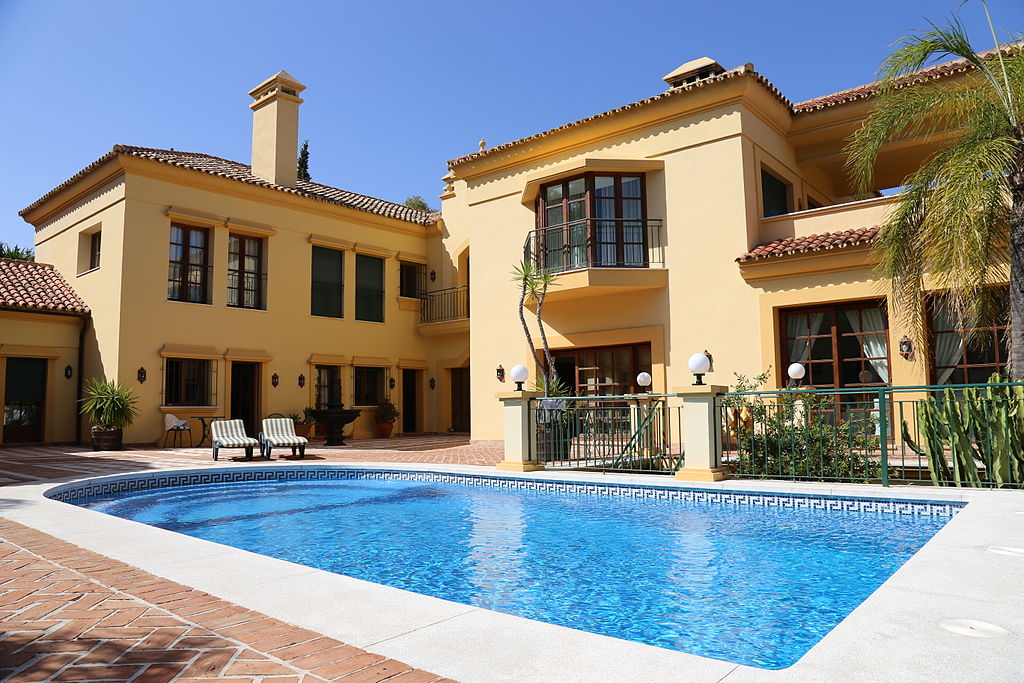 If you’re looking to purchase a property in some the Costa del Sol’s swankiest areas, you will need to have deep pockets with the average price per square metre in some areas reaching a whopping €6,000 per square metre.

A study by real estate services and investment company CB Richard Ellis (CBRE), suggests that the more desirable areas of the Costa del Sol such as Marbella are attracting a different kind of clientele.

Instead of investors speculating for a high return on their investment, wealthy foreign buyers with budgets of between €500,000 and €1 million, are now snapping up homes for personal use, attracted by the Costa del Sol’s year-round tropical climate.

The Spanish Costa’s have been a firm favourite with British, French and German investors for many years, however, there has been increased interest from other nationalities including those from nordic countries such as Norway, Finland and Sweden.

The study also revealed that the characteristics of new build properties are also changing, with higher quality homes being built incorporating a more clean, contemporary design with straight lines and large windows.

Prior to the crisis, little consideration was placed on the clients needs or the quality of the build as everything was being brought up by investors regardless. However, this appears to be a thing of the past with today’s more discerning buyers looking for that something special.

The most expensive properties can now be found in areas such as Marbella, Nueva Andalucia and Benahavis with prices averaging around €6,000 per square metre.

Popular towns including Torremolinos and Fuengirola have also seen a rise with an average price of €4,000 per square metre compared to just €2,500 for resale properties.

Other coastal favourites such as La Cala de Mijas have seen similar hikes with new builds going for an average of around €3,000 per square metre.

UK State Pension Age Increases To 66 From Today The retirement plans of millions of UK workers have been put on hold after the state pension age was officially increased today. The age at which...
Read More

What You Need To Know About Spain's New Remote Working Law Remote working or 'working from home' will now be regulated by a new Spanish decree which was approved on Tuesday by the Council of Ministers. In a...
Read More

UK Ambassador Reassures Brits Living In Spain Of Their Rights Post-Brexit With only 100 days before the transition period comes to an end, the UK Ambassador to Spain Hugh Elliott has taken the opportunity to reassure Brits...
Read More

Brits In Spain Could Lose UK Bank Accounts Under No-Deal Brexit UK citizen’s living in Spain could see their bank accounts closed under rules that would be imposed under a no-deal Brexit. With the end of the...
Read More

CaixaBank And Bankia Merge To Create Spain's Biggest Bank A deal between two of Spain’s largest banks has been approved creating the country’s biggest bank and changing the landscape of the Spanish...
Read More

Spain Wants Gibraltar To Join The Schengen Zone Authorities in Spain have proposed that Gibraltar should be added to the EU’s passport-free Schengen area when the Brexit transition period ends to...
Read More

Remote Workers In Spain To Be Protected By New Charter Spain is rushing through new legislation to protect the rights of those who work from home. Along with millions of people around the world, more...
Read More

Brexit Agreement Must Be Reached By October 15 Warns Boris Johnson British Prime Minister Boris Johnson has set a five-week deadline on finding a post-Brexit trade deal and has stressed that the UK is willing to walk...
Read More