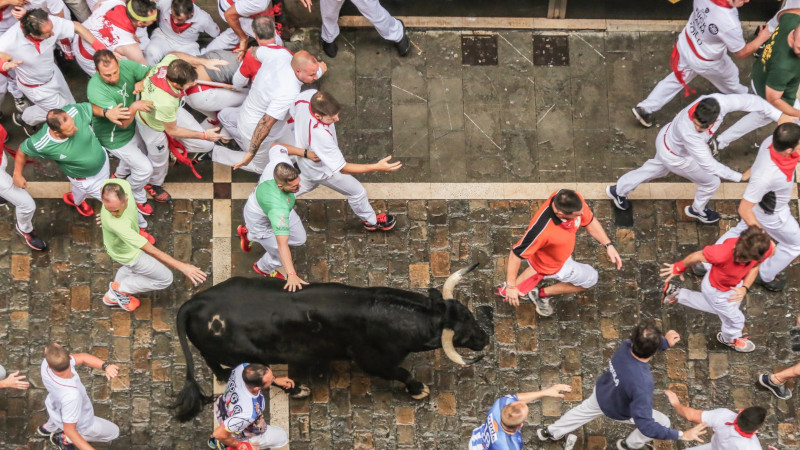 The traditional way of killing a bull by a spear-wielding crowd ends at Toro de la Vega festival.

The Spanish Supreme Court has rejected an appeal made by Tordesillas town hall who wanted to continue with the traditional torture of bulls. The Supreme Court has now ended the traditional way of celebrating Toro de la Vega in Tordesillas in central Spain. In the past, a bull was lanced to death by a spear-wielding crowd. However, the court has put an end to this practice at the famous medieval bull festival.

In a long-running battle, animal rights groups have repeatedly campaigned to outlaw the tradition because of the torture to the animal. The regional government outlawed the death of the bull as part of the fiesta. However, Tordesillas local council launched an appeal, of which the Supreme Court has rejected.

From 2016, the traditional Toro de la Vega festival involves the bull running through the town, but is not killed in public. Tordesillas local council launched their appeal by saying that over 40,000 fans attend the event. However, there are only 100 animal activists present. Furthermore, they argued that it enhanced the animal’s dignity rather than detracting from it.

However, the president of Spain’s animal rights party, PACMA, Silvia Barquero said that the killing of the bull “is not in accordance with the sensitivities of today’s society.”

After the Supreme Court rejected the appeal, the mayor of Tordesillas said that they are now requesting external legal services to find out what possibilities there are for the council for the future.

Recent survey results, however, show that 70% of Spanish citizens disapprove of bullfighting traditions across the country and it now feels that the government is catching up with popular beliefs of the country.